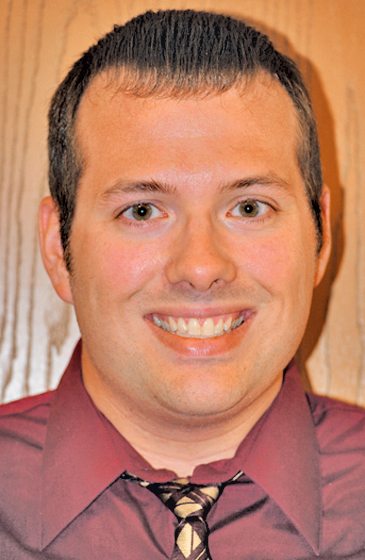 Changing coaches is never easy and sometimes, that can be painfully obvious.

Sometimes it happens quicker than expected and sometimes it takes what seems like years before it actually occurs.

However, eventually every team or school has to do it, and for the ones that I’ve covered, both here and in other locations before this, it usually ends up being the right decision.

I’ve seen a high school replace a longtime but hapless volleyball coach and have a much better season. I’ve also seen a good basketball coach get forced out due to whining from parents whose kids weren’t getting the playing time they wanted.

The team actually ended up playing at the same level as before, but the coach ended up being a lot happier when he left.

During the course of the 2016-17 season, Northern Michigan University decided to clean house as the head coaching contracts for the hockey, football and volleyball programs were not renewed.

The first two were expected, but volleyball was a bit of a surprise. However, when looking at the team’s achievements the last few years, it was clear why it happened.

So far things seem to have worked out or are at the very least, moving in the right direction. Under new volleyball head coach Mike Lozier, the Wildcats just missed out on making the NCAA tournament and were entertaining to watch.

Football is more of a question mark as the Wildcats finished 1-9 with new coach Kyle Nystrom after going 3-8 the previous year under Chris Ostrowsky.

Looking at the records, it may appear that the change was a poor decision on NMU’s part, but Nystrom was dealt a tough situation as he inherited one of the worst defenses in the country and eventually had to start a true freshman at quarterback in Ryan Johnson.

However, the Wildcats made progress as the year went along and lost their last two games by a combined five points, so it looks like this season may be a better one.

Northern had the foresight to make some changes, so it’s time that the Detroit Lions do the same thing with head coach Jim Caldwell. This season had the potential to be a big one for the Lions, who had just handed out a huge contract to quarterback Matthew Stafford, and appeared on paper to be a team on the rise thanks to a strong receiving corps.

When Minnesota had to resort to using third-string quarterback Case Keenum, and Green Bay quarterback Aaron Rodgers went down with a collarbone injury, the NFC North should’ve been the Lions’ for the taking.

Instead, Keenum is having a career season whereas Detroit never could gain momentum. When the Lions got blown out by Baltimore in Week 13, where during one series, Detroit lined up only nine players on the field, they were forced into desperation mode from that point on.

The Lions basically needed to win the rest of their games to have a chance to make the playoffs. Those fleeting hopes came to an end last weekend when Detroit lost to a bad Cincinnati team, which had just gotten crushed by both Minnesota and Chicago.

The game was pathetic to watch as the Lions appeared to be sleepwalking almost the entire game, which is mind-boggling considering that the season was on the line.

However, the biggest moment of the game came from Caldwell. With the Lions trying to keep their season alive, Stafford found Golden Tate downfield for a huge gain, but the pass was ruled incomplete even though replays showed that Tate probably came down with the ball.

With Detroit’s playoff hopes quickly slipping away, one would assume that Caldwell would either throw the red challenge flag or simply ask for a review.

Instead, he did neither and the Lions chose to punt the ball. The commentators were in disbelief and so was I and just about every other Lions fan I know.

How could he not want an extra look? It was a close play and the replays were showing there was a good chance that the call could be overturned. Even if the odds weren’t great, you’d think Caldwell would at least try to to get the call, but he ended up shrugging it off and refocused whatever energy he had remaining toward putting together a final defensive stand.

As we all know, it didn’t work as the Bengals scored on their ensuing possession and sealed the Lions’ fate.

It’s rare that one moment determines whether a coach gets fired or not, but it has happened before. The biggest one that comes to my mind is in baseball, in the 2003 American League Championship Series, when Boston manager Grady Little left pitcher Pedro Martinez in far too long during Game 7 and the Red Sox fell in extra innings to the hated New York Yankees. Well, last Sunday was Caldwell’s “Grady Little” moment and now the Lions need to address it this coming week.

This isn’t to say that Caldwell is a bad coach. He’s actually one of the better ones in the league and has one of the Lions’ highest winning percentages as a coach, leading them to the playoffs twice.

However, what is impressive for the Lions is mediocre to the rest of the league. A 10-win season and another playoff berth would’ve probably saved Caldwell’s job, but his tenure as coach was all but over as soon as he refused to toss his challenge flag.

It’s not easy watching someone lose their job, especially someone like Caldwell, who’s known for being a class act. I’ve seen it happen at each of my stops so far in my career and it’s sad to see, especially when you respect that person.

However, in the end, professional sports and college sports as well are businesses and letting Caldwell go is the smart business decision.

Ever since I’ve moved up here, I’ve tried to justify supporting Caldwell to Lions fans in the Upper Peninsula, but I just can’t do it anymore and if I can’t bring myself to do it, the Lions shouldn’t either.

Change is never easy, but in the end, this will be the smart decision for everyone involved.