Playoff position means everything in NFL at end of season 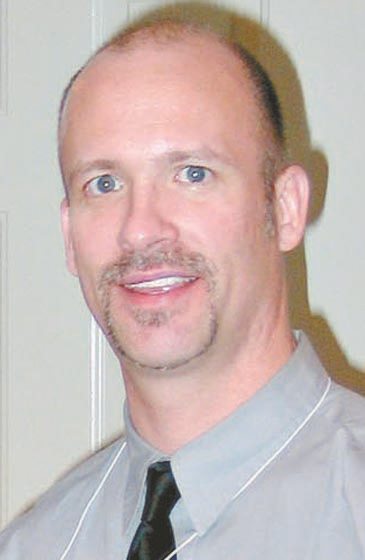 You have to give the NFL credit for trying.

With numerous games on Sunday deciding playoff berths, division titles or home-field advantages, the league moved around some games so those vying for a position play at the same time.

That included not moving any game to the night.

With possibly one exception, no team knows what it does or doesn’t have to do after some other team already played itself into or out of a particular position.

I say every year that there are three kinds of teams when you come down to the last few weeks — particularly the final weekend — of the season:

• Teams playing for their playoff lives or for home field. Supposedly these should be the teams with the most to play for, but I’ve noticed in the last five to 10 years that a lot of these teams choke when everything is on the line and the pressure is on.

• Teams out of the playoffs. The poorest of teams, these squads should be pushovers but often play the best this weekend, apparently since they haven’t nothing to lose. You’ll see a lot of aggressive play-calling and risk-taking as they empty out the playbook with the season grinding to an end. Where were they the rest of the season?

• Playoff teams locked into their positions. These should be, and often are, the poorest performing teams at the end of the regular season since their games are as meaningless as the last preseason game. They show it by not playing a lot of starters, or at least not very much; again just like most preseason games.

With this in mind, here’s a few startling picks for Week 17:

Green Bay at Detroit — Should be a good game, but the Lions have more on the line if the players are interested in Jim Caldwell keeping his job. Plus while Brett Hundley has improved at quarterback for the Packers, Detroit cornerback Darius Slay could make him pay for all those errant downfield throws with multiple interceptions. Lions, 34-24.

Houston at Indianapolis — Two more teams out of the hunt, but I like Houston’s potential when properly motivated. Texans, 27-23.

Chicago at Minnesota — The Vikes haven’t clinched a first-round bye yet, so there’s motivation, and it’s against these sickly bruins. Vikings, 30-19.

New York Jets at New England — If this game were in New York, I’d be tempted, but it’s in Foxborough with New England still needing a win to clinch the No. 1 seed in the AFC. Patriots, 33-29.

Washington at New York Giants — I’m tempted by a New York team again, but the Giants only show up every four or five weeks. Just because it’s the end of the season doesn’t mean anything. Redskins, 24-20.

Dallas at Philadelphia — The first of the “don’t care” teams, the Eagles have nothing to play for with the No. 1 seed in the NFC locked up. Cowboys, 31-17.

Cleveland at Pittsburgh — Ooooh, this is the biggest temptation. Even though Pittsburgh has a shot at the No. 1 seed in the AFC with a win and Patriots’ loss, Steelers coach Mike Tomlin has already been talking aloud of resting his starters. But between Cleveland having that special talent for losing and Pittsburgh having divisional pride for not wanting to be the only “blemish” on the Browns’ record, I’ve got to go with the Steelers, 23-17.

Carolina at Atlanta — Both have plenty on the line and I don’t trust the Falcons’ defense. Panthers, 34-30.

Cincinnati at Baltimore — Though the “choke” rule could hurt the Ravens, I think their defense will rise up against a divisional opponent, especially one whose attention seems to wander off at the most inopportune times. Ravens, 19-13.

Buffalo at Miami — Here the “choke” rule makes more sense. The Bills are playing on the road and their offense tends to come and go. Watch it go. Dolphins, 23-13.

New Orleans at Tampa Bay — When the Saints have all their personnel, they’re my NFC pick for the Super Bowl. Saints, 28-20.

Jacksonville at Tennessee — Jacksonville’s a “who cares” team, locked into No. 3 or 4 seed in the AFC. The Titans are in the playoffs with a win, and I’m thinking the hated Jags will settle Tennessee’s nerves. Titans, 20-17.

Kansas City at Denver — KC is also locked into No. 3 or 4 in the AFC. John Elway orders the Denver playbook emptied of all of it plays. Broncos, 33-23.

Oakland at Los Angeles Chargers — The Chargers may choke, but the Raiders don’t have the defense to take advantage. Chargers, 27-19.

San Francisco at Los Angeles Rams — Minnesota’s early-game win locks the Rams into the No. 3 or 4 seed in the NFC. A “who cares” team against the hottest QB in the league, Jimmy Garoppolo. 49ers, 29-20.