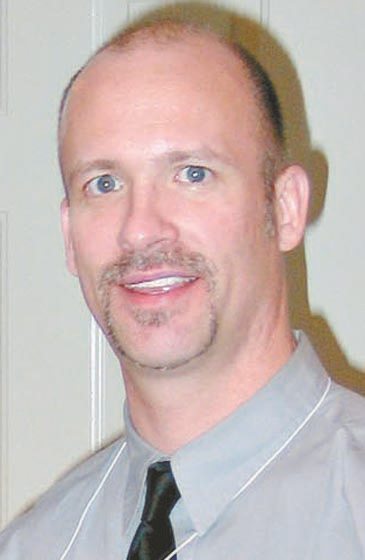 ESPN should come to the Upper Peninsula this week to see just how the Detroit Lions-Green Bay Packers rivalry turns into a civil war as the teams prepare to be the Monday night game this week.

Because the Lions were so woeful for so long, I would imagine most Packers’ fans outside the U.P. think of their divisional rivalries with the Minnesota Vikings and especially the Chicago Bears as much more intense.

But now that the Lions are becoming respectable again, this U.P. rivalry could spread throughout the two teams’ entire states just like in the old and not-so-old days.

You know, like when they were both NFL championship caliber in the 1950s, or when both were mediocre or worse during much of the ’70s and ’80s.

Ever since Barry Sanders left Detroit and Brett Favre arrived in Green Bay, these teams have gone in opposite directions.

I won’t bore you with those details, mainly because I’d rather not relive the last two decades as a Lions fan.

It’s unfortunate that the Packers have lost all-everything quarterback Aaron Rodgers for an extended period, but with the Lions’ recent struggles, it makes this week’s game being played in Green Bay quite intriguing. You’ll have to wade through the rest of my picks unless you want to cheat and go to the end to see how I see this shaping up.

Now onto Week 9, a second straight week with just 13 games as six teams are on the bye:

Buffalo at New York Jets — Despite a healthy respect for the concept of reverse momentum, I like what I’m seeing out of Buffalo lately. Bills, 27-23.

Atlanta at Carolina — The Falcons’ defense should be just the tonic Carolina’s Cam Newton needs to right himself. Panthers, 33-24.

Indianapolis at Houston — I thought I pegged the upset in Seattle on Sunday until Houston somehow threw away the lead despite getting the ball back with two minutes left. At least they’re playing high-level teams at the necessary high level. Texans, 29-20.

Cincinnati at Jacksonville — I’ve pieced a couple reports together on the Jaguars — they can win anywhere but Jacksonville, and they go as QB Blake Bortles goes. So Bortles apparently tries too hard in front of the home fans, stymieing a good defense with his terrible play. Let’s see if it continues to happen. Bengals, 17-16.

Los Angeles Rams at New York Giants — The rest of the Giants responded when they suspended Dominique Rodgers-Cromartie for a game. How long does that effect last for a 1-6 team? Rams, 28-20.

Denver at Philadelphia — Two more teams going in opposite directions. Don’t let me get in their way, not with Brock Ostweiler QBing the Broncos. Eagles, 19-13.

Back to normal, especially with Tennessee QB Marcus Mariota getting two weeks of recuperation and rookie receiver Corey Davis back after six weeks out. Titans, 33-13.

Arizona at San Francisco — Patriots backup QB Jimmy Garoppolo may be the savior in San Fran, but he won’t play quite yet. Not that I like Arizona a whole lot, though. Cardinals, 10-9.

Washington at Seattle — The Redskins should seem like a breather after Seattle had to deal with Houston’s Deshaun Watson last weekend. Seahawks, 24-17.

Kansas City at Dallas — Will he or won’t he, as in Ezekiel Elliott’s playing status pending federal court appeals. Rather than try to figure that out, I like KC facing Elliott more than I like the Cowboys without him. Chiefs, 27-24.

Oakland at Miami — Two floundering teams; I’m surprised NBC didn’t try to jettison this game for something like the Rams-Giants just for the big-city ratings. Oh well. Raiders, 35-28.

Detroit at Green Bay — What you’ve all been waiting for!

If the green of the Packers’ defense looked even slightly like the black of that Steelers’ unit, I’d predict the Lions to score 15 points like they did against Pittsburgh.

But this Packers “D” isn’t. Between that and GB QB Brett Hundley still awfully green (the inexperienced kind), a Matt Stafford-led Detroit offense that repeats 482 yards is going to get into the end zone early — or maybe just late — but often. Lions, 31-24.