NASCAR won’t be the same without Dale Jr. 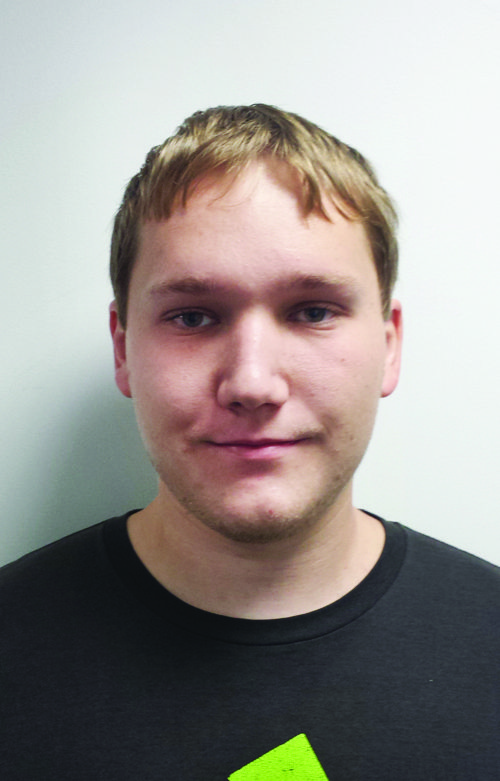 I used to defend against those arguments, but now I’m starting to feel like those people are right.

Dale Earnhardt Jr. will be running his final Cup series race at Homestead-Miami Speedway on Sunday and it will mark the end of an era for the sport.

Claiming the title of NASCAR’s Most Popular Driver for the last 14 years and most likely soon to be 15, Junior is clearly a fan favorite to be had by all, including myself.

I got into NASCAR in elementary school after I caught a replayed race on TV one night. The race was at Richmond if memory serves me right and the first thing that stuck out to me was that iconic red Budweiser No. 8 car. I’m a huge fan of Dale to this day.

I used to watch NASCAR religiously on Sundays. I turned down friends who wanted to make plans and I would sit there all four-plus hours watching every lap from green to checkered, hoping Dale would do well or pull off a win.

Quite frankly, I sat through it all. The most glorious wins and the most heartbreaking losses.

Dale seemed to lose more often than anyone, going through some of the most painful losing streaks in sports. There was a stretch from 2006 to 2008 before he joined NASCAR powerhouse Hendrick Motorsports and eventually picked up a win at Michigan International Speedway.

After that, it was four. Four. More. Years. Without a win.

He came close so many times. I remember the 2011 Coca-Cola 600 when he was leading on the final lap and ran out of fuel in turn four. It was one of the most gut-wrenching sports moments of my life. On par with the “Fail Mary” with the Green Bay Packers and replacement referees and Cristiano Ronaldo’s dagger of a soccer goal versus the United States in the 2014 World Cup.

I cried that night. I’m not afraid to admit it, but hey, I was young, and many men cry over sports. I was absolutely devastated. When your driver is winless for the last three years and comes within one turn, it stings a little.

It was just over a year later that Dale in his black “Dark Night Rises” car completely dominated the day at Michigan International Speedway. I remember this clearly, because I was at the race.

Every lap, every pit stop, every restart that No. 88 Chevrolet, or “the Batmobile,” would zoom out to the front of the pack immediately. It was time for a win.

Final lap, the place is going berserk. I remember as he came out of turn four I was just leaping and screaming for joy along with everyone else in attendance.

Dale Earnhardt Jr. had won a race for the first time in four years; 143 races to be exact. It’s still one of the greatest sports moments I’ve been able to witness live.

Other memories include the 2014 Daytona 500. What a marathon. After a rain delay of more than six hours and a few big wrecks, I sat through to the end and I’m sure glad I did.

A race that began at 1 p.m. finally ended at 11:18 p.m. with Junior crossing the finish line in first place. I remember leaping for joy in my living room and making all of this noise while everyone else was already asleep. It’s true when I say I was smiling in school the rest of the week.

Junior went on to win three more races in 2014 and in 2015. It had to be one of the most successful stretches of his career.

But Junior hasn’t won since. Running into concussion issues, recently married and striving to start a family while continuing to run his race team, Junior announced 2017 would be his last.

I was sad when he announced his retirement not only due to the fact that he’s my only favorite driver, but also thinking along the lines of where does NASCAR go from here?

It’s one big joke these days, really. Season after season the cars change, the rules change, sometimes they even make rules up in the middle of the year. Penalties are inconsistent and races can be a complete circus sometimes.

NASCAR is trying too hard to be like ‘stick and ball sports,” calling its championship “playoffs” and calling extra laps “overtime” and when the championship comes down to four drivers in the last race it’s the “final four.”

I tuned into one race earlier this season and it took the commentators a good five minutes under a caution to explain how this year’s point system worked. I tuned right back out and switched to football, because that’s a joke.

I’m not saying NASCAR needs to be for the simple-minded, I’m saying the sport needs to go back to its glory days, when there were no “playoffs” or “overtime” and the championship was earned based on points all season. It was exciting back then, and now it’s almost unwatchable. It doesn’t need to be rocket science.

NASCAR is trying too hard to appeal to new crowds and the younger generation. Instead, stick to what you know works. Enough of the gimmicks.

CEO Brian France won’t even comment on the removal of grandstands at several tracks and a couple of years ago, NASCAR stopped releasing attendance numbers altogether. I wonder why?

It’s not only that. Along with Junior about to make his grand exit, Jeff Gordon, Tony Stewart and Carl Edwards are among others who have retired in recent years. Greg Biffle didn’t even have a ride this season, and Matt Kenseth and Danica Patrick, “free agents,” haven’t received any offers yet for next season.

Making people wonder if their careers are done for, too. And how much longer do guys like Jimmie Johnson, Ryan Newman and Clint Bowyer have?

All of these known names that you rooted for over the years are driving straight into retirement. A younger generation of drivers is moving in. And no that’s not a bad thing, but if you want to continue to watch NASCAR, who do you pick?

Bill Elliott’s son Chase is making strides this season. Kyle Larson is a talented young man as well. There’s a lot of young talent to choose from, but for me, I don’t know if I can.

I don’t know if it’s possible for me to pick a new driver and become as attached as I was to Dale Jr. My bedroom wall is still decked out with Junior stuff. Let’s just say it’s going to be difficult for me to closely keep an eye on NASCAR without losing interest.

I’m sure I’ll continue to follow the sport and keep up to date on the important aspects, but will I bother clearing my Sundays to watch every single race like I used to? Not at all. It’s not worth it anymore.

Call me when NASCAR gets back to basics, and it doesn’t take a college physics professor to explain how the point standings work.

Dale Jr., thank you for the memories. It’s been a ride. Go get one more win on Sunday.