Rev up the scoring 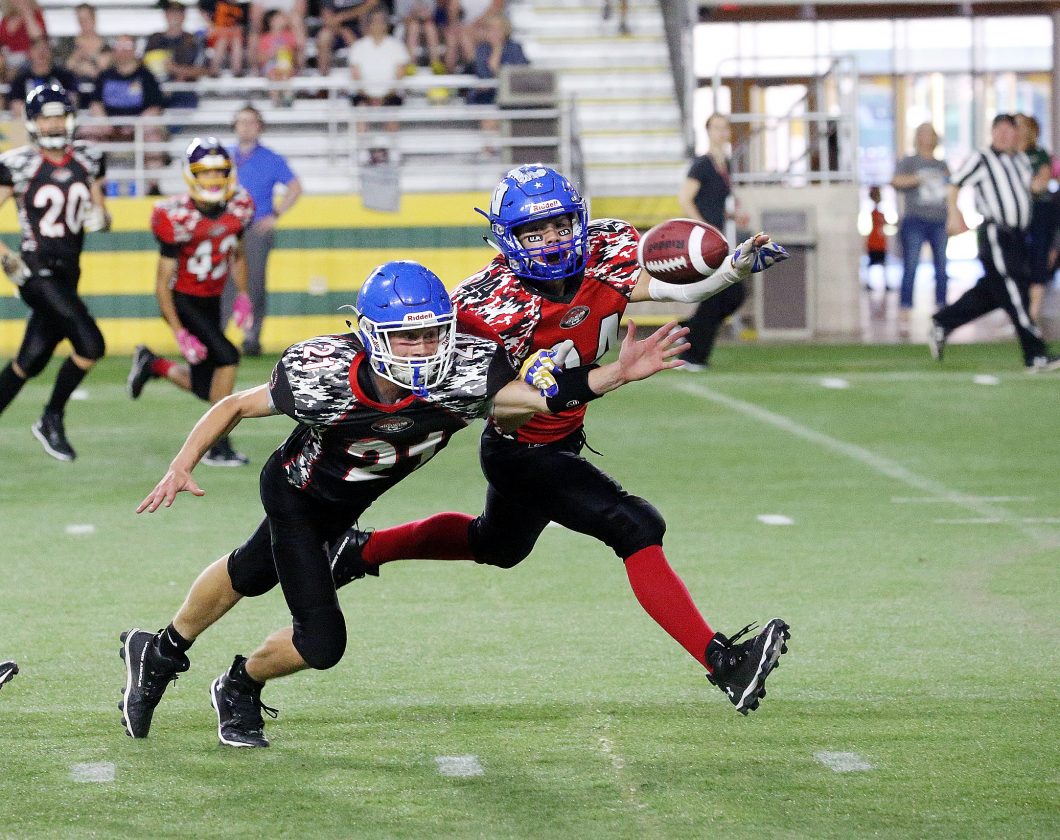 MARQUETTE — The 12th annual Upper Peninsula Football All-Star Game was a booming success that sent 87 seniors from around the U.P. off on a high note.

It was Travis Ojala who sent his team to victory as well, with the Calumet linebacker notching a fourth-quarter interception that he returned for a touchdown with 4:49 remaining that all but put the game out of reach.

Thanks in part to that play, the Red All-Stars earned a 42-28 win over the Black All-Stars at the Superior Dome on Saturday afternoon.

It was also the first win for Team Red head coach and Manistique assistant Cody Kangas, who was 0-3 as an assistant coach at this game.

Kangas credited Ojala’s pick, as well as a 41-yard TD run up the gut from Gladstone’s Brody Sanville just before that.

“Our offense was struggling a little bit throughout the day, but our defense really kept us in the ball game,” he said. “Those guys did a fantastic job.

“We started to look at our off-tackle stuff (on offense). We ran ‘power’ once or twice, got some decent yards and finally broke them. The very next drive we came back and got a pick-6 (Ojala’s interception return). Those two plays back to back really put us over the top.”

When coaching players from a variety of schools with little time to prepare, Kangas said the strategy was simply to work with what they had at each position.

“Once we drafted our players, we kind of looked at who we had and tried to put those players in the best situation we can to be successful,” he said. “We knew we were athletic, so we wanted to get our four receivers out there, give our (running) backs the ball whenever possible, that’s kind of the main thing.

“When you get athletes like this in the U.P. All-Star Game, you use those athletes to try to bring it home.”

“We had some really great kids on that Black team that played their heart out,” he said. “My hats off to the Red team. They made some big plays when they needed to and one of those guys was my guy (from Westwood), Nathan Beckman. I couldn’t be more proud of him.

That perspective Syrjala mentioned was getting the humbling opportunity to work with athletes he’d never met before.

“I had a kid, Brandon Christensen from Newberry, wonderful young man,” he said. “We had a whole bunch of those guys. That’s why I like this week and that’s what I think it’s all about.”

Beckman rotated in as his team’s quarterback with Escanaba’s Craig Kamin. Being the only Patriots player on the Red side with four of his Westwood counterparts playing for Black, it only made the game all the more fun.

“It was a little weird, but it was fun,” Beckman said. “There was a little bit of trash talk on both sides and it was a friendly competition. It was a lot of fun.”

Beckman will continue his education and football career at Michigan Tech in the fall, majoring in engineering.

“That’ll be a lot of fun,” he said. “We’ve got a lot of guys playing in this game that are going up there. It’s a lot of hard work going into the season and it should be a lot of fun.”

Two of those guys joining him on the Huskies’ roster will be Tucker Taylor of Gwinn and Ethan Martysz of Marquette.

Taylor, a two-time all-conference and two-time all-state tight end as well as a captain for the Modeltowners, played for the Red on Saturday.

“I got to share this experience with a lot of people I didn’t know very well, but I got to know them a lot better this week,” he said.

Taylor also thanked Gwinn head coach Dion Brown for making his days as a Modeltowner memorable, while two of his Modeltowner teammates — Eddy Chapman on Black and Seth Aho on Red — also played.

“He’s turned the whole program around,” Taylor said of Brown. “Eddy and Seth have been my friends since … I can’t even remember. We’re just all really close and love to bond.”

Taylor plans to major in wildlife ecology and management.

Martysz also received several accolades at wide receiver for the Redmen, including an all-state honorable mention, and plans to study exercise science at Tech.

Martysz’s biggest play of the day was a more-than-90-yard kickoff return in the first quarter that knotted the game at 7-7.

“That was great,” he said. “The kick return team blocked very well, set up a nice hole and I hit it as fast as I could. That was my first kick return I’ve taken back since freshman year, so it felt great to do that.”

“He’s a very intelligent quarterback,” he said. “He knows when to get out of the pocket, knows where to throw it at the exact time, he’s very smart with a high football IQ.”

Also handed out was the Character Award, which went to Brent Loukus of Calumet for the Red side and Alex Cannoot of Marquette for Black.

The teams were tied 7-7 after one quarter before Red took a 21-14 lead into the locker room at halftime.

It was a 21-21 game after three before a pass from Beckman to North Central’s Brady Eichmeier gave Red a 28-21 lead with 12:47 remaining.

The Black All-Stars countered with a 1-yard TD run from Terrian to tie things up 28-28 before the Red side pulled away for good behind Sanville’s TD run and Ojala’s pick-6.