Go out with a bang 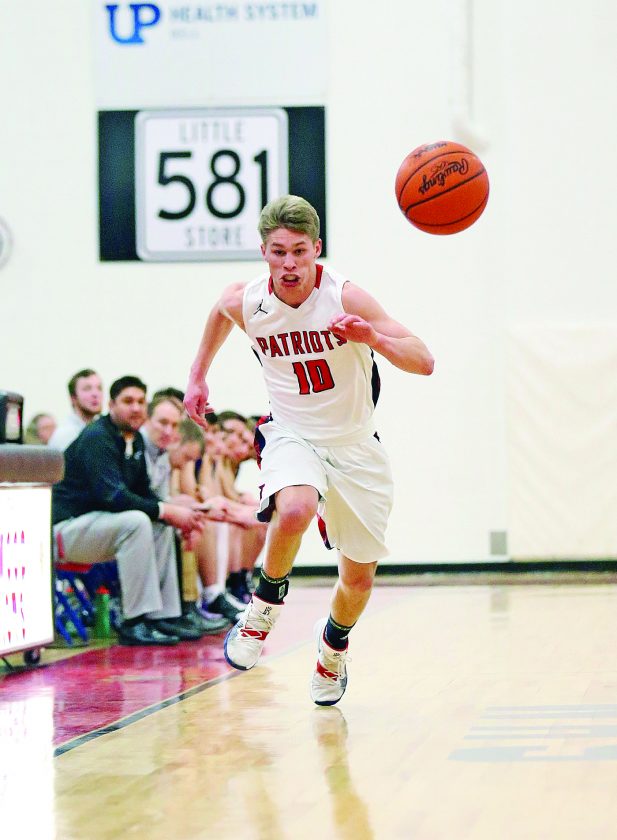 KINGSFORD — If someone was trying to name the leader of the Westwood boys track and field team, they’d probably look first to Nathan Beckman.

The senior sprinter set a school record in the 200-meter dash at the MHSAA Upper Peninsula Division 1 Finals last Saturday and was the anchor of the Patriots’ winning 400 and 800 relay teams as Westwood finished in a second-place tie with Marquette in the final team standings.

“I thought we had a pretty good day,” Beckman said after he finished the 200. “We got a school record in the 800 relay and that felt pretty good. We ran great times and took another first in the 4-by-100. (Negaunee’s Drew) DuShane got me in the 100, I took second there, but I finished the day strong to win the 200. So that feels really good.”

As strong as Beckman’s performance was at the U.P. Finals, he’s going to be remembered for much more than that. He wasn’t just a leader on the track, but in other sports as well.

Beckman was the quarterback of the Patriots football team. As a junior he helped Westwood earn its first playoff win since 2009. Then as a senior, he was named the U.P. Sportswriters and Sportscasters Association All-U.P. Dream Teamer as a quarterback-running back as the Patriots made another playoff appearance.

If that wasn’t enough, Beckman was also a UPSSA All-U.P. Second Teamer this winter with the Patriots’ boys basketball team.

And was just on the playing field. He was also Westwood’s valedictorian with a 4.0 grade-point average as well as serving as his class vice president all four years.

For his athletic and academic achievements, he earned a scholarship from the Upper Peninsula Sports Hall of Fame executive council last month.

Westwood head football and boys track and field coach Scott Syrjala had lots of praise for Beckman after the U.P. track finals and talked about not only about Beckman as an athlete, but as a person.

“I’ll talk about him as a person first,” Syrjala said. “I always say good people make good athletes. Him and I are close. One of the closest I’ve ever been to a kid.

“I was tough on him early on and the accolades and awards and everything he has received have absolutely 100 percent been earned. He’s one of the hardest workers I’ve ever been around. He’s a smart kid. He’s a valedictorian.

“But he’s a great kid to be around. He’s fun and he’s a jovial kid. We joke with him, but when it’s time to be serious, he’s serious. When it’s time to work hard, he works hard.

“All my kids, I hope to carry out a relationship with beyond high school, but he’s one of them. All the kids that are going up to (Michigan) Tech this year, I’m going to follow their careers and I’m going to follow Nathan’s. He’s been an integral part of our success at Westwood and I’m not talking just about track or football or basketball.

“That entire senior class that he’s a part of is one of the best classes, if not the best, class I’ve ever been around. There’s some great human beings in that class, boys and girls.

“It means a lot to me that I was fortunate enough to coach him. You come across a kid like that in your career, it just makes everything worth it. Win or lose, he’s a great human being and he’s a great person. I love the kid to death, I really do, and I wish him nothing but the best.”

Beckman will attend MTU in the fall, continuing his football career with the Huskies. He’s recruited to be a defensive back, which won’t be a change as Beckman was a three-time all-conference selection at that position on defense.

When asked how to sum up his career with the Patriots, Beckman talked about how he gave the best effort he could. He struggled to pinpoint a favorite moment, though, saying that he just enjoyed the whole ride and he’s excited to join the Huskies.

Based on what he’s done at Westwood, Patriots fans should be looking forward to that as well.