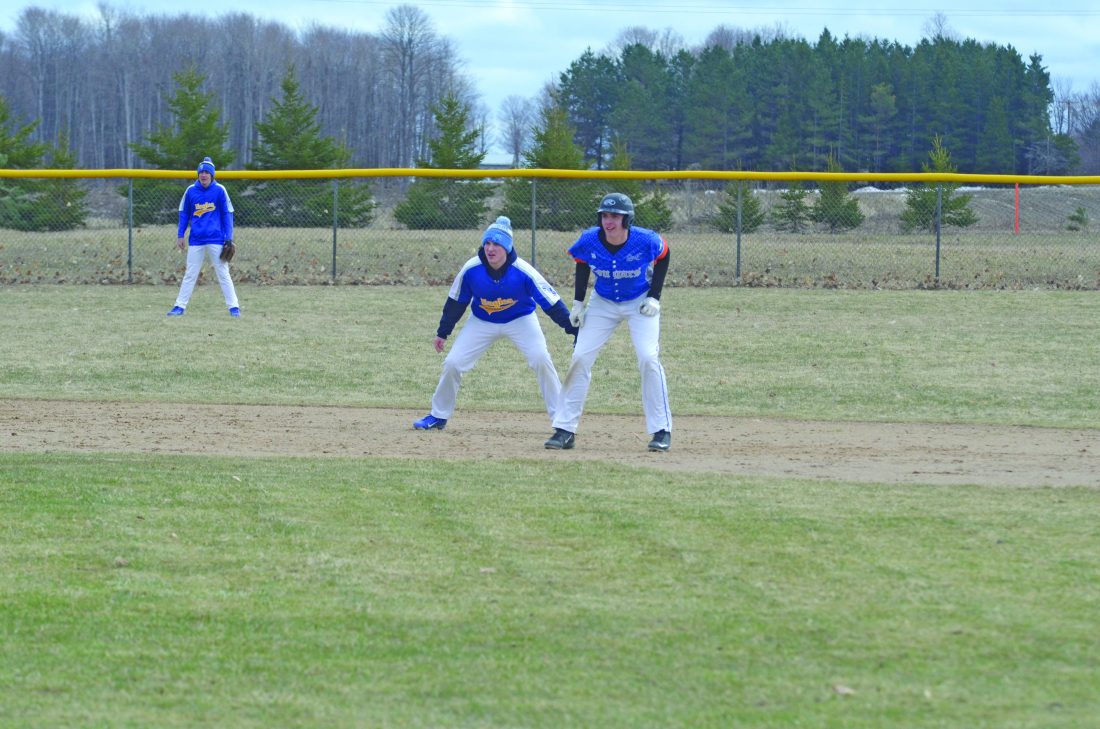 Superior Central's Clayton Smith gets a lead off of second base during the Cougars' game versus Stephenson on Friday, April 26, 2019. (Journal photo by Ryan Spitza).

After throwing a no-hitter and hitting for the cycle in a game against North Central last week, the senior out of Munising, but playing for the Cougars struck out 12 of 13 batters in a 15-0 mercy-rule win over Stephenson in Game 1 of a doubleheader on Friday afternoon.

Strong winds and 30-degree weather didn’t hurt Smith’s arm at all, allowing just one hit and no walks in the four-inning victory.

“It didn’t really affect me,” he said. “I think the ball was moving with the wind, but my arm is also a little tired.”

Cougars head coach Walter Smith was happy with his offense and Smith’s performance on the mound, but the main thing was keeping his team focused in not-so-ideal conditions.

“Everybody hit and this was Clayton’s first hit he’s given up all season” he said. “It’s cold weather, but you’ve still got to come out and play. You’ve got to keep stretched out. You worry about people pulling hamstrings and such. They’re still kids, so you’ve got to keep their minds in the game.

“Sometimes for a minute, you think ‘I don’t want to be here.’ When you get hold and it doesn’t go your way, you have to keep your minds in the game and be ready to play.”

A double to center field from Eli Werner opened the scoring for the Cougars in the bottom of the first inning.

After a bases-loaded walk given up by Stephenson pitcher Preston Kuntze made it 2-0 in the second inning, another crack to center from Werner scored Matt McLaury and Zach Englund to make it 4-0.

In the same inning, Smith swiped home plate on a clean pitch, just beating the tag to make it 5-0.

The Cougars tacked on 10 more runs, and the game was called at 15-0 in the fourth after Englund hit two runners home on a base hit to left field.