Right down the middle 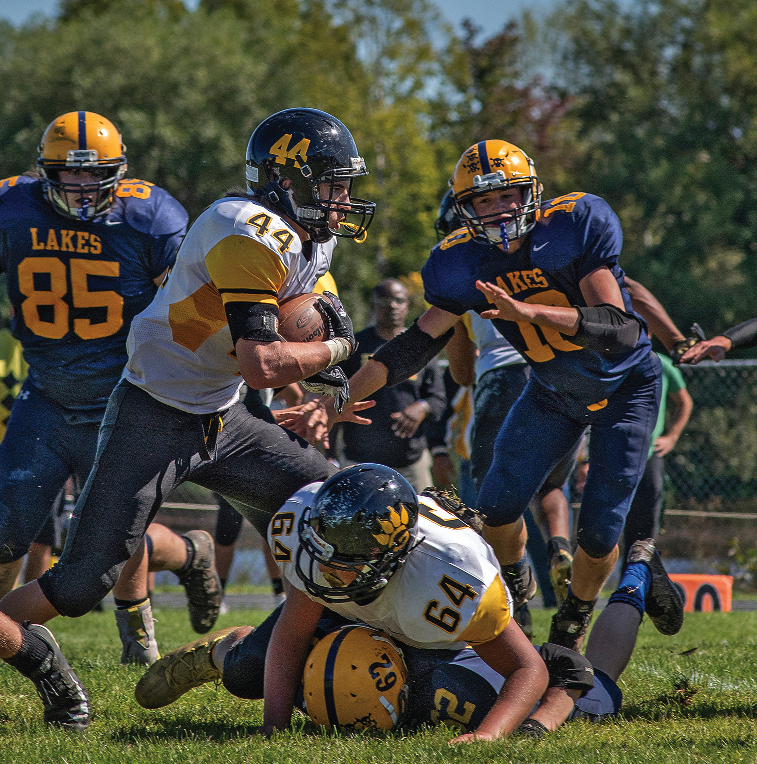 Players were chosen in the draft, which was held March 16 at Buffalo Wild Wings in Marquette Township, by the 16 U.P. coaches who will work with the teams leading up to the game to be played near the end of June in the Superior Dome in Marquette.

The split of area players was 16 for the Black team and 14 for the Red. The area schools represented are Gwinn, Ishpeming, L’Anse, Marquette, Munising, Negaunee, Newberry, Superior Central and Westwood.

Ishpeming High School has most representation with six players, followed by five each from Marquette and Westwood; three each from Gwinn, Negaunee and Superior Central; two each from Munising and Newberry; and one from L’Anse.

Those 30 area players represent more than a third of the 88 who were available in the draft. All players in the game, to be held at 1 p.m. on Saturday, June 29, must be high school seniors at U.P. schools who have used up their MHSAA eligibility in football.

The all-star coaches know the area players well as those staffs also had heavy representation from area schools.

In fact, the Black coaching staff is made up entirely of coaches from Westwood and Ishpeming high schools. Patriots head man Scott Syrjala is the Black team head coach, while recently retired Ishpeming mentor Jeff Olson will be among his assistants.

But when the draft was tried in 2017, organizers found the game more competitive and kept this system.

Former high school teammates now often find themselves on opposite sides of the ball while at the same time teaming up with former opponents.

With the nearly even split of area players on the Red and Black squads, it’s not surprising that only one area school’s players will find themselves all on the same team in June — that’s Superior Central, whose three representatives will be on the Red team.

Players and coaches take part in a week full of events leading up to the game, which includes a canned food drive, media day, skills challenge, visit to Bay Cliff Health Camp in Big Bay and an All-Star banquet.

Tickets are available for $7 at the door or $6 in advance by visiting the U.P. Football All-Star Game website at http://upfootballallstargame.com/UPFBTickets.aspx.

DVDs and official game programs are also available at the website, as are photos that can be downloaded for free at http://upfootballallstargame. com/UPFBMerchandise.aspx.

Proceeds from the game will be donated to Beacon House, the U.P. Sports Hall of Fame and to Brimley and North Dickinson schools.

Equipment, including practice jerseys and football, will be donated to Westwood, Manistique and Sault Ste. Marie high schools.

Here is the draft of area players, listed alphabetically, by the team each will play for. Full rosters are available at the all-star game website at http://upfootballallstargame.com/UPFBRosters.aspx: