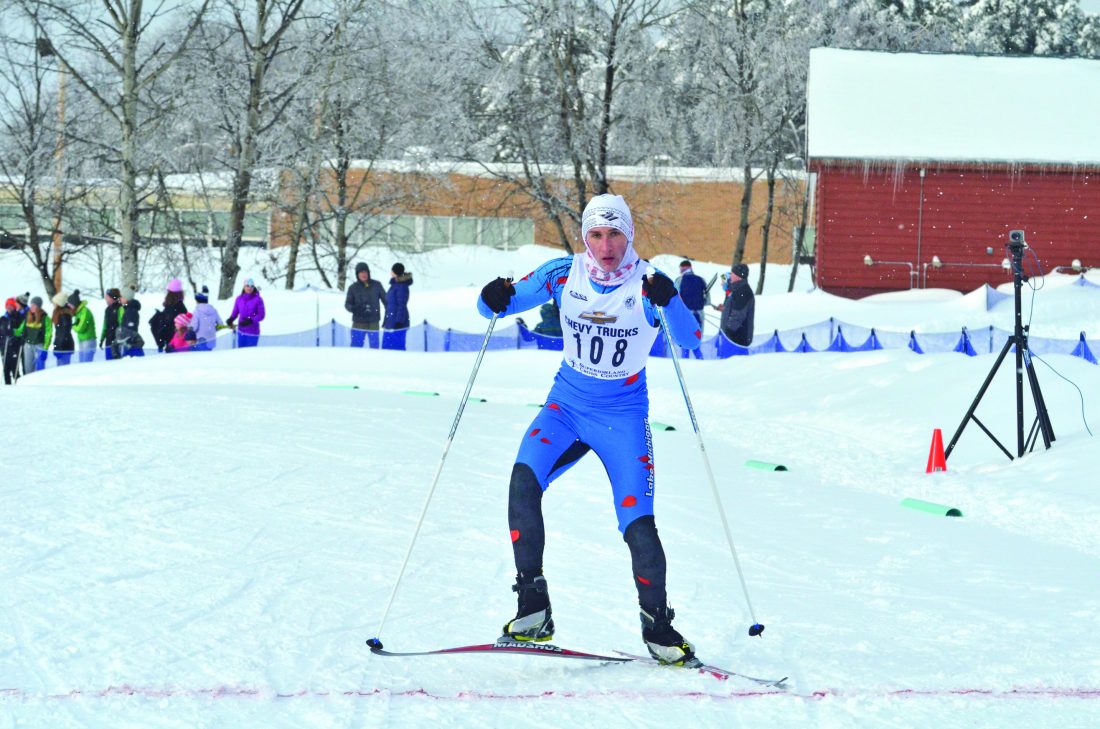 The Redmen scored 273 points to win a close boys team race as Traverse City Area was second with 257 and the Copper Country Ski Tigers third with 253.

Combined with the Redettes’ runner-up score of 254, the MSHS team totaled 527 points.

That was second only to the CC Tigers’ 578 finish. The Tigers won the girls meet in a runaway, scoring 325 points.

TC Area was third overall with 506, the Ishpeming Ski Club fourth with 234, Petoskey area fifth with 167 and Gogebic area sixth with 142, all coming from its boys team.

Friday’s five-kilometer freestyle races were moved to early Saturday after inclement weather pushed the entire event into one day, according to race official Dan Wiitala of Marquette.

There were three events held for boys and for girls that helped produce the team scores — a 5K freestyle, 5K classic and classic sprint.

The Marquette boys had the best team score in the 5K classic and the sprint while finishing third in freestyle.

The MSHS girls were second in classic and sprint and third in freestyle.

The Tigers swept top scores in all three races on the girls side.

Individually, the pursuit challenge was the most prestigious award, which combined freestyle and classic times for an overall finish.

Two of Garwood’s teammates were right behind him as the Redmen had seven of the top 15 pursuit finishers.