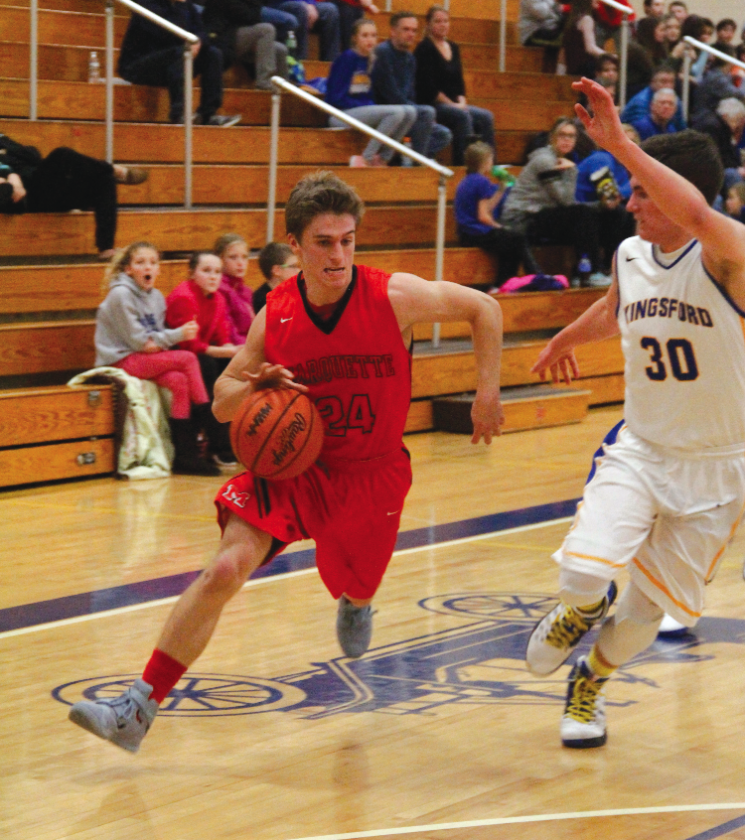 MARQUETTE — Awards were spread out all over at the Upper Peninsula Sportswriters and Sportscasters Association meeting Wednesday afternoon with four area players picking up honors in Class A-B-C.

Ishpeming junior Hart Holmgren was Marquette County’s only representative on the Class A-B-C First Team after a solid all-around season.

Three more players from the area picked up spots on the Class A-B-C Second Team. Marquette’s Alex DuVall came up just short of a First Team nod, but easily got one for the Second Team.

DuVall, 5-9 senior, averaged 11.6 points and shot 51 percent from the field and 81 percent from the free throw line. He also made the First Team in the Great Northern Conference and helped lead the Redmen compile a 20-2 record, the GNC title and the No. 1 position in the final UPSSA Class A-B-C poll of the season.

“Alex is an utmost competitor with energy and senior leadership that carried us several times this year,” Marquette head coach Brad Nelson said. “He’s an outstanding defender as well and was one of the very few pure jump shooters that the U.P. had this year.”

Two other schools in the eastern end of the Journal coverage area were also represented on the A-B-C Second Team.

Newberry senior John Paramski got one after a strong final year with the Indians. Known best for being a force on the football field, Paramski had his way in the paint of the basketball court as well.

A 6-2 forward, Paramski averaged 15.1 points and eight boards in leading Newberry to a second-place finish in the both the Eastern U.P. and Straits Area conferences.

Manistique’s Darien Nichols was the other area player making the Second Team, his second year in a row with that honor.

A 5-8 senior guard, Nichols averaged 15 points and was one of the few bright spots for the Emeralds this season. He is also a diabetic and earned the Gil Heard Courageous Athlete Award last season.