U.P teams show off skills at swimming and diving competition 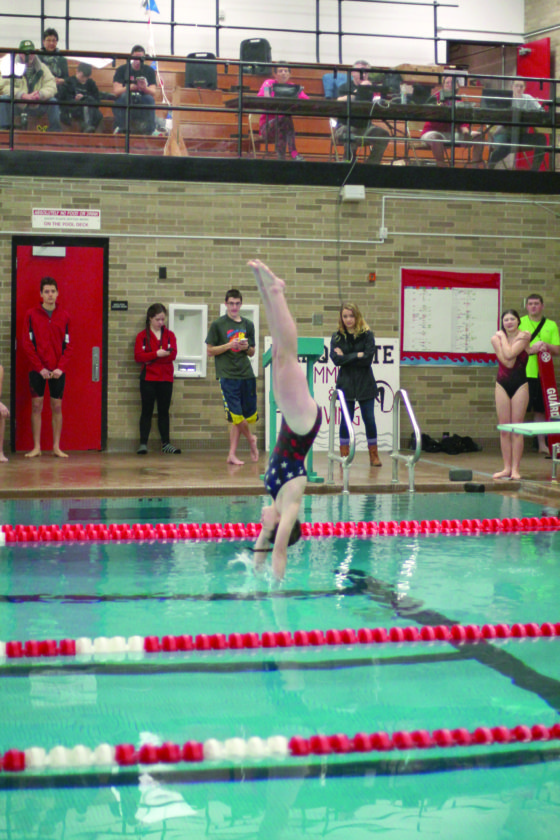 MARQUETTE — The 17th annual Splash and Dash meet gathered teams from across the U.P. to the Marquette Senior High pool Saturday afternoon to showcase their talents to hundreds of swimmers and fans.

For Marquette head coach Nathan McFarren and other teams hoping for a run at the U.P. Finals, it was a chance to see where their teams rank at the midpoint of their season.

“The Splash and Dash is always exciting,” McFarren said. “We get to see all of the top teams and swimmers who come together in one place. It’s one of those great times for our team to rise to the occasion and take on the competition head-to-head, and I was pleased with our results.”

The meet is annually ran with a milder tone throughout the day, with no long competitions or overall team scores kept, and the water temperature is turned down for faster swimming.

The Redmen had seven top three finishes on the day, led by Andrew Kilpela taking first in the 50-yard backstroke and 50 freestyle.

McFarren said Kilpela’s talents go beyond his performance in the pool.

“He’s quite a leader,” he said. “All year, he’s been a great example for our younger swimmers. It’s interesting to watch how our team comes together with our leadership.

“Without our top and experienced swimmers, we wouldn’t have young swimmers coming up how they are.”

Despite team scores not being kept, McFarren said his team showed their improvements in the meet.

“We still get the times so we can look and see where we can be by the end of the season,” he said. “Some kids see how far along they are from last year, or even how much they’ve exceeded my expectations from the beginning of this year.

“It’s all coming from their hard work, having eight practices a day are starting to show.”

Gladstone’s boys were led by Andrew Dykema, who won the breaststroke, while Matthew Leclaire finished second in the IM and the fly.

Other teams that competed were Houghton, Kingsford, Rudyard and Sault Ste. Marie.