Excelling in the classroom 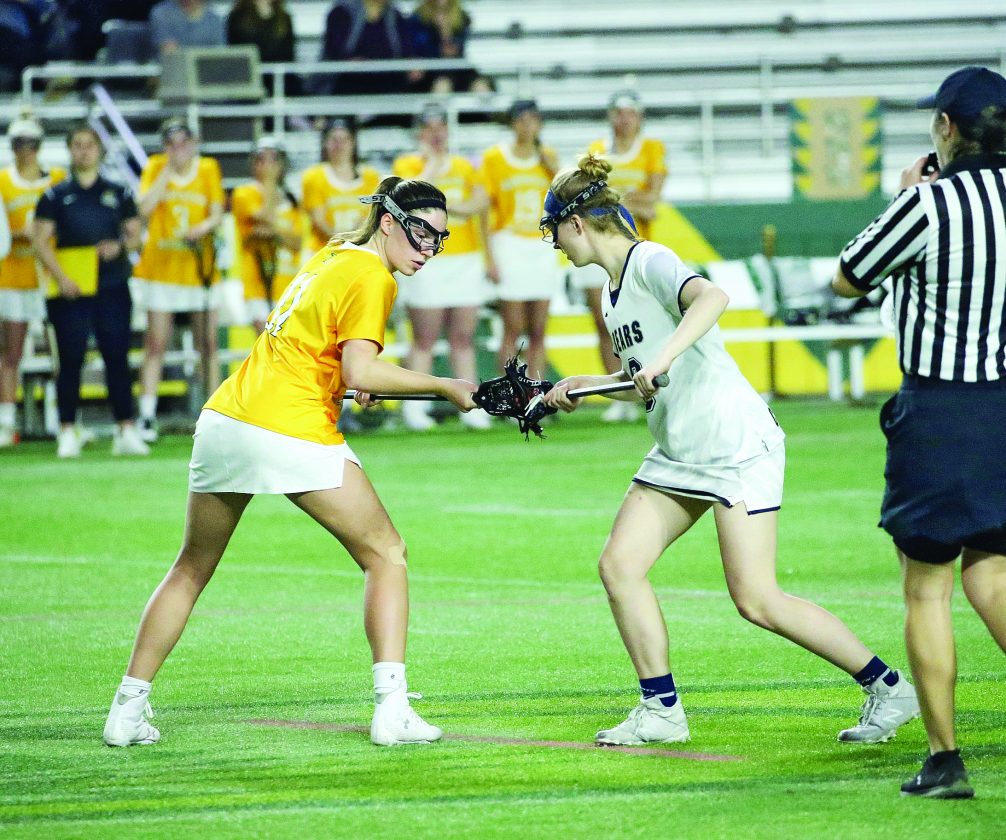 Northern Michigan University's Bianca Kinder, left, and Concordia's Margot Coomes prepare for a faceoff in the second half of their GLIAC women's lacrosse game played at the Superior Dome in Marquette on Wednesday, April 10, 2019. (Photo courtesy Daryl T. Jarvinen)

MARQUETTE — Thirty-nine student-athletes at Northern Michigan University were named to the All-Academic and All-Academic Excellence teams by the GLIAC recently.

Women’s outdoor track and field led the Wildcats’ varsity programs with 19 honorees among both awards, followed by women’s lacrosse with 11. Men’s golf finished with five and women’s golf had four.

All-Academic Excellence honors went to 23 Wildcats, including 15 in track and field. Lacrosse had five and women’s golf three.

In total in the GLIAC, 814 student-athletes were recognized for their work in the classroom. To be eligible, a student-athlete had to be on the active roster at the end of the season and could not be a freshman or a first-year transfer. Spots on the All-Academic (3.0-3.49) and All-Academic Excellence (3.50-4.0) teams were determined based on the cumulative grade-point average.

The other two from the area earned All Academic plaudits. From Michigan Tech, senior track athlete Jason Bell is a Negaunee grad majoring in mechanical engineering, while at Ferris State, junior Katie Etelamaki is a Westwood High School graduate majoring in biology.

Here are NMU’s award winners, listed by sport with year in school, major and hometown: