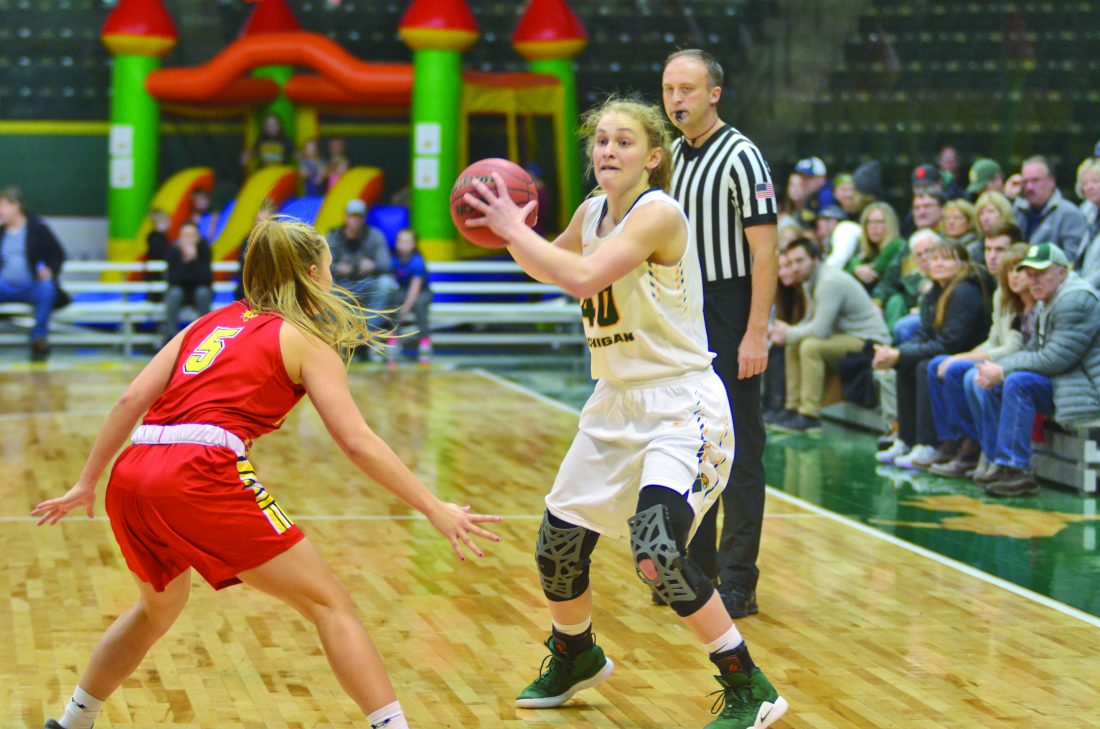 MARQUETTE — The Northern Michigan University women’s basketball season may still be a few months away, but the wait for the upcoming schedule is over as the Wildcats released it earlier this week.

Last season was one to remember as NMU was in contention for the GLIAC North regular season crown until the end of the season, made the GLIAC Tournament championship game and then beat Ashland in a rematch of that title game during the first round of the NCAA Tournament.

The Wildcats lost some players to graduation, but still return a strong core for this year’s campaign, which being season begins with the GLIAC/GLVC Challenge at Lewis University. Northern will play the host Flyers and William and Jewell College November 9-10.

NMU then continues its road trek as it heads to Minnesota State Mankato Nov. 14 and Minnesota Duluth Nov. 16. The Wildcats return to Marquette for their home opener against St. Cloud State Nov. 23 and they’ll play Concordia St. Paul Nov. 24.

After the Thanksgiving break, Northern goes on the road again for the Drury University Thanksgiving Tournament where it’ll take on the Panthers and Truman State Nov. 29-30. The GLIAC season begins December 5 with a home slate against Northwood and then another game at the Berry Events Center Dec. 7 against Saginaw Valley State. The Wildcats then close out the first half of the year with a road game at Michigan Tech Dec. 15.

The second half of the year starts January 2 when NMU gets to tangle with Ashland once again, this time at the BEC. Wayne State then comes to town on Jan. 4 before the Wildcats travel again, to Purdue Northwest Jan. 9 and Wisconsin-Parkside Jan. 11. Northern’s next two games are at home against Ferris State on Jan. 16 and Lake Superior State Jan. 18.

The Wildcats come back to play Parkside Feb. 6 and Purdue Northwest Feb. 8 before their last regular season road trip the following weekend. Northern goes to LSSU Feb. 13 and Ferris Feb. 15.

The Wildcats then close out the season with three home games in a row with GVSU coming up here Feb. 20, Davenport on Feb. 22 and Michigan Tech Feb. 27.

It’ll be hard to top a trip to the NCAA Division II Regional Semifinals and the most wins in a season during Troy Mattson’s tenure as head coach (23-10), but NMU brings back All-GLIAC First Teamer Lexi Smith and All-GLIAC Second Teamer Jessica Schultz to help lead this year’s squad as it tries to make a return trip to the NCAA Tournament.