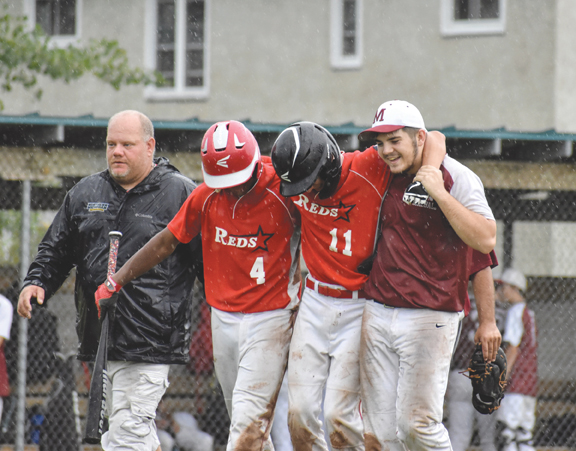 MARQUETTE — The Marquette Reds were able to dodge the raindrops long enough to get in a 9-2 win over the Menominee Junior Maroons in an Upper Peninsula Under-19 Baseball League game played at Haley Memorial Field on Sunday morning.

The second game was canceled. The Reds have one playing date left, a home doubleheader against the Gladstone Junior Indians at 5 p.m. Tuesday.

Isaac Sarles pitched all four innings for Marquette on Sunday, allowing two runs — one earned — on four singles with no walks and four strikeouts.

Marquette erased a 1-0 deficit with three runs in the bottom of the first inning, adding one in the second and five more in the third.

The Reds’ other hit, also a single, came from Zach Bukowski, who had an RBI, scored a run and drew two walks. Cobe scored twice and stole three bases, while Peterson, Cromell, Mead, Sarles, Easton Miller and Nick Pantti each scored a run.

During the game, Menominee showed its sportsmanship after Cobe was injured sliding into third base. Along with a number of Reds’ personnel, Maroons first baseman Kennis Boivin and his father and first-base coach Bret Boivin helped Cobe off the field and got him iced before a trip to the hospital. 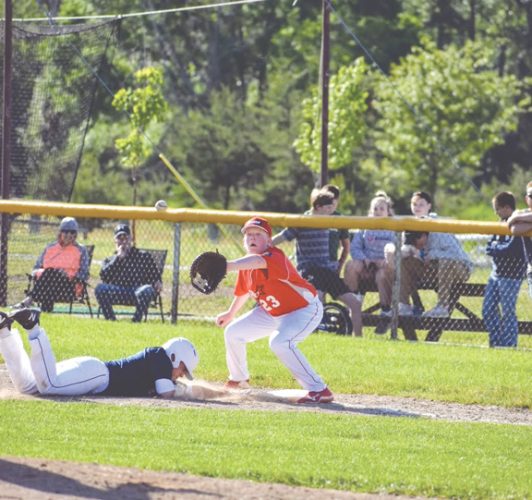