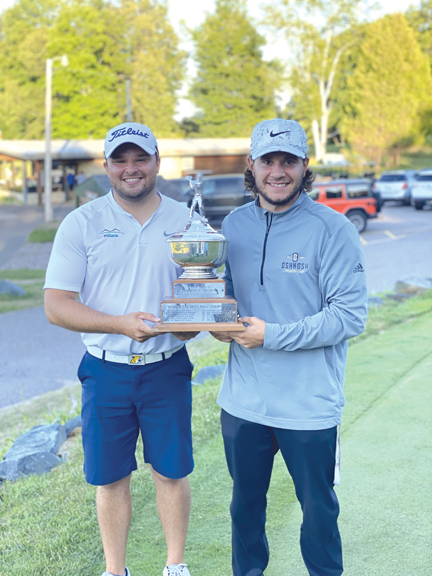 Elsner and Mires sizzled on the opening day Saturday with 62, then added 68 on Sunday for a 130 count, two strokes ahead of runners-up Brett Green and Karsten Green, who had 65-67–132.

Carter Hendricks and Byron Parks of MGC won the first flight with 67-68–135, just one stroke ahead of Dennis Hruska and Scott Koski with 67-69–136.

MGC members Mike Devine and Mike Marietta won the second flight by three strokes with Sunday’s best score of 65 as they had 69-65–134, while fellow MGCers Scott Frazier and Noah Peterson took the third flight by five strokes with 70-69–139.