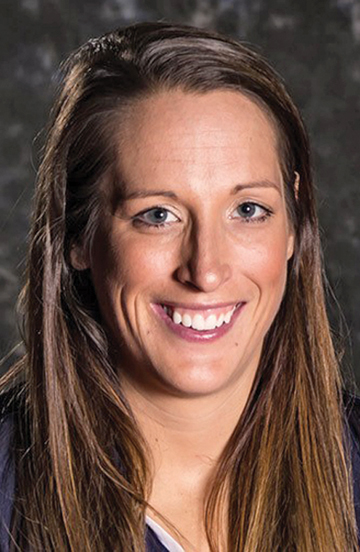 Lindsay Macy of White Bird, Idaho, takes the place of Matt Marchel, who had been the Lions’ head coach for five seasons.

Macy started an AAA girls program for the Coeur d’Alene Hockey Academy in Coeur d’Alene, Idaho, according to a Finlandia sports news release. The program was the only U.S. program in the prestigious Canadian Sports School Hockey League.

“I’m very pleased that Lindsay is taking over our program,” Finlandia athletic director Curtis Wittenberg said. “Her playing, coaching and administrative experiences are going to be assets not only for the women’s hockey team, but for Finlandia University as a whole. Lindsay brings energy and enthusiasm, which the program will benefit from.”

Macy got her coaching start at her alma mater, Owatonna (Minnesota) High School, where she coached in both the girls and boys JV and varsity programs. Her coaching experience also includes private lessons, small group lessons and running hockey schools for kids of all ages through her business, Lamplighters Hockey.

“I am excited to take over as the leader of a women’s hockey program that already has great athletes, administration and community support,” Lacy said. “I look forward to using my experience, excitement and passion for the game to continue the process of creating a culture of success at Finlandia.

“It is my goal to use hockey as an avenue to help student-athletes develop into positive role models and leaders at Finlandia, in their communities and amongst their families. I am looking forward to developing the women’s program at Finlandia and also continuing the development of grass-roots hockey efforts in the area.”

Macy has a variety of expertise in the hockey world, including holding Level IV USA Hockey coaching certifications, a Level I USA Hockey referee certification and has served as the assistant general manager of CDA Hockey Academy while heading the girls program.

As a player at Owatonna, she amassed 413 points in 152 games. At the University of Wisconsin in the WCHA, she scored 74 points in 66 games. She finished her collegiate career at another WCHA member, Minnesota State University-Mankato, accumulating 44 points in 62 games.

Macy also had a stint on the U.S. Under-22 national team.

After graduating from college, she played a season for the Minnesota Whitecaps of the Western Women’s Hockey League, helping the Whitecaps win the championship and reach the Clarkston Cup final.

Macy has a bachelor’s degree in sports management with a minor in marketing from Minnesota State.

Finlandia struggled to an 0-24 record in the season just concluded, though seven losses were by just one or two goals. The team battled injuries throughout the second half and usually only had 10 to 12 skaters available in the latter stages of the season.

Goalie Annah Smiddy, who just finished her senior season, became the program’s all-time leader with 3,519 minutes played, 2,489 saves and a .901 saves percentage. She is also second with seven wins and fourth with a 4.64 goals-against average.

Four of her teammates were named to the National Collegiate Hockey Association All-Academic Team — senior Kait Ryynanen and junior Abby Kolek, each for the third time, and senior Bella Abear and sophomore Malone Hiebert, both for the first time.

The Lions had one Upper Peninsula player on its roster this season, freshman Cassidy Becia of Houghton.