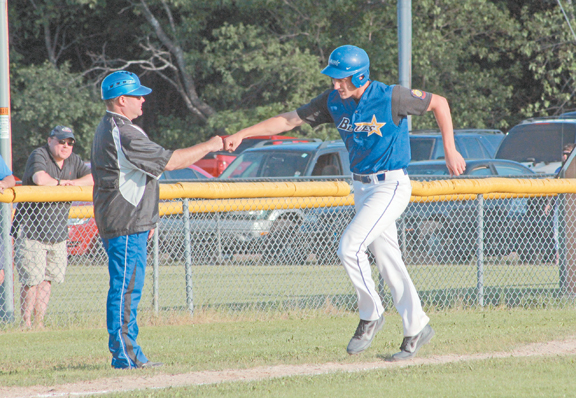 “I’ve known all of these kids for years, I taught a lot of them when they were younger and it’s been an easy transition.” — Derek Swajanen, Marquette Blues American Legion baseball manager, on taking the same reins for

Marquette Blues manager and third-base coach Derek Swajanen, left, watches Blues runner Trevor Bratonia lead off from third base keeps an eye on the Ishpeming pitcher during the teams’ Fourth of July game at Haley Memorial Field in Marquette in 2013. (Journal file photo)

MARQUETTE — A familiar face around the local baseball scene will be taking the reins of Marquette Senior High School’s varsity program this spring — hopefully.

Longtime Marquette American Legion Blues manager Derek Swajanen was recently announced as the new skipper of the Redmen. He replaces Spencer Larson, who spent one season leading the program.

There’s no need to fear for Legion baseball fans out there, though, as Swajanen will continue his role in managing the Blues. Now the two programs will now have a sense of continuity with practically the same group of players, many who play both varsity and Legion ball through the spring and summer. 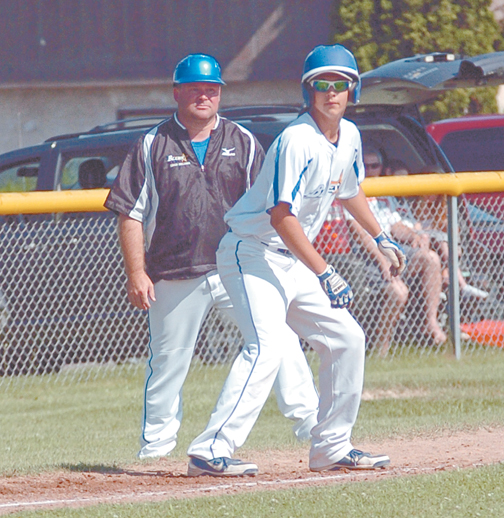 Marquette Blues manager and third-base coach Derek Swajanen, left, watches Blues runner Trevor Bratonia lead off from third base keeps an eye on the Ishpeming pitcher during the teams' Fourth of July game at Haley Memorial Field in Marquette in 2013. (Journal file photo)

“We’re going to do both (programs) with the staff we already have,” Swajanen said. “They approached me and asked if I was willing to coach both teams. These are all kids I’ve been coaching for four or five years anyway.

“The transition has been really easy. I’ve had guys like Jakob Peterson and Peter VandenAvond for four years already. I’ve known all of these kids for years, I taught a lot of them when they were younger and it’s been an easy transition.

“The boys are happy and we received a lot of positive feedback from the parents’ meeting we had.”

The Redmen have struggled in the postseason over the years, failing to ever make it out of the district round. Last season, MSHS fell to Escanaba 5-4 in the Division 2 district semifinals.

“I don’t think MSHS has ever won a district game,” Swajanen said. “Hopefully we can help turn that around. We have a good staff and that’s one of the reasons we were brought in.”

Before the postseason must come the regular season, which is still in doubt due to the COVID-19 coronavirus outbreak that’s turned the world upside down.

The high school baseball season is tentatively scheduled to begin in early April, but with MHSAA’s indefinite suspension of all winter and spring sports, that may be put on hold.

Swajanen hopes his new team can at least salvage the final month of the high school season, but if not, Legion will be a good fallback.

“If not, Legion has yet to put any parameters or restrictions on practices or games right now,” he said. “If high school decides to cancel the season outright, we’ll just start our Legion season a bit earlier and we won’t miss anything.”

Swajanen insists he won’t be taking a paycheck for his new gig, either. In all of his years coaching the Blues, he’s never accepted a paycheck for anything other than travel expenses. 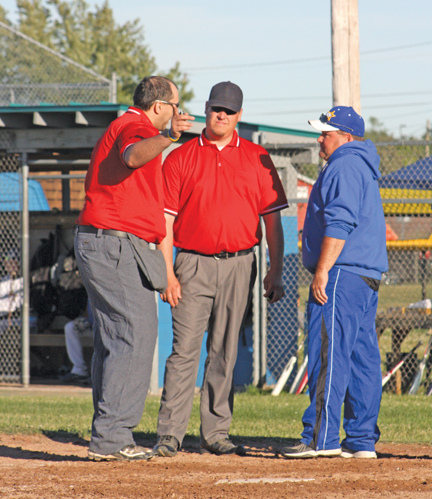 “I do it for the love of the game, the boys and giving back to the community,” he said. “We all do it like a big family. The kids like it and enjoy it and they show a lot of success on the field. If the players enjoy it and you’re invested in them, there’s a big difference.”