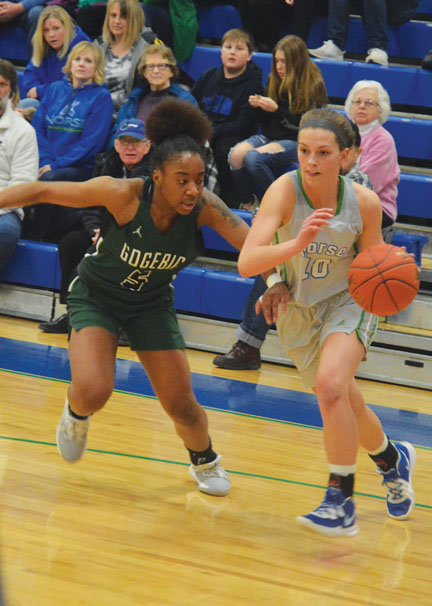 ESCANABA — There’s an old saying that it’s hard to beat the same team three times in one season.

The game swung back and forth throughout, but the ball was in Gogebic’s hands with a chance to win in the final seconds.

After Kaitlyn Hardwick had just tied the game for the Norse with 30 seconds left, the Samsons waited until deep in the shot clock to try to get the final shot. The ball wound up on the left wing in the hands of Kai’Terra Ross, who kicked it up top to an open Airiana White. White was a couple feet behind the 3-point line, but still let it fly. She knew it was good before anyone else did.

“I knew it was going in,” she said. “When it went through, it was kind of mind-blowing. I didn’t expect my teammates to come running out at me like that… It was very exciting. I knew the shot was good when it was going up.”

The Norse called timeout with 0.4 seconds left and had one last chance after advancing the ball to the frontcourt. Hardwick had a good look at a 3, but the shot had to be rushed and was off the mark as time expired.

Four area players saw action, with three of them scoring. Gwinn freshman Trish McGuire was the only other Norse player reaching double figures with 10 points as she hit a 3-pointer and added three assists, two rebounds and two steals.

Another Modeltowners freshman, Brooke Mannor, added six points, including a triple, to go with two rebounds and two assists. Munising sophomore Marissa Ackerman started and played 12 minutes, netting one point, two assists, two steals and a rebound, while Mustangs sophomore Kelsea Ackerman didn’t score but got a rebound in 5 minutes. 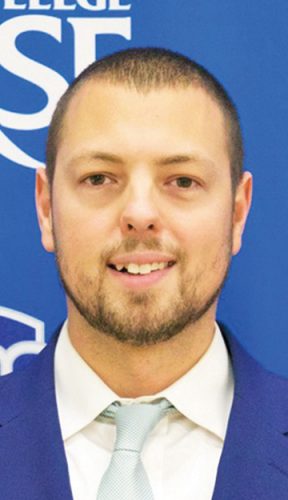 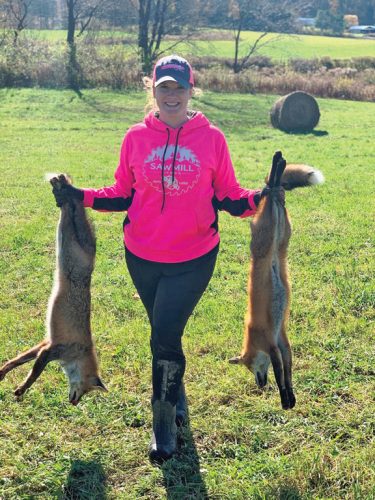 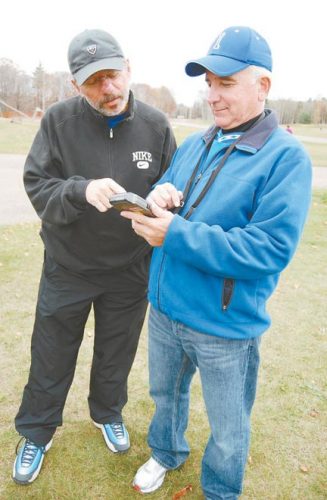