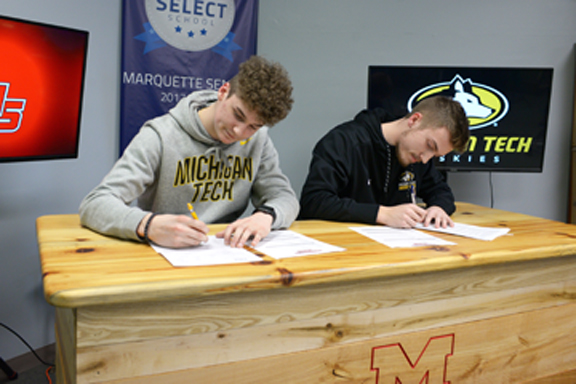 MARQUETTE — Sometimes when Marquette County athletes graduate, they consider leaving the area to extend their careers and six of them decided to do just that on NCAA National Signing Day Wednesday.

Anderson was the Modeltowners’ quarterback last season and was a First Team All-West PAC selection. He also was an Upper Peninsula Sportswriters and Sportscasters Association Special Mention honoree.

As of now, he’ll be switching positions in college as Tech has him listed as a defensive lineman.

Hicks was a wide receiver for the Redmen and earned a spot on both the UPSSA All-U.P. Large School First Team and All-Great Northern Conference team. He caught 37 passes for 500 yards and nine touchdowns last fall. 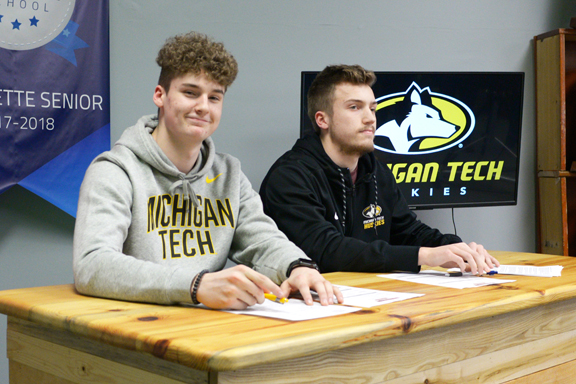 Wyble was the Redmen kicker and had an impressive career. He was both a UPSSA Dream Teamer and an All-GNC First Teamer the past two seasons.

Last season, Wyble and Hicks helped lead Marquette to its first outright GNC title since the 1970s along with its first MHSAA playoff appearance since 2014.

Negaunee’s Leo Helppi will also be joining the Huskies roster, but as a preferred walk-on. A linebacker with the Miners, Tech has him listed as a defensive lineman.

The local player deciding to leave the Upper Peninsula entirely is Ishpeming lineman Ty Kauppinen, who will be playing for NCAA Division III Wisconsin-Eau Claire.

He was a UPSSA Dream Teamer last season as a defensive tackle and an All-U.P. Small School First Teamer as an offensive tackle in 2018.