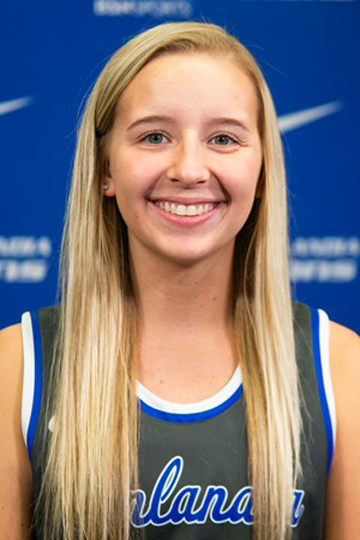 LA CROSSE, Wis. — L’Anse High School graduate and Finlandia junior Bailey Froberg had a big weekend for the Lions women’s basketball team even as her team lost both its games at the Wisconsin-La Crosse Thanksgiving Classic over the weekend.

Froberg led Finlandia (3-7) in scoring in both games, putting in 21 points in a 74-56 loss on Friday to nationally ranked No. 17 La Crosse and scoring 16 points in a 73-64 setback to UW-River Falls on Saturday.

Froberg made four 3-pointers on Friday and two more Saturday, while pulling down seven rebounds on Friday. On Saturday, she had two rebounds, two assists and two steals.

On Saturday, Austin scored nine points, going 5 for 5 at the free-throw line, and added three rebounds and a blocked shot; Osterman had five points, four rebounds, an assist and a steal; and Loman four rebounds, three steals, two assists and a block.

On Saturday, River Falls (4-2) jumped out to an early lead, including 40-22 late in the first half, before the Lions scored the final seven points of the half to pull within 40-29 at halftime. FU further cut its deficit to 45-41 midway through the third quarter before an 11-0 run by River Falls made it 56-41 entering the final period.

Finlandia comes home for a pair of games in Hancock this week, hosting Viterbo at 5 p.m. Wednesday and River Falls at 3 p.m. Saturday.