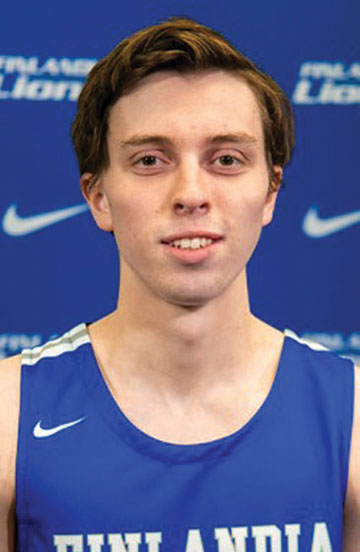 MILWAUKEE — Sophomore Joe Heinonen pumped in 16 points and blocked four shots but it wasn’t enough for the Finlandia University men’s basketball team to avert a 117-85 loss at Wisconsin Lutheran on Tuesday.

Heinonen, a Superior Central High School graduate, sank 4 of 7 on 3-pointers while pulling down three rebounds and making two assists.

Another area sophomore for Finlandia (0-5), River Shumate of Republic-Michigamme, scored four points as he was 4 for 4 at the free-throw line, adding three rebounds and an assist.

Wisconsin Lutheran (2-1) raced out to a 59-37 halftime lead, despite Heinonen sinking his first triple with 16:35 left in the first half that gave the Lions an 8-5 lead.