Overtime ties may proliferate like weeds in the NFL 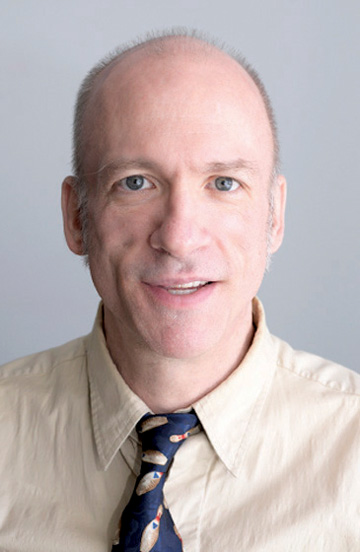 I know I sure wasn’t.

About what? Sunday’s tie at the Arizona Cardinals.

No so much because the Lions blew an 18-point lead against a Cardinals’ offense that couldn’t move the ball for the first three quarters, including one time when it was handed to them at Detroit’s 8-yard line.

No, what you shouldn’t be surprised about is that overtime didn’t produce a winner.

With a couple of subtle changes over the past few years, these OT games should more and more likely NOT decide a satisfying outcome.

In 2019, if each team marches downfield on their first extra-time possession and kicks a field goal, the game keeps going.

And now the 10-minute clock they’re given is almost used up.

As far as the Lions blowing a big lead late, well, that’s something I always wonder about coordinators who are promoted to head coaches.

Good head coaches have to have the ability to spur a team on just when it’s ready to rest on its laurels.

But convincing players who are probably bone-tired and fatigued must be another matter.

Hopefully, he’ll learn how to do that — but if he doesn’t, I also wouldn’t be surprised.

Tampa Bay at Carolina — Both teams had OK showings last week, but Carolina faced better opposition vs. the Rams. Plus now they’re at home on a short week. Panthers, 26-20.

Arizona at Baltimore — The level of opposition for Baltimore should be a step up from Miami, but still, I’ll go with the team that scored 59 points last week. Ravens, 31-23.

San Francisco at Cincinnati — The Bengals went into Seattle and fell a single point shy. Cincy is one of those teams that’s flying under the radar, at least early in the season before they later fade. Bengals, 27-19.

Los Angeles Chargers at Detroit — Well, the Lions seem to again look like they’ll play to the level of their opposition. Chargers, 20-13.

Minnesota at Green Bay — The Packers built early momentum without really being satisfied with their performance last week. A good situation, actually. Packers, 30-21.

Jacksonville at Houston — A bad offensive line is going to get Houston quarterback Deshaun Watson hurt eventually. Just probably not in Week 2. Texans, 27-20.

New England at Miami — Looking at their point differential, New England is already 79 points ahead of the Dolphins after one game. It should reach 100 now. Patriots, 40-19.

Buffalo at New York Giants — The Giants showed signs of life early on Sunday vs. the Cowboys. But not later. Bills, 20-16.

Seattle at Pittsburgh — I never want to pick a team with a big home-field advantage like the Seahawks when they go on the road. Especially on a long trip east for what is a 10 a.m. Pacific time kickoff. Steelers, 29-19.

Indianapolis at Tennessee — I see Tennessee repeating its performance of last week more than the Colts repeating theirs. Titans, 23-15.

Dallas at Washington — My law of reverse momentum indicates a team that lost last week will try harder to avoid losing two in a row, while a team that wins is satisfied and loses a bit of its edge.

But with Dallas underperforming in its win last weekend and Washington overperforming in a loss, this is reverse momentum of another kind — this week, pick the team that didn’t play up to snuff, not the team that lost. Does that make any sense? Thought so. Cowboys, 31-20.

Kansas City at Oakland — Even though it’s a second straight divisional foe, I expect the Raiders to take a deep breath and not be totally on their toes, especially after playing Monday night. Chiefs, 38-30.

Chicago at Denver — I wasn’t impressed with the Broncos’ defense in Oakland and I was about to pick the Bears, but then I remembered that Denver has the biggest home field advantage in the NFL with its mile-high air. So the home team it is, Broncos, 24-17.

New Orleans at Los Angeles Rams — The Saints pulled out their victory with a last-second 58-yard field goal on Monday night. But that was at home. Rams, 41-33.

Philadelphia at Atlanta — A tough call, as neither team was really up to snuff in Week 1. Despite finding that Philly has dominated these teams’ last three meetings, I’m going with Atlanta wanting redemption. Falcons, 26-20.

Cleveland Browns at New York Jets — The one thing everybody forgot to talk about in the preseason was the Browns’ lack of a quality offensive line. NY will take advantage. Jets, 17-14.