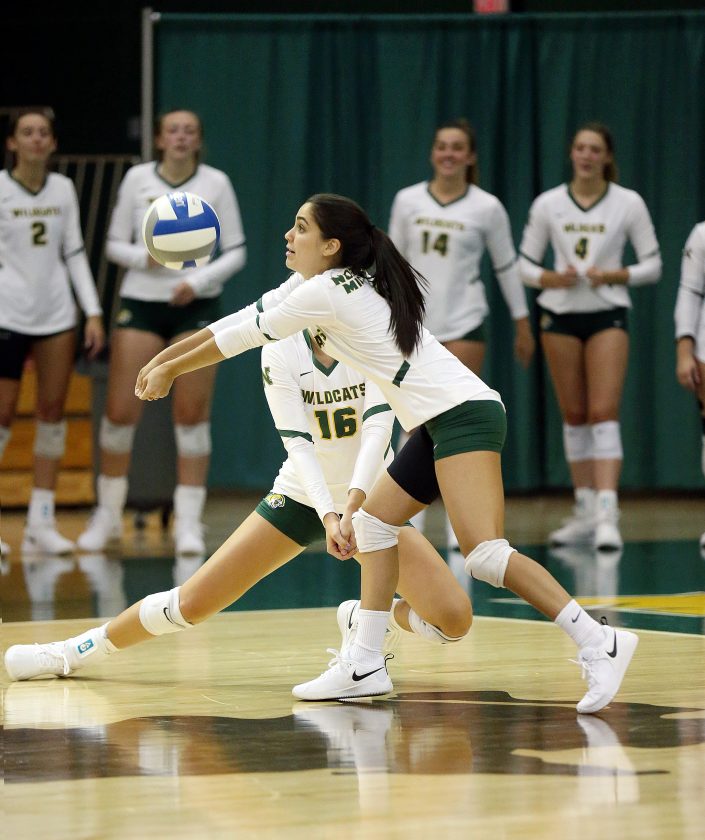 MARQUETTE — The Northern Michigan University volleyball team opens GLIAC play this weekend with a pair of matches in the Grand Rapids area.

The Wildcats travel to Allendale to play Grand Valley State at 7 p.m. today, then go to Grand Rapids to face Davenport at 2 p.m. Saturday.

NMU is 3-5 after spliting four matches at the Keweenaw Volleyball Classic in Houghton on Sept. 5-7 and winning one of four at the University of Indianapolis Invitational last weekend.

Northern won its final match in Indy, a three-setter over Gannon, after opening the tourney with a nonconference three-set loss to Davenport. Gannon has received votes in the national coaches’ poll this season.

Sophomore Lizzy Stark leads the NMU attack with 116 kills in eight matches, an average of 3.74 kills per set. Both are fifth-best in the GLIAC.

Sophomore Lauren Caprini’s 123 digs leads the Wildcats and is fourth in the GLIAC, while the team’s 481 digs are tied for fifth in the league.

NMU is third in the GLIAC with 45 service aces, led by freshman Abigail Durecki with 11.

Grand Valley is 4-4 this season with half their matches going five sets. All-time, GVSU leads NMU 51-49-2.

Davenport (2-6), like NMU, went 1-3 at Indy. In their series, NMU and Davenport each have two victories.

Follow Twitter at @NMU_Wildcats to keep up with Northern teams, while video, audio and live statistics will be available online for both weekend matches.