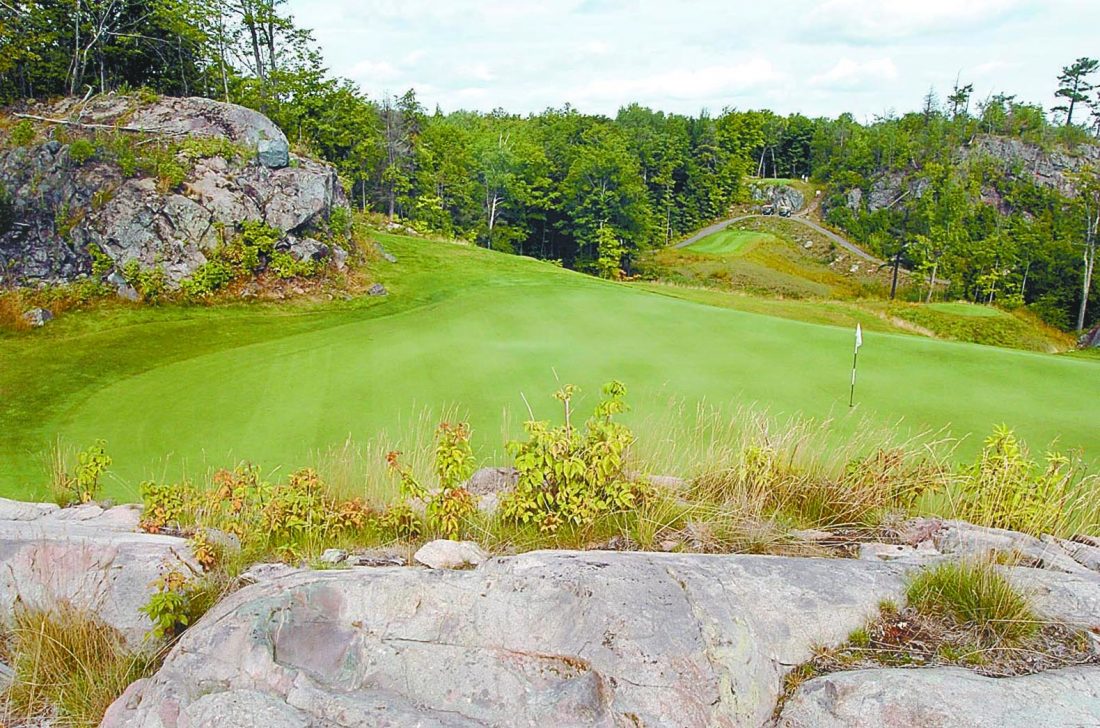 MARQUETTE — There’s been an abundance of awards for the Greywalls course at the Marquette Golf Club since its opening in 2005.

That includes a half-dozen major honors just this year from various publications and media outlets, including GolfWeek, Golf Digest and Golf magazines, as well as WJR Radio based in Detroit.

Three accolades came from GolfWeek, including the ranking of No. 30 on its list of Best Courses You Can Play in the United States, and No. 2 on that same list for the state of Michigan. It was also ranked No. 82 on GolfWeek’s list of Best Modern Courses.

WJR named it the No. 1 course in Michigan out of nearly 700.

Recognition is nice, but it’s not easy to get, especially in a small city of 21,000 like Marquette, which lies on a peninsula that’s too often forgotten or misplaced on U.S. maps.

In order to make those prestigious lists and be among the ranks of other golf courses around the country, there are a certain number people who need to come and see Greywalls for themselves.

“One of the things we weren’t aware of was that you had to have 40 rankers come to Marquette to rank Greywalls before it could actually be ranked in the Top 100,” said Marquette Golf Club PGA professional Marc Gilmore. “We always knew from the feedback, from the guys here, that we knew this was amazing.

Marquette Golf Club course superintendent Craig Moore, who’s held that position since 2006 and was involved in the early planning stages of Greywalls, expanded on Gilmore’s comments about attracting the right people to rate the course.

“We have never marketed ourselves to course raters,” he said. “We welcome them just like we welcome all golfers, but we don’t provide special treatment to any one particular group over another.

“Marquette is also a destination because of our location on the north shore of America. If you travel here, it’s because you planned a trip here and not because you are on your way somewhere else. People that have never been here still think we are so far away, and they quickly find out we are less than a six-hour drive from Chicago and less than seven from Detroit.

“The folks we talk to on the course are absolutely blown away by the wonderful Marquette community. Not only does the course exceed their expectations, they are amazed at the friendliness of our community members, the lakeshore, the food options, the breweries and the overall culture found in Marquette.

“These people spread the word back home and our reputation grows but all of that takes time and we are now just starting to really see the benefits of that word of mouth.”

Golf Digest’s No. 54 ranking in the U.S. is a first for Greywalls thanks to finally hitting that 40-person benchmark. The magazine has given the course statewide recognition over the years, but why did it take so long for those 40 rankers to travel up here and give it national recognition? Location is the main factor, according to Gilmore.

“It is difficult and that’s why it took a little longer,” he said. “Just because we’re not mainstream America. It’s difficult getting here, it’s expensive getting here for some of these people. They’re not getting paid to do this, this is just kind of one of the things they do. They want to rank courses and they love doing it.

“But to get here, it’s expensive both monetarily and timewise.”

Greywalls opened in 2005 to complement the original Heritage Golf Course (opened in 1926) that made the Marquette Golf Club the only 36-hole facility in the Upper Peninsula.

Greywalls was designed by Mike DeVries, who’s went on to create some of the top modern courses in the world.

“Mike DeVries is an incredible architect and incredibly talented,” Gilmore said. “We always said that if we didn’t have the right person on that project, it could have been a disaster. An absolute disaster. It’s an extremely difficult piece of property, but we just had the right guy at the right time.

“Now we probably couldn’t even afford him because he’s hit it big time. He’s very prominent in the architectural world now.”

What sets Greywalls apart is its aforementioned vistas of Lake Superior and surrounding woodlands, its dramatic use of elevation change on most holes, its design that falls in with the land’s natural features, and the unique challenge the course provides even for the most experienced of golfers.

“No golf course in the state or Midwest has the geology or unique topography that we have at the Marquette Golf Club,” Moore said. “The natural features on the property are completely embraced in the design, creating an exciting and wild ride as you play next to, over and around rock outcrops on the north side. In contrast, the south side holes play on calmer, sandy terrain.”

In fact, the seventh hole was voted by Pure Michigan as one of the top 18 holes in the state.

With all these accolades, what’s holding Greywalls back from hosting a major tournament somewhere down the road?

The first thing people might think of when that topic comes up is Marquette’s size. There isn’t nearly enough hotels to support a big-time event.

Gilmore also put some of that accountability on MGC’s facilities. They’re not nearly big enough.

“I can tell you that the Canadian (PGA) Tour had an event over in Brimley,” he said. “At that time we were just about ready to open Greywalls. There was some contact with the Canadian Tour about hosting an event here.

“But what they would need is a driving range significantly bigger than what we have. Locker rooms, significantly better and bigger. Eventually, we will have those facilities at Greywalls. That’s our dream, that’s our goal and we’re kind of working toward that dynamic.

“Until we have those things, we couldn’t really host something of that magnitude. We have to have the hotel rooms and there’s other things that go with it, too. We need more money to do some of these things facility-wise, to really attract the Canadian Tour or any tour.”

MGC is currently in the early stages of building a new clubhouse and parking lot that are closer in proximity to Greywalls. As of now, getting to the first tee of Greywalls from the current clubhouse is quite a hike on foot and even a bit of a drive by golf cart.

So there won’t be a major professional tournament anytime soon. At least not yet.

As of now, the Marquette Golf Club is satisfied with the recognition it’s currently receiving, as well as its local community partnerships. The Northern Michigan University and Marquette Senior High School golf teams call MGC home, and the club also has a strong partnership with the Marquette County Junior Golf Association.

For those hesitant to play Greywalls because of the challenge, Gilmore said they offer free tours of the course to anyone who wants to just check it out first. The course also has five sets of tees to accommodate all skill levels from beginner to championship level.

Hesitant to get into golf? Don’t fear. Gilmore encourages everyone to come and give it a try.

“It’s a hard game to get into and I highly recommend lessons to get into it,” he said. “If you get off on the wrong track, it can be very frustrating very quickly. If you understand the sport, how clubs are designed and used, how to get a ball in the air, it’s a blast. If you don’t know that, it’s pretty difficult because it’s kind of backwards from any other sport you play.”

For more information on the Marquette Golf Club and everything it has to offer, visit online at www.golfgreywalls.com or call the club at 225-0721.