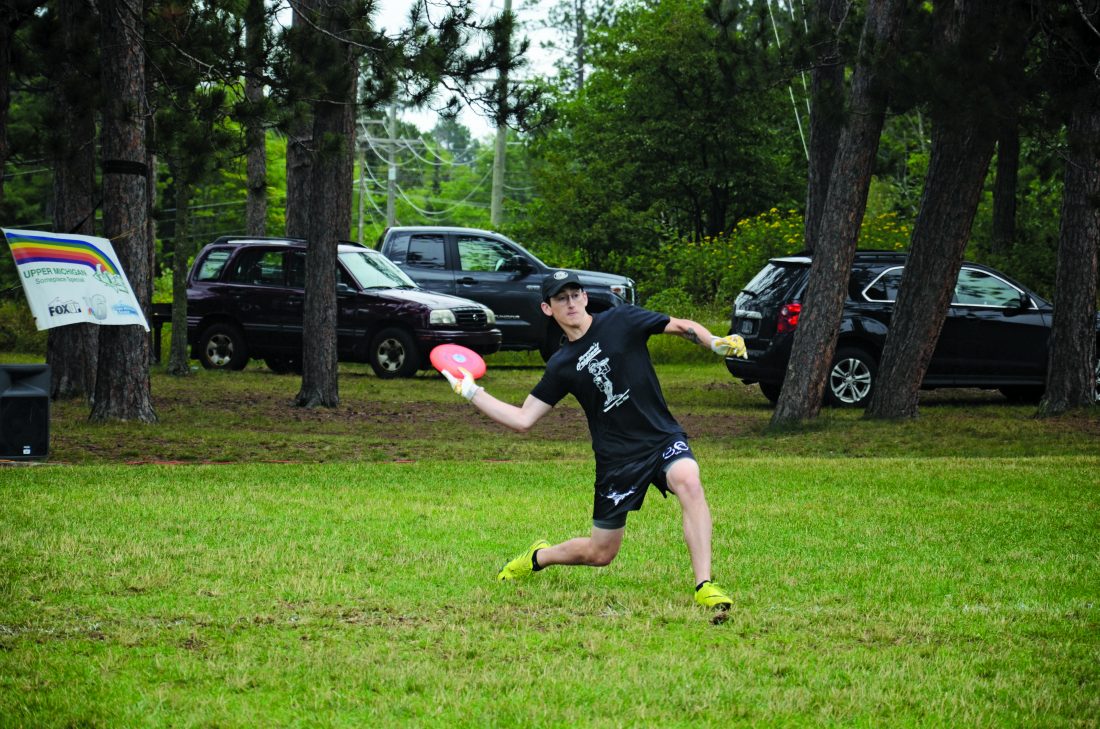 MARQUETTE — Spectators, their lawn chairs and some of the best Frisbee players in the United States descended on Tourist Park Saturday for Day 1 of the annual U.S. National Guts Frisbee Tournament.

13 teams, including four from the Marquette area, opened round-robin play under beautiful weather, which saw temperatures in the 70s and overcast skies.

“It’s been very successful,” he said.

“We have 13 teams from throughout the country, some real powerhouse teams. It’s very exciting, we have perfect weather, there’s been great crowds, it’s just a perfect tournament.”

“We had probably 12 or 13 rookies in the tournament this year,” Lahtinen said. “Two kids who were in middle school, and there’s also a woman playing on (Marquette team) the Wolfpack.”

Youth turnout is important in every sport, just as it is in disc sports. Lahtinen also expanded on how they’re hoping to get younger players involved with Guts.

“As the players get older and older, we need to replace some of the bodies that are kind of retiring from the sport,” he said. “It’s great hand-eye coordination for kids. If anybody is ever interested in taking up the game, we’d be happy to do demonstrations, supply them with Frisbees and equipment, and we encourage any new kid to come out and try it.”

For kids and adults alike, everyone is welcome to attend and participate in the twice-a-week Guts practices at Tourist Park. Dates and times for those practice sessions can be found on the Marquette Area Guts Frisbee Facebook page.

Tournament festivities officially kicked off on Friday night with a players party at the Wooden Nickel. Competition opened at 10 a.m. Saturday with a Vietnam Honor Guard getting things started.

After round-robin play, the 13 participating teams were seeded into a bracket based on each team’s record from the round-robin portion.

O’Malley’s Alley of Marquette, the 2017 champions, earned the No. 1 overall seed and a bye. Team Bop claimed the No. 2 seed, while the Wooden Nickel was No. 3 seed, with both of those teams also earning byes.

The bracket round is double-elimination with the losers of the first round falling into the consolation bracket.

Competition once again runs from 10 a.m. to 6 p.m. at Tourist Park. Lahtinen said he expected the championship to be played around roughly 4:30.

Admission is free and fans are encouraged to bring their own lawn chairs, food and drink.