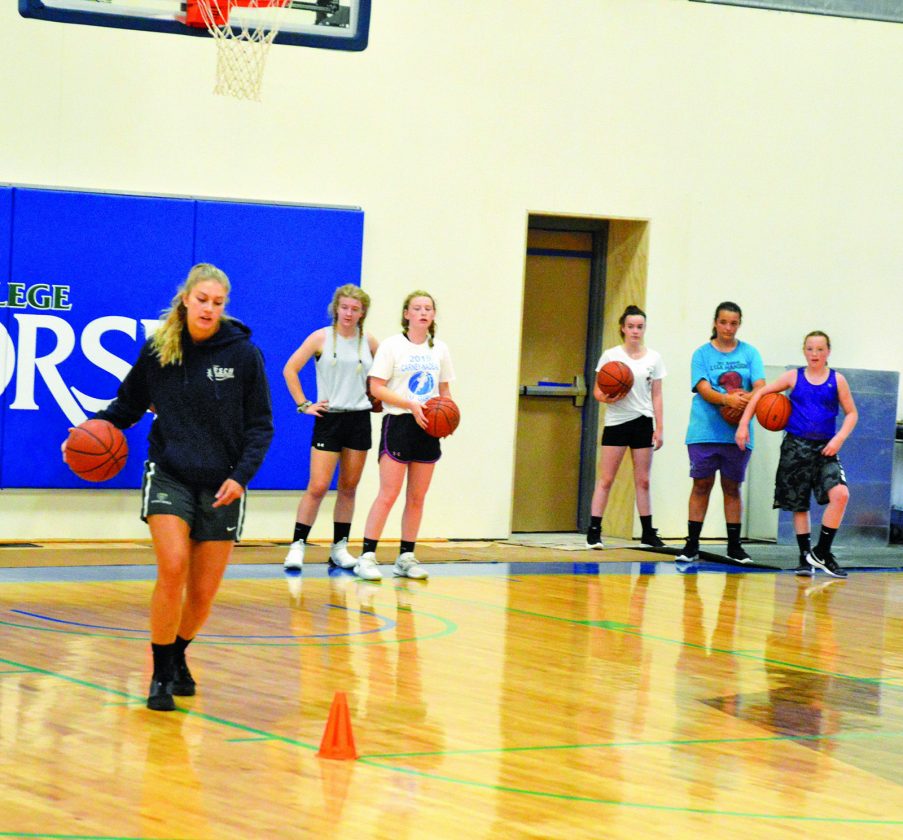 ESCANABA — For the second straight year, a couple of prominent Escanaba-area basketball figures spent a week teaching the game to boys and girls in grades 7-12.

Olivia Nash and Clayton Castor returned to the YMCA gym at Bay College on mornings from July 22-25 to run the second year of a basketball camp.

Nash is a former all-state player at Escanaba High School and former standout at NCAA Division 1 Oakland University. She started her professional career in Finland in 2016 after graduating and will go to Germany next week to continue her career overseas after being home for the summer.

Castor is a former player and coach at Gladstone High School, who also played college ball at Wisconsin-Marinette. He graduated from Gladstone in 1998 and coached the boys varsity team for two years in 2015 and 2016, leading the Braves to a district title in ’16. He’s currently an assistant coach for the men’s team at Bay College.

The idea for the camp started last summer when Gary Nash, Olivia’s father, approached Castor to see if he’d be interested in doing the camp with Olivia.

“I was really excited for the opportunity,” Castor said. “It’s not very often a guy like me gets the chance to be in the gym with a player and a coach of her caliber. I jumped on the opportunity.”

Nash, who graduated from EHS in 2012, wanted to give back to the community.

“I think just growing up with the Y and coming back after college, I just knew I wanted to give back to the community because I grew up here and everyone was so supportive,” she said. “I actually suggested Clayton because I know how good of a coach he is. His kids are great, so I know what he’s capable of. We’re a good team.”

Nash noted a main emphasis of the camp was to give older kids an opportunity.

“When you think of the YMCA, you think of little kid camps. So, last year we just tried to start to get away from that a bit and make it more advanced,” she said. “We’re just trying to bring a different dynamic than any other camp. We touch on the basics, but I think we try to emphasize defense and doing little detailed things that will make these kids better players.”