A tire at the wire 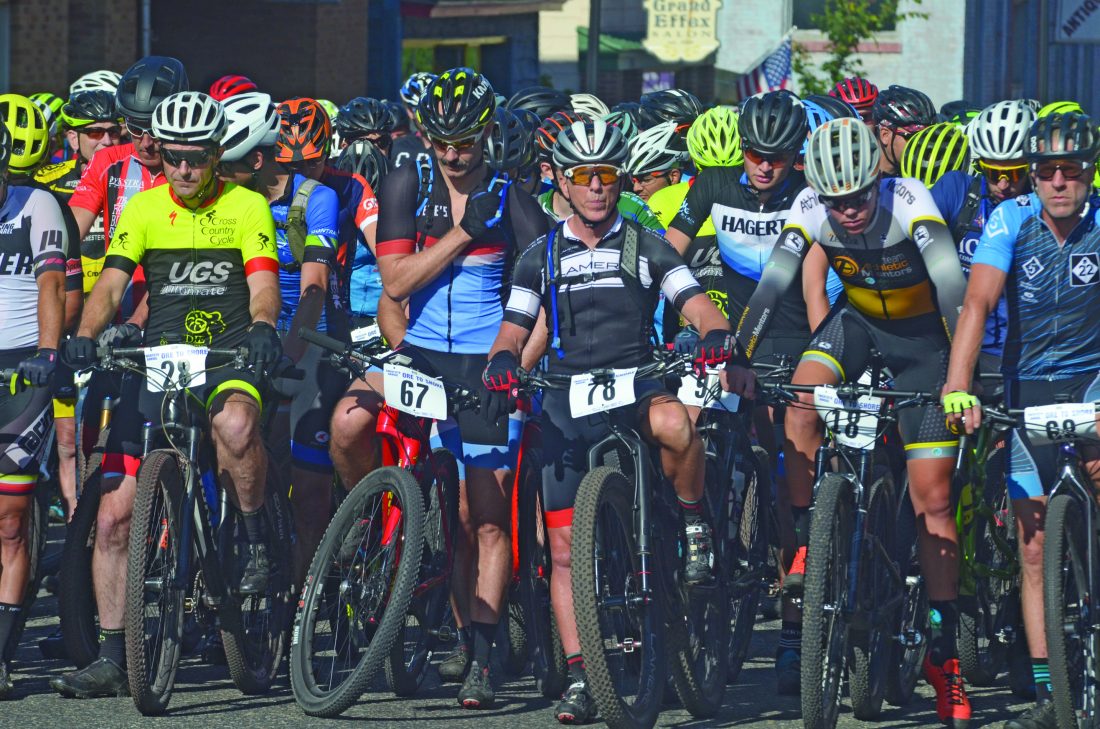 Racers in the Ore to Shore 48-mile Hard Rock race wait at the starting line on Iron Street in Negaunee for the 10 a.m. take off time Saturday. (Journal photo by Trinity Carey)

MARQUETTE — Last year’s Ore to Shore Hard Rock race was a close one for Cole House as he won the 48-mile bike race by just three seconds.

However, on Saturday, the event came down to the wire, or tire to be more accurate, as House repeated as champion, edging out Brian Matter by the tip of his front tire in 2 hours, 31 minutes and 25 seconds. Matter finished in the same time, but came up about as close to winning as a rider can get without actually doing it.

House, who hails from Oneida, Wisconsin, had to fight off a charge from Matter, as he came right up alongside in the final few yards and had to give it a little extra push to cross the line first, giving a fist pump as he finished.

“I don’t really remember a lot of it, it hurt so much,” House said afterward with a laugh. “It was just before Woodchip Hill, about two miles to go, we had Jordan Wakeley with us and we got a little separation there.

“Then Brian stayed with me the whole last two miles. Brian and I have had this finish multiple times, so I knew I wasn’t getting much help out of him. I just knew that Wakeley was probably about 15 seconds behind us, so I was kind of stuck pulling all the way the last couple of miles, but I knew it was on me.

“So I just kind of kept it rolling and kept an eye on how far Wakeley was behind. I knew Brian was just waiting for the sprint and he’d want some revenge.

“I think today’s race was probably one of the best editions of the Ore to Shore so far. Jordan is a Michigan guy and everybody loves Jordan up here. Brian is a four-time winner or five-time winner and me. It kind of came down to a big showdown of the three big guys in the region. It was a great race. It was fast and hard.”

Matter, who came up from Arizona, echoed House’s comments and said he was just trying to conserve as much energy as he could to try to beat him in the final stretch.

“It’s pretty much the 10th time we’ve been 1-2 and he usually wins them,” he said. “But that was probably the closest I’ve been to beating him in a straight-up sprint. I’ve beat him once, but it was a long attack. So it was tactical. I tried to do everything I could the last four miles to save energy to be able to come around him, but he’s pretty strong at the finish in this race.”

The two bikers also praised the conditions on the course, with Matter saying that they were the best he’d seen in quite a while.

“It was probably one of the best course conditions that I’ve done in a while,” he said. “There wasn’t too much mud. The sand was relatively packed down, so it was good conditions today and beautiful weather.”

The weather was pleasant and perfect for a sunny summer day in the Upper Peninsula and it’s the fun of the U.P. that helps bring the two veteran racers back each year for Ore to Shore.

“It’s like a Midwest classic,” House said. “Everybody pays attention to it and in the Midwest, it’s one of the big three. And Marquette is a great cycling community, so it’s great to come up here and hang out in the town and ride the trails.”

“It’s the U.P.,” Matter added. “I love it up here. The people are awesome, the racing is awesome and it’s just tradition to come up here now.”

Wakeley of downstate Grayling took third in 2:31:49.5, while Timothy Coffey of Cadillac clocked 2:33:06.1 to beat out Jeff Hall of Farmington, Minnesota, for fourth by just three-tenths of a second.

Finally, in the 10-mile Shore Rock, a U.P. rider, Jason Goodall of Ishpeming, came out as champion in 43:22, while Sarah Rott of Grand Rapids won the female division in 49:46.3.