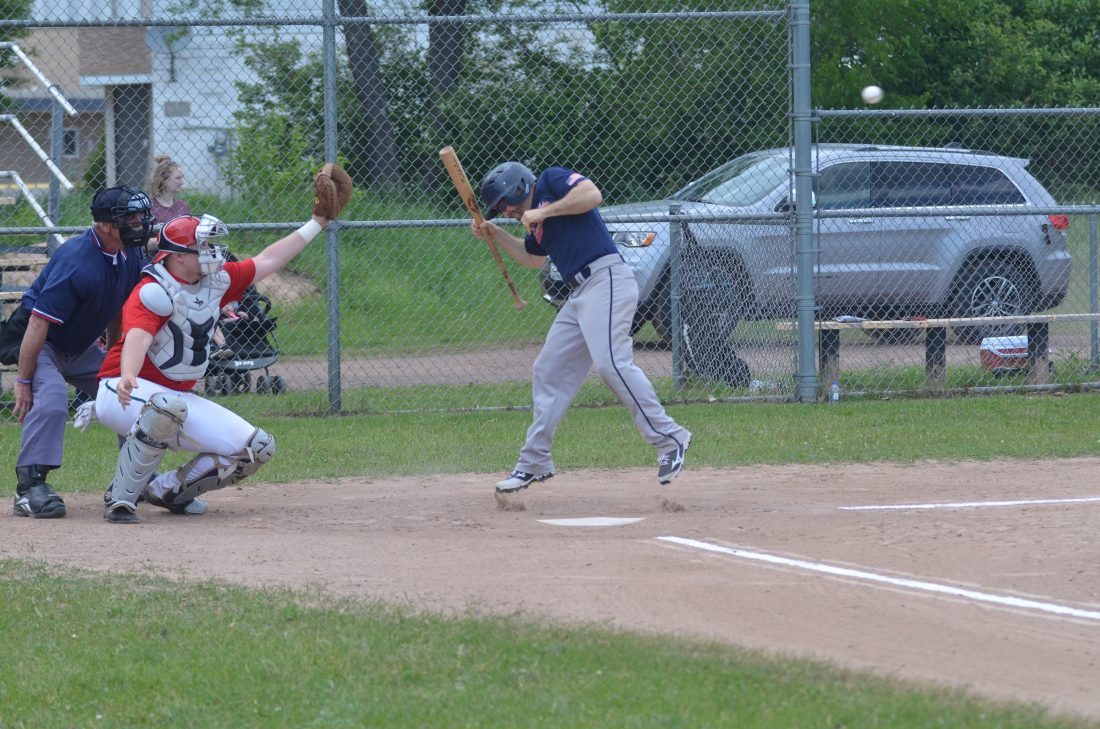 There were three of them in the Mavericks’ win, including one from their bottom-of-the-order hitter Jake Spear in the game played at the Forsyth Township Ball Field.

Thanks to that hitting power, combined with a four-inning, five-hit performance on the mound from starting pitcher Dave Speaker, the Mavericks prevailed 13-0 over JLSF to improve to 3-0 on the season.

Speaker’s performance on the rubber was even surprising to himself, being only the second time he’s pitched a competitive game in the last several years.

“I just wanted to come out and throw the strikes,” he said. “This is my second time pitching in years. More than half a decade. I just wanted to stay strong with the fastball, locate it, toss them some curveballs and change-ups to keep them off balance.”

Speaker was thankful for his team garnering run support, making for a stress-free night on the mound.

“These guys know how to hit,” he said. “It’s really easy and relaxing to pitch when you have guys that are banging the ball like these guys are.”

Larson drove in two runs of his own in the second inning with a single, bringing home Speaker and Larsen II to double the lead.

Following Larson at the plate was Steve Hintsala, who cracked the first home run of the night making it a 6-0 ball game.

Spencer Larson and Spear added home runs in the third inning. Larson’s was a solo blast while Spear hit a two-run shot, breaking the game wide open at 9-0 and effectively ending Johnston’s night on the mound.

Spear was happy to contribute, dominating a JLSF team who’s now 0-3 on the season but are better than its record indicates.

“This is the second time we’ve played them in three weeks,” he said. “They’re better than the score would suggest, but the balls seemed to go our way. We got a couple of balls up in the air and they just got out. That was the difference in the game.”

Hunter Larson had closing duties for the Mavericks, not allowing a hit while walking one and fanning one in the five-inning mercy rule victory. The game ended with Murphy being picked off at first base.

The Mavericks finished with 11 hits to JLSF’s five. Speaker struck out four and walked two in the win.

Hunter Larson went 2 for 3 with a double and 2 RBI, while Spencer Larson and Hintsala were each 2 for 4. Hintsala led the Mavericks with a 3 RBI night.

Johnston, Aaron Karlstrom and Kyle Dobson all went 1 for 2 for Jill Leonard-State Farm.

In other Superiorland action, Blagec Heating got their first league victory as it defeated Coldwell Banker Craig Heinonen 8-0 in Negaunee. No stats were available from the game.