Jill Paris, of the Class of 1979, pitches in a game against the Class of 1999 during the alumni softball semifinals tournament. (Journal photo by Corey Kelly) 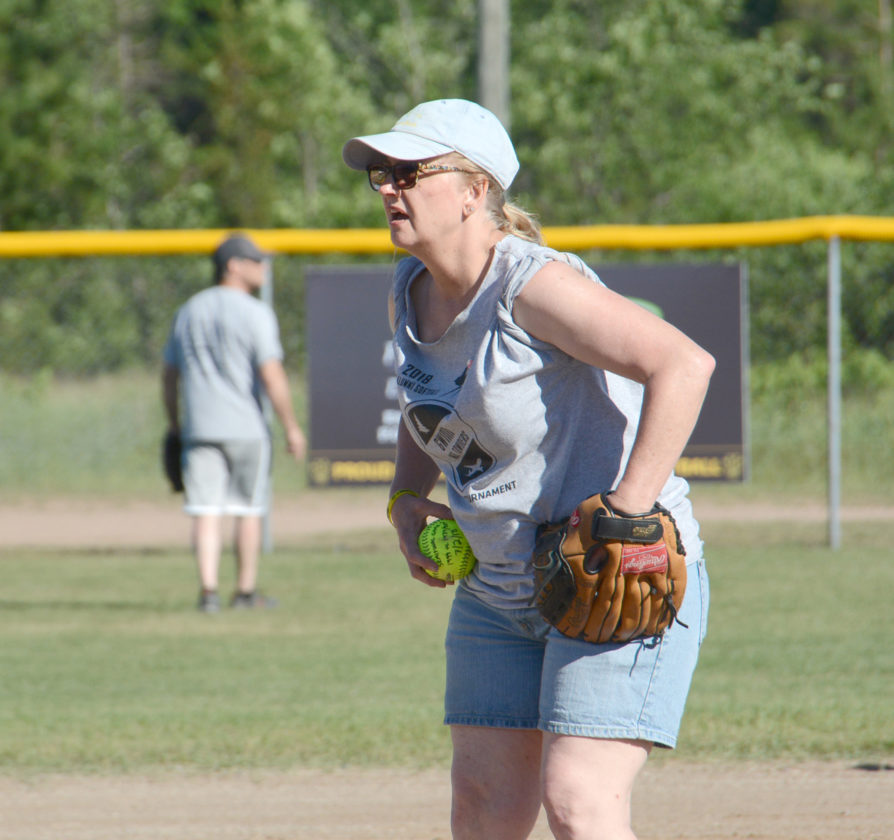 Jill Paris, of the Class of 1979, pitches in a game against the Class of 1999 during the alumni softball semifinals tournament. (Journal photo by Corey Kelly)

GWINN — The days surrounding the Independence Day holiday usually call for various high school alumni softball tournaments in the area, giving alumni a chance to reunite with their former classmates in a fun and competitive way.

Ishpeming High School, Negaunee High School and Westwood High School have all hosted alumni tournaments in the past and are continuing those traditions this year.

Now thanks to three men with a dream, Gwinn High School has joined in on the alumni fun with a tournament of its own.

Tournament organizer Alex Baysore, Gwinn Class of 1999, said the idea was proposed among himself and his two friends, fellow Gwinn alumni Danny Hurrell and Derek Nyquist. 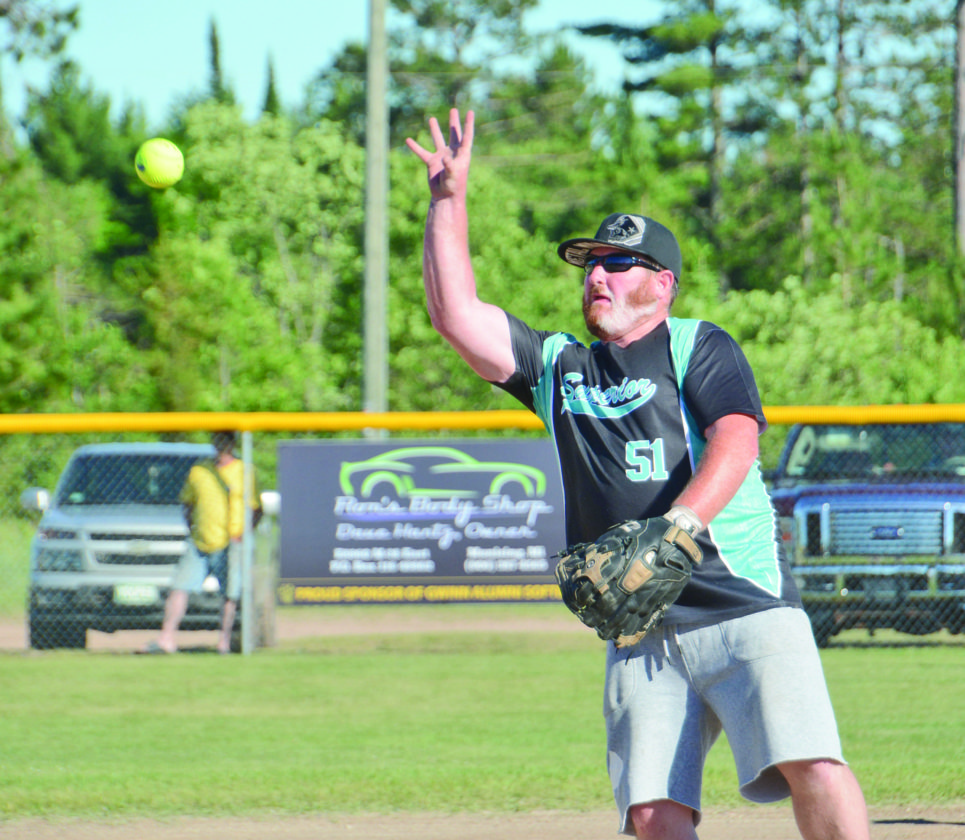 “All three of us got together and we wanted to do something for the community and bring everybody together,” he said. “We’ve seen the success Negaunee, Ishpeming and Westwood have had with theirs and I live in Negaunee and I’m a part of that community now so just seeing all the fun that they had, we wanted to bring that to our (Gwinn) community as well.”

Joe St. Andre, who played for the Class of 1979, said the community support has been strong since the start of the tournament on Friday.

St. Andre added seeing former classmates and competing with and against them has been a highlight of the tournament.

“It’s been nice to see people you haven’t seen in a while,” he said. “People come back, people you played ball against years ago, and we’re just having a good time.

“It’s been a blast and it’s a great thing for the community. It’s brought people out and I see it growing big. The community is supporting it and it’s just a good all-around thing.”

Rules are similar to regular softball with some minor changes. Games were comprised of the usual seven innings, but with three balls drawing a walk and two strikes drawing a strikeout in a slow-pitch contest. There was also a 10-run limit per inning and two females required per team to fulfill the co-ed requirement.

The ’99 class picked up a run in the top of the third to cut the deficit to two, before a home run in the following inning to cut the lead to one.

’99 tied the game in the top of the fifth and got the lead in sixth with another home run to make the contest 7-6.

Evident by the full bleachers and lined fences, Baysore is thankful for the strong support and hopes the tournament can continue for years to come.

“I sure hope so,” he said. “With the talk around right now I think everybody is pretty excited. The classes that didn’t get in this year have said they want to be in next year.”

Baysore added that putting together the tournament wasn’t easy, but was well worth the time and effort.

“First off a big shout out to every one of our sponsors,” he said. “Each one of them has put in quite a bit of money to help get this started and then we have other sponsors who helped pitch in to buy bats and balls as well.

“We started off with one meeting a month to see where we are and the closer we got we did one meeting a week trying to make sure where we were at with finances, sponsors, if we have everything lined up, if the field logistics are right, getting approvals from township supervisors and getting the community support.

“So it took a little bit of leg work but after that first night, all that hard work was well worth it.”

The championship game featuring the Class of ’99 versus the Class of 2013 is scheduled for 5:30 p.m. today back at the Forsyth Township Ball Fields.