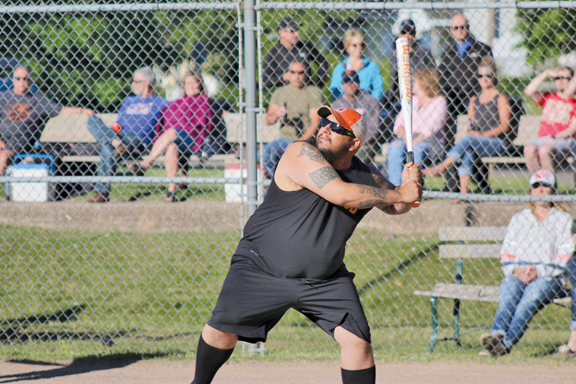 Negaunee’s TJ Derwin of the Class of 1997 bats during the division finals of the Negaunee alumni softball tournament at LaCombe Field in July 2017. (Journal file photo)

GWINN — Another tournament has been added to the list of Marquette County schools holding alumni softball events around the Fourth of July.

Gwinn High School starts its inaugural tournament late this afternoon headquartered at the Forsyth Township Ball Field complex. Twenty-three classes set up by graduation year are listed on their bracket, starting with this spring’s grads and going back to the combined 1976-77-78 classes.

The Modeltowners join the Ishpeming, Westwood and Negaunee tournaments, which have long traditions — in fact, the Hematites claim their 39th annual event is the “World’s Oldest Running Alumni Softball Tournament.”

Westwood gets started Saturday morning using two fields and Ishpeming opens play Sunday afternoon with four fields. Both those tourneys wrap up with championship games slated for Wednesday, the Fourth of July.

Negaunee doesn’t get started until next Friday, using its annual week-long Pioneer Days celebration for its tourney that will wrap up on Friday, July 13. 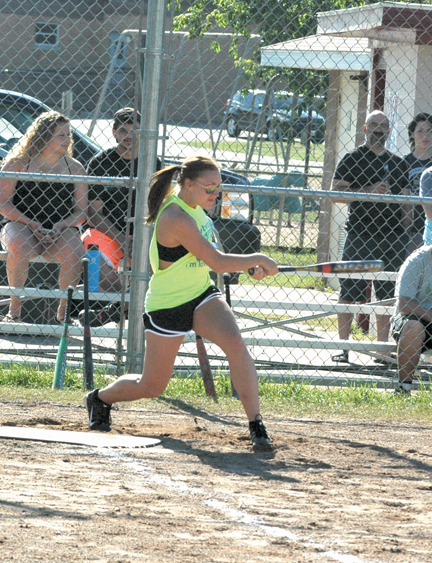 Here a preview of each tourney:

All the youngsters, 2003 and later, are on one side of the bracket with everyone from 2001 and earlier on the other side, guaranteeing one group of 35-year-olds or older to reach the championship game. 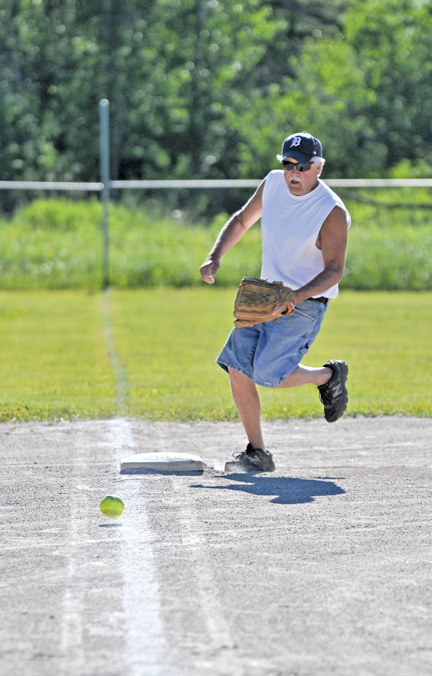 Rube Asaard of the 1960s team chases a ground ball during the Ishpeming alumni tournament in Ishpeming in July 2016. (Journal file photo)

With another eight games Sunday, the field will be whittled to the final four. Starting times are from 9 a.m. to 8 p.m.

The older division finale is set for 6:30 p.m. Monday, the younger half at 8 p.m. Monday, with the championship scheduled for 5:30 p.m. Tuesday.

Three divisions play a total of 14 games at the Clarksburg and Ishpeming Township Sunnyside fields on Saturday. Sunnyside has all games from Sunday through Wednesday.

All but a few teams will see action on opening day, with the latest start at 8 p.m. when a Red Division game between 1987 and 1984-85 takes places at Sunnyside.

Things pick back up at noon Sunday with seven more games, then four more Monday, including the semifinals in the Red Division.

Tuesday also has four games — the two semifinals in the White and Blue divisions — with Wednesday the Fourth reserved for championship games.

Two divisions — for 2001 and older and 2002 and younger — will crown champions on Wednesday at the Al Quaal Recreation Area field, one of four to be put to use starting Sunday.

A new feature this year will be the losers of opening games among the four youngest classes — 2015 takes on 2016 at 5:30 p.m. Sunday at Al Quaal — get a second chance to keep going on Monday.

Negaunee’s TJ Derwin of the Class of 1997 bats during the division finals of the Negaunee alumni softball tournament at LaCombe Field in July 2017. (Journal file photo)

Rube Asaard of the 1960s team chases a ground ball during the Ishpeming alumni tournament in Ishpeming in July 2016. (Journal file photo)

The Miners have JV and Varsity divisions, with those winners determined the final day. An overall tournament champ is also crowned when the division winners square off immediately afterward, all at LaCombe Field.

The tourney kicks off next Friday with four games, opening with 2018 vs. the NHS Staff at 6 p.m.

Saturday, July 7, will be the event’s busiest day with 10 games starting between noon and 9 p.m., while Sunday, July 8, has seven more from noon to 6 p.m.

The schedule then has four games each on Monday and Tuesday, July 9-10.

A special event with an Oldtimers game between Marquette and Negaunee is at 3 p.m. Wednesday at LaCombe. Alumni action picks back up at 7 p.m. that day with three games.

Divisional semifinals will be held in the JV division at 6 p.m. and Varsity at 7 p.m. on Thursday, July 12, followed by a home run derby.