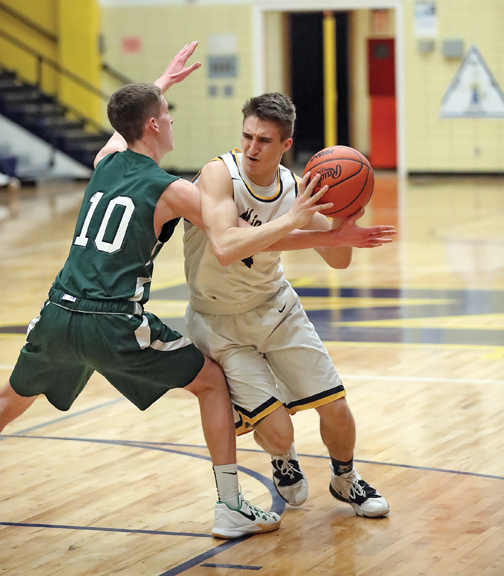 MIDLAND — A quartet of Marquette County high school basketball players were among the best in the state shooting 3-pointers and free throws during the past winter season.

And two area squads made team shooting lists a total of three times.

That’s according to awards handed out by the Basketball Coaches Association of Michigan after what became the conclusion of the season on March 12. 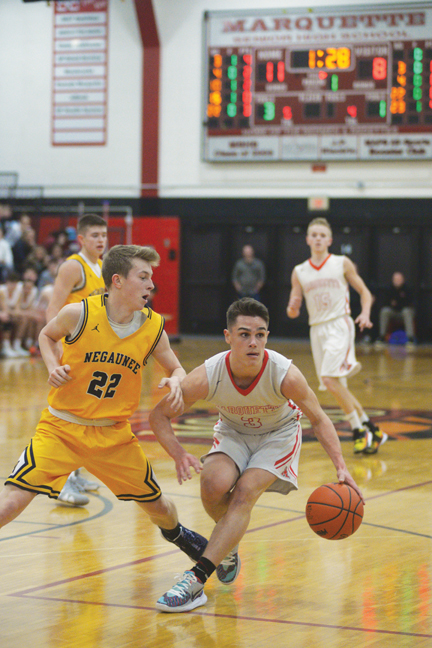 That’s when their seasons and those of all other MHSAA sports for both winter and spring were suspended and eventually ended due to the coronavirus pandemic.

The rankings only include players from teams whose coaches are members of the BCAM, which in this area includes Marquette, Negaunee, Ishpeming, Westwood, Gwinn, Munising and L’Anse.

In previous stories in The Mining Journal, winners have been recognized for awards that include Team Academic All-State, Outstanding Senior Student-Athlete Award, Coaches of the Year and BCAM’s Best for top players.

One player who wasn’t listed with previous state awards as he was a late addition to the list was Collin Hicks of the Marquette Senior High School boys team.

He was recognized for an Outstanding Senior Student-Athlete Award, joining teammate Drew Wyble as they were four-year high school players who accumulated a 3.80 or better grade-point average.

With the top shooters, all divisions were grouped together for individual and team 3-point and free throw shooting for both boys and girls.

Minimums in each category were 50 attempts for an individual and 100 for teams.

Negaunee senior Jason Waterman was the highest ranked among any area individual as the No. 5 shooter by percentage made on 3-pointers for boys.

Another area player, junior Kameron Karp of Marquette, was 10th on the same rankings at 46.58 percent, making 34 of 73. 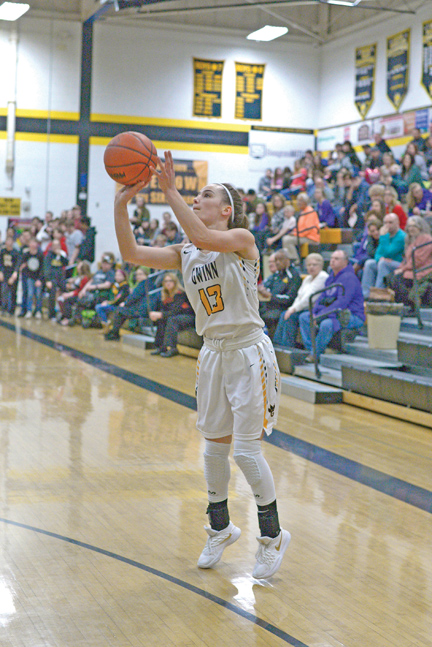 Gwinn’s Emily Curtice shoots in a game against Gladstone at Gwinn on Feb. 14, 2019. (Journal file photo)

These rankings were so close that if Karp had made five more, he would have missed first place in the state by just a few hundredths of a percentage point.

Two area players made the girls lists, too.

Negaunee sophomore Lilly Nelson was ninth in 3-pointers at 44.34 percent as she made 47 of 106. Just one girl statewide exceeded 50 percent as Megan Cordes of Brethren outdistanced the field by making 56.6 percent.

In free throws, Gwinn senior Emily Curtice was 10th as she made 82.54 percent on 52 of 63 attempts. Tops in the state there was Abbey Kimball of Grand Rapids West Catholic at 93.24 percent.

Two area squads made the team shooting lists, led by the Westwood girls with a double appearance.

Top performances in those categories were Midland with 72.97 percent free throws and Hudsonville at 35.48 percent on 3-pointers.

The other area team making a top-10 list was Waterman’s Miners, who were fifth in free throws for boys at 72.32 percent as they made 243 of 336. The best there was another Upper Peninsula school, Ewen-Trout Creek.

Here are other U.P. representatives on these lists, with school listed for individuals, along with place and percentage (made-attempted in parentheses):

Gwinn’s Emily Curtice shoots in a game against Gladstone at Gwinn on Feb. 14, 2019. (Journal file photo)