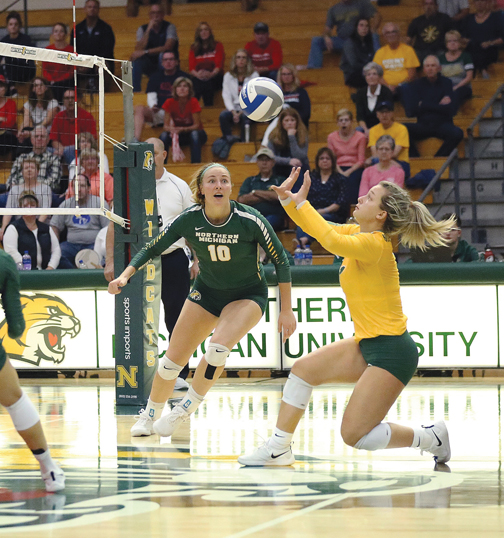 The Wildcats were 13-16 overall and 8-8 in conference games, though they were also true road warriors, going 8-4 in away matches and 11-9 in all matches away from Vandament Arena in Marquette.

Continuing its road prowess, No. 6 seed NMU upset No. 3 Ashland in five sets in Ohio during the GLIAC tourney quarterfinals on Nov. 20 to advance. Three days later in the semifinals played in Big Rapids, Northern lost 3-0 to Upper Peninsula rival Michigan Tech. 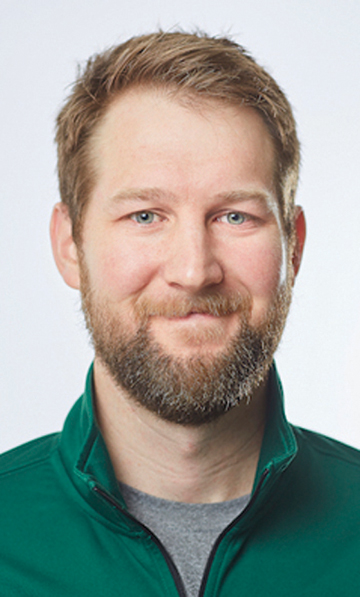 The Wildcats lost all nine sets in three matches vs. MTU during the season, something they will try to right this season.

The three departing seniors from that team were middle blocker Sarah Kuehn and defensive specialists Gabriela Martinez and Cheyanna Pyka.

Kuehn played in every match and all but one set during the season and was third on the team in kills with 258 and an attack percentage of .230. She also led Northern in each blocks category — solo with 18, assists with 80 and total with 98.

Coming into his fourth year at Northern, head coach Mike Lozier thinks the newcomers can mesh well with his returning players, according to an NMU sports news release.

“We have a pretty large group coming in this fall, but we are confident that each player brings something positive to this program,” Lozier said. “We always say we want talented players, but we also want athletes with good values, work ethic and character. These girls embody all of those qualities. With them joining the team, its future is very bright.”

Here are a few details about the half-dozen new players, listed alphabetically:

Ania Hyatt of Cumberland, Wisconsin, played for Cumberland High School, where she earned nine varsity letters in volleyball, basketball and track and field. She was the first player in school history to reach 1,000 career kills as she was named first team all-conference the past two years. She also named an American Volleyball Coaches Association all-region player as a senior.

“Ania is going to be an impact (player) for our program in a multitude of ways,” Lozier said. “She is not only a talented volleyball player, but she has excelled greatly in the classroom.”

Evynn Layshock of Cary, Illinois, was a four-year varsity starter at Cary-Grove Community High School. She led her team in kills the past three years, finishing her career second in program history in that statistic. Twice named to both the Jacobs Invite all-tournament team and Fox Valley all-conference squad, in 2019 she earned Daily Herald All-Area honors after her team won a regional title and advanced to sectional finals.

“Evynn was another later addition to this team, and we feel very lucky that she was still seeking the right fit when we saw her,” the NMU coach said. “Her dedication to the sport and her personality are exactly what we are looking for when recruiting.”

Meghan Meyer played for Lowell Senior High School in downstate Ada, where she was a captain and earned all-region, all-conference and Division 1 all-state honors during her career. She also helped guide her team to the D-1 state championship match last fall.

“Meghan is an incredibly versatile talent,” Lozier said. “Her personality fits our team’s culture very well, and her skill set is one that will help strengthen our team’s depth. I expect her to have an immediate impact.”

Angelina Negron of South Elgin, Illinois, played at South Elgin High School, where she was named all-conference and first team all-area while earning team most valuable player honors. She helped guide her team to a conference championship and regional runner-up.

“Angie was our most recent commit,” Lozier said. “We are so grateful that during this tough time she had enough faith in our staff to make the decision to join us without coming on campus. We believe she has the skills that could impact us on the court right away.”

Koryn Parmenter of Stevenson High School in the Detroit suburb of Livonia was the MVP of her MHSAA Division 1 team. She was also recognized as all-conference, all-region and as a scholar-athlete.

“We are so excited to add Koryn to this team,” the Wildcats coach said. “She has the raw athleticism to be a special player for us. When we watched her compete in high school, we knew we wanted her to be in our gym.”

Jacqueline Smith of St. Germain, Wisconsin, played at Northland Pines High School in Eagle River, where she earned 11 varsity letters in three sports. In volleyball, she accumulated more than 2,000 kills and 1,000 digs. Team captain and MVP the past two years, she was also named her Wisconsin-based Great Northern Conference Player of the Year and was first team all-state for two seasons as her team won a regional championship last fall. Older sister Lexi Smith has played for the NMU women’s basketball team for three years.

“We are so excited to have Jacqueline joining our squad,” Lozier said. “She has been impactful at every level she has competed, and I fully expect her to help our program from the moment she steps into the gym.”