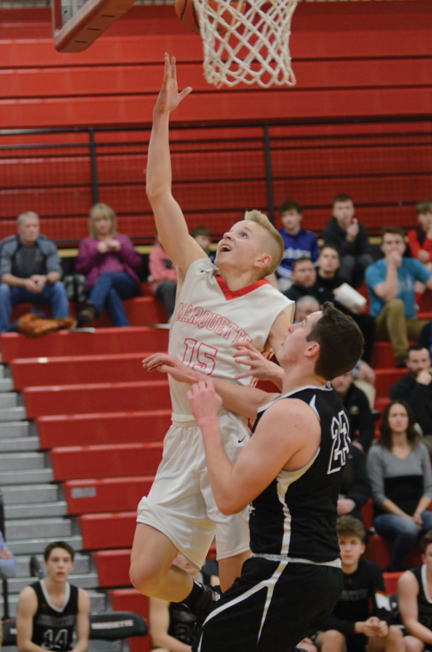 MARQUETTE — Marquette and Negaunee vied with Iron Mountain for earning the distinction of best high school boys basketball team in the Upper Peninsula this season.

In the end, those three schools each earned special honors when the U.P. Sportswriters and Sportscasters Association decided its special awards in a unique remote voting arrangement last week. Members voted online after ballots were sent by email to media members in the middle of last week.

Marquette carried the day as the Divisions 1-2 Team of the Year with Iron Mountain winning out in Division 3.

The Redmen should’ve been an easy choice as D 1-2’s top team as MSHS won the Great Northern Conference by two games with a 7-1 record while finishing 19-3 overall. With the exception of Division 2 Houghton, the GNC is the U.P.’s only league with Division 1 and 2 teams in it. 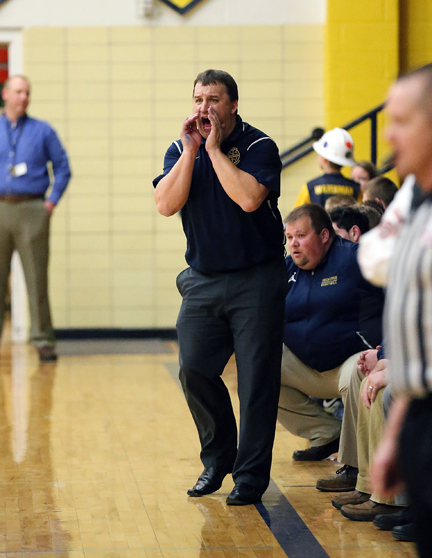 GNC runners-up Escanaba and Menominee each finished 5-3, the Eskymos handing Marquette its only league loss, a 63-56 decision in Escanaba on Jan. 7. The Redmen’s only other losses were a 79-73 overtime setback at Negaunee on Jan. 3 and a 65-55 loss at Traverse City Central on Jan. 24.

MSHS was a perfect 11-0 at home, which included two MHSAA Division 1 district tournament victories over Petoskey and Gaylord in early March. The winter sports season was called off due to the coronavirus pandemic a day before the Redmen’s scheduled district championship game, also at home, in a rematch against TC Central on March 13.

Negaunee made a good case for dethroning Iron Mountain as Team of the Year in Division 3, despite the Mountaineers starting the season 19-0.

That’s because it was the Miners who put the only blemish on IM’s record in both teams’ final regular-season game, a 52-51 win by Negaunee in Iron Mountain on March 5. More than month earlier, IM won 69-51 at the Miners’ Lakeview Memorial Gym on Jan. 28.

Each team was obviously looking forward to a potential Division 3 regional clash at neutral-site Escanaba on March 16 that never happened. Both teams were a district championship victory away from that happening when the season was called off due to the pandemic. 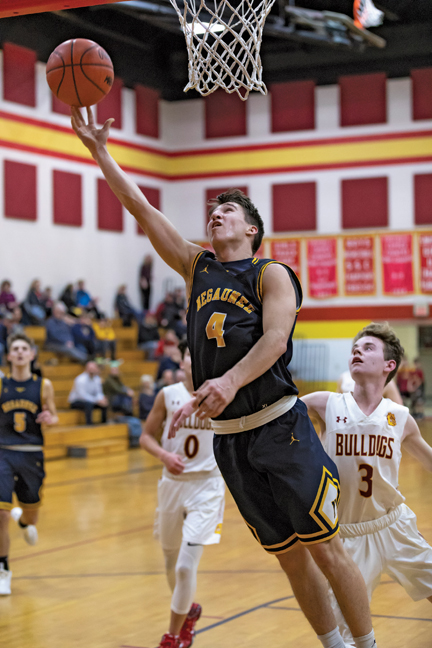 Munising was the third team on the balloting for Division 3 Team of the Year due to a quirk in arranging of teams in the state. Munising was in Division 4 for girls basketball, but because divisions are decided by the actual teams that play in each sport, the Mustangs just barely slipped into the third quarter of teams playing the boys game based on enrollment.

As a member of the nearly-all Division 4 Skyline Central Conference, Munising’s 20-2 record couldn’t stack up to IM’s or Negaunee’s as the Mustangs’ only Division 3 opponents were Gwinn, Manistique and Norway, along with Bark River-Harris and Westwood in the districts.

For Coach of the Year, Waterman outpolled the Mountaineers’ Harvey “Bucky” Johnson, likely due to Negaunee being seen as an underdog this season after IM returned most of its team that reached the Division 3 state championship game a year earlier. It was only several controversial calls at the end of that title game that many U.P. observers thought cost IM a 53-52 loss to Pewamo-Westphalia.

Waterman, though, said he thought his senior-laden team was at least as good as IM, with potential Dream Teamers in Jason Waterman and Jakson Sager, a First Teamer in Drew Lindberg and his nominee as the U.P.’s defensive player of the year in Drew DuShane.

As it was, Jason Waterman did make the Dream Team, Sager the Divisions 1-3 First Team, Lindberg the D 1-3 Second Team and DuShane honorable mention.

But it’s coaches like Dan Waterman who are required to mesh their talent into one cohesive unit that also included four others seniors — Alex Munson, Chas Kumpula, Nathan Brundage and Erik Salminen.

Wonders was all-state this year and also last year as a sophomore. He was named Player of the Year in both the West PAC and Mid-Peninsula Conference, averaging 27.4 points, eight rebounds, 2.4 assists and two steals per game. He’s already at 1,618 varsity points with another year to go as his teams are 64-4 with him.

Just to boot, he reportedly has 10 NCAA Division 1 offers, according to his coach.

Waterman’s per-game statistics read 15.5 points and five rebounds as he shot 54 percent on 2-pointers, 44.3 percent on 3-pointers and 77.4 percent on free throws as he eclipsed the 1,000-point career mark in the third game of this season.

Three other awards in Division 4 were also handed out — Dollar Bay won Team of the Year and the Blue Bolts’ Ashton Janke the Player of the Year, while U.P. Sports Hall of Famer Paul Polfus returned to the sidelines as a head coach and earned Coach of the Year.

Polfus hadn’t been a head coach since 2008 and led the Wolves to a 15-7 record and a district finals berth as they were working on a seven-game winning streak before the season ended.

DB and Janke were obvious choices for team and player of the year after a 17-0 start until a late-season stumble when the Blue Bolts lost at Chassell and at home to Jeffers in their final three regular-season games.

DB recovered to win its only Division 4 district game, a revenge win over Jeffers, to reach its district final that would’ve been another revenge matchup with Chassell.

Chassell and Pickford were the other nominees for Division 4 Team of the Year.

Janke, a senior, was Copper Mountain Conference POY this spring and Division 4 all-state and All-U.P. First Team a year earlier. This season, he averaged 25.3 ppg, 12 rebounds, three assists and two steals as he shot 51 percent overall, 46 percent on 3s and 86 percent at the line.

Borseth, a sophomore, was a Copper Mountain Elite Teamer averaging 24 ppg and eight rebounds, as he shot 47 percent overall, 43 percent on 3s and 81 percent at the line. E-TC went 15-6 while awaiting a district tourney final that never happened.

Edington, a 6-foot-7 senior, was POY in the Eastern U.P. Conference, averaging 18.8 ppg, 17 rebounds, two steals and two assists for 17-3 Pickford that was also awaiting a district final.

LaFord was Skyline Central Conference POY at 22.7 ppg, 10.3 rebounds, four assists and four steals per game for the Wolves. He finished with more than 1,100 points in his high school career while also earning SCC all-defensive honors for the last three seasons.