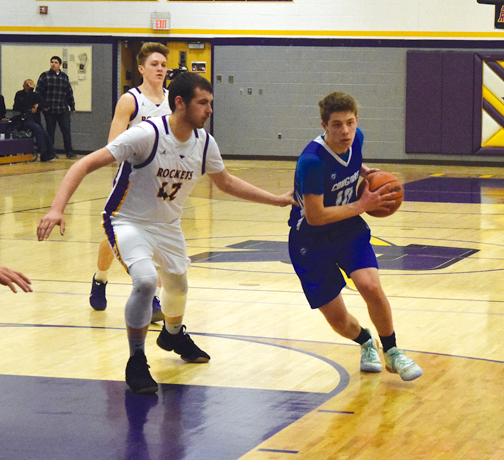 Hannahville advanced with a 72-55 triumph over Mid Peninsula Wednesday for its first district win since 2004.

In Rapid River, the hosts grabbed a 13-2 lead on a 20-foot jump shot from the right wing by senior guard Braydon Moss.

The Cougars trimmed their deficit to 13-5 on a 25-foot jumper by junior guard Mikey Rondeau. 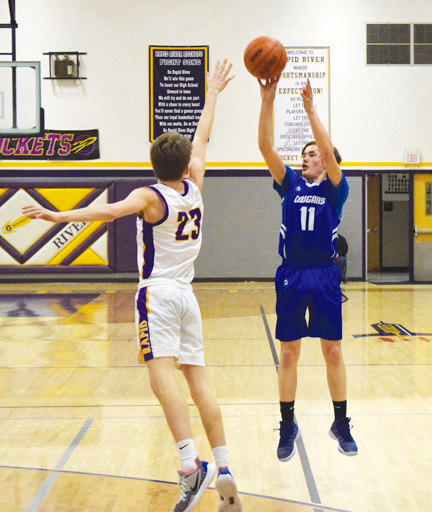 Rapid River then outscored the Cougars 24-2 in the second stanza, gaining a 37-7 halftime advantage on a five-foot jumper by junior Griffin Flath at the buzzer.

“I’d say it was a pretty complete game,” RR coach Mitch Hall said. “Although I think we could have moved the ball a little quicker. They didn’t give us many open layups.”

The Cougars trimmed their deficit to 39-18 on a putback by junior forward Michael Leppanen.

Rapid River, however, didn’t allow them to get any closer.

“A lot of it was nerves,” Cougars coach Harry Robbins said. “We have two seniors on the team. We also brought up a lot of young JVs to get them into the district tournament and in front of a bigger crowd than they’re used to. This was a learning experience for them.

“We got the ball inside to Tony, and I think that was the difference tonight,” Hall said. “We passed the ball real well and our defense was decent.”

“Attitude, work ethic and sportsmanship are the three things I emphasized at the beginning of the year,” Robbins said. “The kids made a lot of progress during the season. They played hard and didn’t give up.

“We have an opportunity to make even more progress next season. Much depends on what the guys want to do during the offseason.”