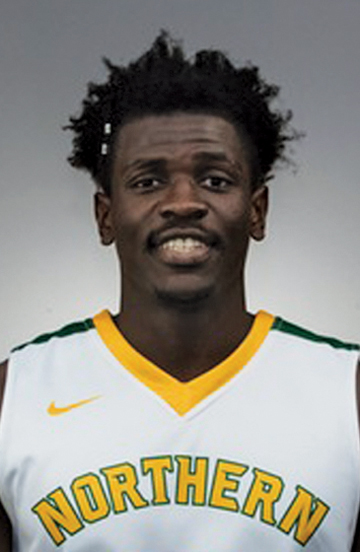 ALLENDALE — Northwood put together a 10-0 spurt in the game’s final minute and a half to pull away from Northern Michigan University for a 64-53 victory in the GLIAC men’s basketball tournament semifinals on Saturday afternoon.

Playing at Grand Valley State, the Wildcats were easily the biggest underdogs in the semifinals and finals as they were the only road team to win four days earlier in the first round. No. 8 seed NMU had won 70-69 at No. 1 Ferris State on Tuesday, while the other three semifinalists were seeded Nos. 2, 3 and 4 and had won at home in the quarterfinals.

That included Northwood, which was No. 4 after beating No. 5 Davenport 82-70.

No. 3 Michigan Tech captured the playoff title after beating finalist host and No. 2 Lakers 69-53 on Saturday and Northwood 68-57 on Sunday.

NMU senior Sam Taylor was among the seven players named to the all-tournament team that was headed by MVP Kyle Monroe of Michigan Tech.

On Saturday, the Wildcats and Timberwolves traded the lead throughout the first half with NMU up 34-32 at halftime. Northern kept the lead for a little over three minutes of the second half until Northwood’s Evan Lowden sank a 3-pointer to make it 37-36 T’wolves.

While the Wildcats never pulled even again, they kept it a two-possession game until NU went up 54-46 with 3:14 left.

Two free throws each by sophomore Dolapo Olayinka and senior Marcus Matelski got NMU back within 54-50 with 2:11 left before the Timberwolves started their decisive late run to put the game away. Key to the run was NU’s Jack Ammerman going 6 for 6 at the free-throw line.

Olayinka led all scorers with 21 points, though only three came in the second half as he came within two points of his career high. Making three 3-pointers, he also grabbed a team-high 10 rebounds and blocked two shots.

Ammerman scored 16 points to lead Northwood, which finished at 18-13 after Sunday’s loss.