Boys hoops heats up this week of tournaments 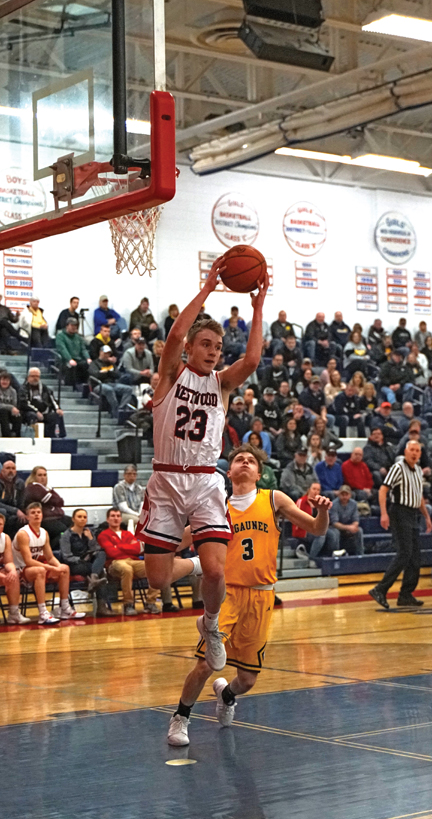 MARQUETTE — Week 2 of high school basketball districts moves to the boys’ side this week, with high school girls basketball, hockey and gymnastics adding their own spice with just a few elite teams left.

And Northern Michigan University will have a number of athletes traveling to NCAA championships meet during this time.

The nitty-gritty, though, is boys basketball, as every area team will get to play in a MHSAA district tournament this week, seven of the teams going tonight with the other five to get started on Wednesday evening.

One thing that may throw some fans off is the difference in divisions for two area schools — Munising and L’Anse. Both the Mustangs and Purple Hornets played in the Division 4 girls tournament last week, but will be in Division 3 for the boys tourneys this week.

With the MHSAA changing basketball from Classes A-D to Divisions 1-4 a year ago, it now looks at the schools that actually sponsor each sport before dividing schools into four as-equal-as-possible enrollment groupings.

A few schools that only offer boys or only offer girls basketball changes the cutoff enough to leave borderline schools like Munising and L’Anse on either side of the Division 3-4 divide.

Munising will join a majority of Marquette County schools in a Division 3 district hosted by Bark River-Harris. But with nontraditional formats all the rage — where the tourney host school only hosts games it’s actually playing in — much of the district will be played in Marquette County. In fact, Gwinn has a chance to host three games if it can make it to the finals and Bark River-Harris doesn’t.

And unlike the Marquette girls, who made two trips across the Mackinac Bridge last week to open their Division 1 district, the Marquette boys are at home tonight and Wednesday if they advance, and could also host the district championship depending on whether tourney host Traverse City Central would be the finals opponent.

Five girls teams, though only two from Marquette County, have advanced to regionals that open Tuesday night.

Marquette in Division 1 has to make a trip to Gaylord, while Westwood in Division 3 almost gets to stay home for a game at Marquette. Both will have further to travel on Thursday if they win and make it to the regional finals, Marquette going down to Mount Pleasant and Westwood to Sault Ste. Marie.

Then Munising, Baraga and L’Anse all travel to Kingsford for Division 4 regional games both Tuesday and Thursday.

In hockey, Marquette has advanced to the Division 2 state semifinals to be played at USA Hockey Arena in the Detroit suburb of Plymouth on Thursday evening, and will stay there if they win as the state championship game is in the same location on Saturday morning.

And at least one area athlete — Marquette’s Haddie Ketzenberger — will represent the area at the MHSAA state gymnastics finals to be held in Rockford on Saturday.

From NMU, the men’s and women’s swimming and diving teams have a number of athletes participating at the five-day-long NCAA Division II Championships that begin Tuesday in Geneva, Ohio, while the Wildcat men’s and women’s Nordic skiers will be at the NCAA National Championships being held Thursday and Saturday in Bozeman, Montana.

Here is a schedule of high school basketball and hockey games for this week. They include non-area teams in tournaments that have teams from our area: