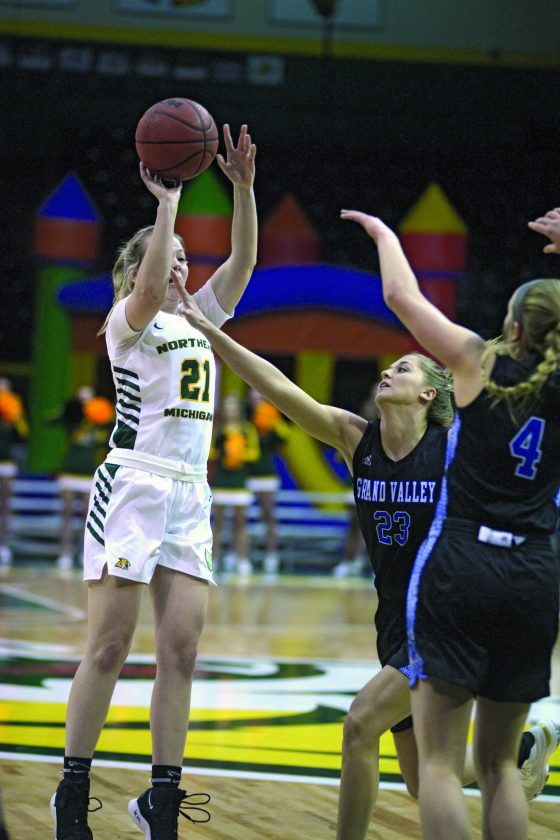 MARQUETTE — On Thursday, some GLIAC basketball programs will be wondering about their postseason future. Will they make it into the conference tournament? If so, do they have a chance at a home game, or will they be stuck on the road the rest of the way?

The Northern Michigan University women’s basketball team will not be one of those squads asking questions. The Wildcats earned their playoff bid last weekend after a home win over Davenport, but after this week, they’ll be away from the Upper Peninsula for the remainder of the year.

They can’t focus on that quite yet though as NMU still has an important game Thursday night as it will host rival Michigan Tech to close out the regular season. According to Northern head coach Troy Mattson, the game means a little more to the Huskies this time as a loss to the Wildcats could kill any remaining chance Tech has of making the GLIAC Tournament. That being said, the game still matters to NMU.

“Honestly, it’s about the tournament for me,” Mattson said Tuesday. “I’m preparing my team for the conference tournament all season long and we are the number five seed, we’re going to (Wisconsin) Parkside. So it doesn’t really matter what happens in this game other than that it’s Tech. This is a really important game for Tech’s women’s program. If they lose, they’re probably not going to get in the conference tournament. So they’ve got a lot to play for and I’m still trying to prepare our team for next Tuesday to be honest with you and getting us ready to play. Obviously, I’m preparing for Tech, but in the back of my mind, how can I get our team ready to play next Tuesday so that maybe some things happen that we can move on in the tournament and have a great experience like we did last year. So I think it’s a bigger game for them than it is for us, but it’s still Michigan Tech and Northern Michigan and we need to be ready to play.”

NMU was definitely ready to play last Saturday. The Wildcats were dealt a hard loss by now-No. 4 Grand Valley State Thursday, but they rebounded to beat the Panthers thanks to some perimeter players stepping up to support Northern’s post players.

“That’s the biggest thing,” Mattson said. “Some other people, at home here anyway, have stepped up and made some shots and made it a lot easier on our inside people. I thought Amber (Huebner) had probably her best weekend of the year, even against Grand Valley and Davenport. I thought she played extremely hard with a lot of confidence. Getting Makaylee (Kuhn) back, even though she’s not healthy, but getting her back to be able to play in the games. She’s been all season long for a freshman, she’s gotten us double digits in scoring and that’s something that we need to have happen. So I thought our guard play was much better this past weekend. I thought defensively we played with a lot of energy. A lot of toughness out there. We didn’t have too many breakdowns on the defensive end, and we need to clean up a couple more, but as we start to moving on here in the tournament, you’re going to have to be almost perfect when you start getting against the teams that are better than you and those are things that we’re concentrating on right now.”

NMU tips off against the Huskies at 7:30 p.m. Thursday.