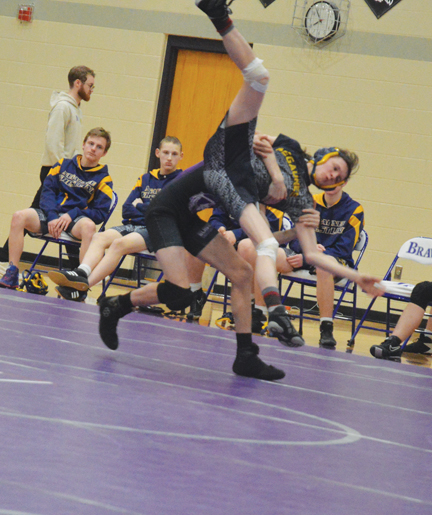 In the next bout, sophomore Brett Boudreau (285) pinned Bryce Dunstan at 5:55, enabling the Braves to seal the deal.

The Braves appeared to be in the driver’s seat after senior Cole Hansen (160) needed just 36 seconds to pin Thomas McCollum for a 30-18 cushion.

Negaunee beat Kingsford 54-28 in the semis.