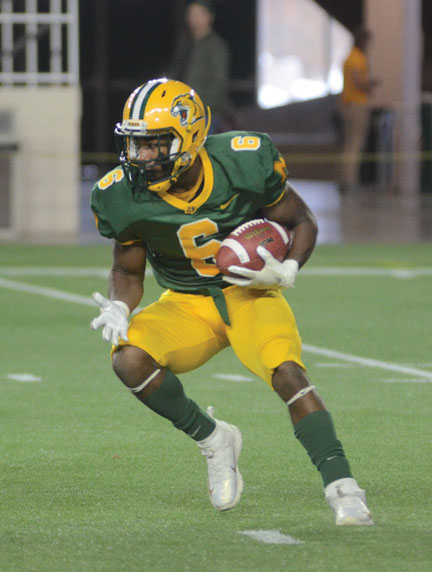 MARQUETTE — The schedule for this fall has been released for the Northern Michigan University football team and includes six of 11 games to be played in the Superior Dome.

Among the home games is the annual contest against Michigan Tech for the Miners Cup on Oct. 24.

The season begins on Sept. 5 at McKendree University in Lebanon, Illinois, and continues each Saturday without interruption until the finale is played Nov. 14 at Ferris State in Big Rapids. Times for games are yet to be determined.

The Wildcats get a rematch against McKendree, the only team they defeated last year, 30-9, at home as the Bearcats finished 5-6 as a member of the Great Lakes Valley Conference.

That game is followed by the Northern’s home opener on Sept. 12 against a first-time opponent, Central Washington. CWU was 7-4 last season and finished the season receiving votes in the NCAA Division II poll.

NMU then plays its first GLIAC game at Davenport in Grand Rapids on Sept. 19. The Panthers were 5-5 overall and 3-5 in the conference in 2019 as last year’s game went to overtime before Northern lost.

That game is followed by two more league games — home against Saginaw Valley State for homecoming on Sept. 26 and at Wayne State in Detroit on Oct. 3.

Oct. 10 marks the beginning of a three-game stretch at home for Northern, starting with nonleague Ohio Dominican and followed by GLIAC foe Northwood on Oct. 17 and MTU on Oct. 24.

The Wildcats finish out the season with three more league games, two on the road. They travel to Ashland, Ohio, on Halloween on Oct. 31, host Grand Valley State on Nov. 7 and go to Ferris State in Big Rapids on Nov. 14.

Ferris was a perfect 8-0 in the GLIAC and 12-1 overall last season, reaching the NCAA Division II national semifinals before falling to eventual champion West Florida.

The Wildcats are sure to be more experienced this season as they had the youngest game-day roster in the GLIAC in 2019, with just 26 players who were juniors or seniors. By the season finale, NMU played 29 freshmen and sophomores compared to just 15 upperclassmen.

Northern also had seven All-GLIAC honorees who return this fall.