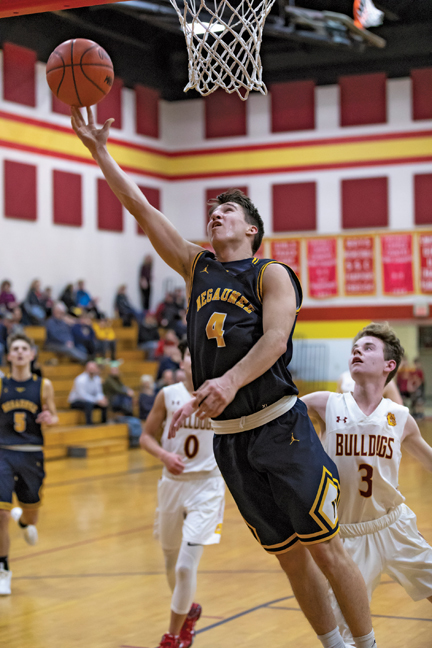 HANCOCK — The Negaunee boys came to town on Monday and did what they do best — win basketball games.

The Miners defeated Hancock handily in a 70-31 win. It was their ninth win in a so-far perfect season.

Negaunee quickly jumped out to a 8-0 lead as it dominated inside, including several banks of shots off the glass. Hancock’s Elijah Packard broke the ice for the Bulldogs with 5:50 left in the opening quarter. It was all Hancock managed, though, in the first eight minutes as the Miners led 18-3 after one period.

Negaunee’s tough man-to-man defense left the Bulldogs with little time or space to set up its offense.

“Night in and night out, our defense is what wins our games,” Negaunee head coach Dan Waterman said. “Tonight it gave the other team fits and we were able to establish a big early lead.”

Hancock turned the ball over too often on errant or telegraphed passes. They were hurried in their shooting and absent in their rebounding. At halftime, the home team was down 36-15.

Having yet to win this season, games against an older and more experienced Negaunee team could be a source of frustration for Bulldogs head coach Matt Strong.

However, Strong is one who would prefer to find a silver lining in such games.

On Monday, that silver lining was Hancock’s defense.

“Early on we were able to play with them and keep them at bay, but then there would be a breakdown and they’d come on in,” Strong said. “Our communication has got to get better.”

In the third and fourth quarters, the pace was much the same as Negaunee continued its domination.

The Miners’ defense forced Hancock to put up a number of low-percentage shots that bounced off the rim or even missed all together. While the Bulldogs would get one shot and were outrebounded, the Miners were able to put up two or three.

With more than a 30-point lead as the game wound down, Waterman was able to play a number of his reserves and was quite pleased.

“I liked the intensity they brought to the floor,” he said of the players who see much less playing time. “I say that that is the price of admission in our program. You have to play hard if you want to get in the game at Negaunee and those kids did.”

The Miners play at Gladstone in a Mid-Peninsula Conference game on Thursday. 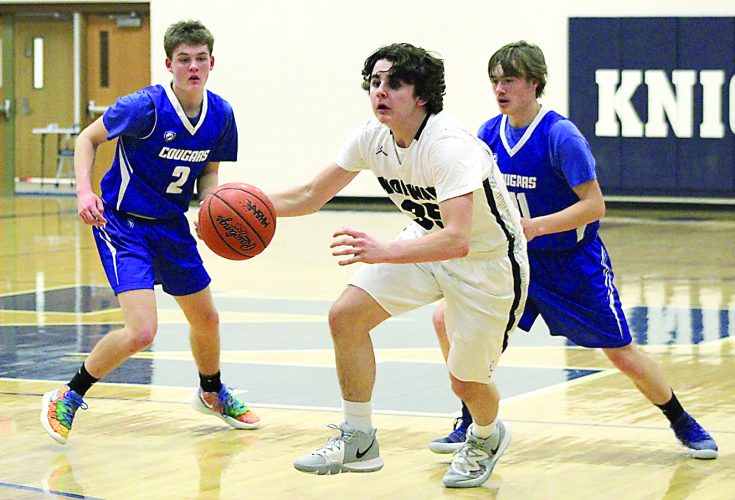 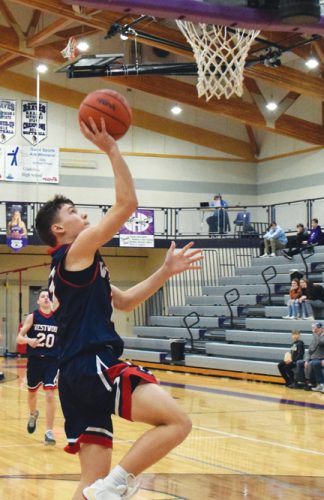