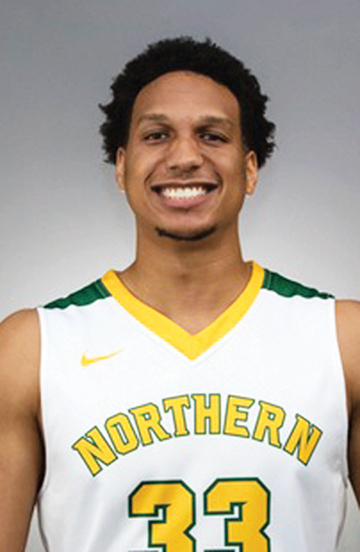 GRAND RAPIDS — A big run in each half helped the Northern Michigan University men’s basketball team defeat Davenport Thursday evening and move into a tie for the fourth-best record in the GLIAC.

The Wildcats used a 10-0 first-half run to get back into the game and a 9-0 second-half spurt to take control for good in a 67-58 victory at the Panthers’ home gym in Grand Rapids.

NMU improved to 9-9 overall and 6-4 in the conference to tie Davenport (14-6 overall), Saginaw Valley State and Wisconsin-Parkside in the GLIAC. Only Grand Valley at 9-1, Ferris State at 8-2 and Michigan Tech at 7-3 are better in the 12-team lineup.

Northern plays at the GVSU gym at 3 p.m. Saturday.

Howard sank just his seventh 3-pointer of the season while making 5 of 7 free throws. He also led the Wildcats with 12 rebounds for a double-double. And his single blocked shot brought his career total to 202, just 11 from the school record.

Howard hit his triple in the midst of Northern’s first-half run that turned a 16-6 deficit into a 16-16 tie in barely more than three minutes. Though the Wildcats never took the lead in the first half, it set them up for the rest of the game as the halftime score was also a tie, 23-23.

After the first 12 minutes of the second half that saw the game tied and lead switch hands numerous times, Taylor, Wolf and Fruin hit 3s in a stretch of less than two minutes to turn Davenport’s 44-43 lead into NMU’s 52-44 advantage with 5:37 left.

The lead ballooned to 13 points, 59-46, following a pair of Fruin free throws with 2:46 to go, as the Wildcats kept a lead of at least seven points the rest of the way.