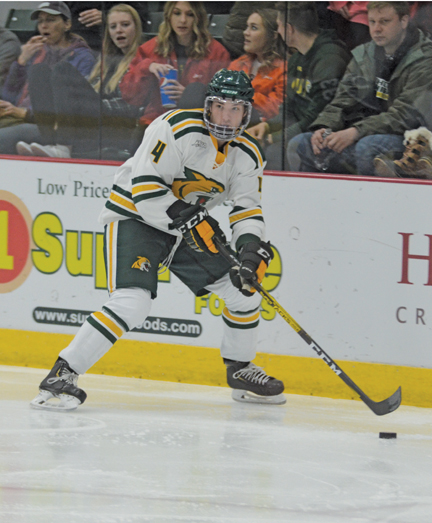 Northern Michigan University’s Michael Van Unen skates with the puck looking for a teammate to pass to in a game against Alabama-Huntsville on Nov. 1 at The Berry Events Center in Marquette. (Journal file photo by Trinity Carey)

“That’s what it’s like when you play top teams. You can’t have any passengers.” — Grant Potulny, NMU head hockey coach,

Northern Michigan University’s Michael Van Unen skates with the puck looking for a teammate to pass to in a game against Alabama-Huntsville on Nov. 1 at The Berry Events Center in Marquette. (Journal file photo by Trinity Carey)

MARQUETTE — It’s the holiday season, a time when people exchange gifts with family, friends and sometimes even coworkers.

However, the Northern Michigan University hockey team gave itself a gift on Dec. 14 when it scored a 4-1 win over then-No. 1 Minnesota State-Mankato at the Berry Events Center. It was only the second loss of the season for the now-No. 2 Mavericks and it took every Wildcats player competing at a high level to pull off the upset.

It came an evening after Mankato dropped Northern 5-2 to open their two-game series. 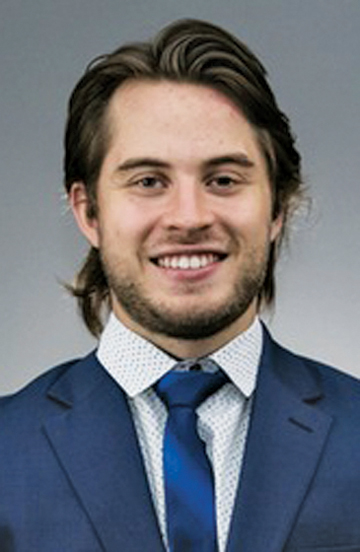 NMU (9-7-2, 7-5 WCHA) got goals from unlikely scorers in Ben Newhouse and Michael Van Unen and some great play in net from goaltender Nolan Kent to help hold the high-powered Mavericks to one goal for the evening and just four shots in the third period.

The pair picked up WCHA awards with Newhouse earning Defenseman of the Week and Van Unen being named Rookie of the Week.

“Having a senior like (Darien) Craighead out, that’s played a ton of minutes for you, Caleb (Schroer) is hurt, Jett (Jungels) is down. Rylan (Yaremko) had just come back,” Wildcats head coach Grant Potulny said in a phone interview Monday. “And to beat a team like that, you almost have to play the best you can just to give yourself a chance.

“Then you get goals from Van Unen and Newhouse, who typically, going into the game, those wouldn’t be the guys I’d think were going to score. It was a great effort and that’s what it’s like when you play top teams. You can’t have any passengers.”

Even though some people saw the Wildcats’ win over Mankato as a major upset, Potulny doesn’t see it quite that way. 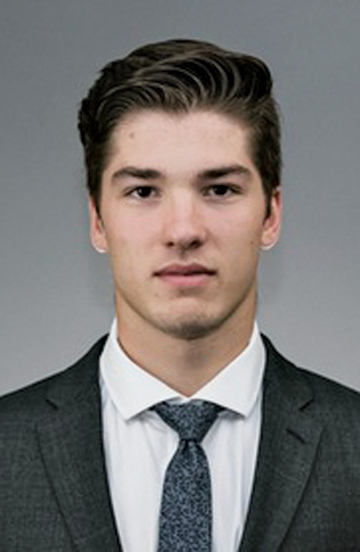 “I think if you look at the last couple of years, we were right there with them,” he said. “It’s not like we haven’t beaten them before. We split with them two years ago both times.

“Going into this year, we beat BU (Boston University) and played good games. So I don’t think our guys felt like that. If they’d felt like that, they probably would’ve been that disappointed after the game on Friday. I think there was definite disappointment in the locker room.”

Not only was Saturday’s win a statement victory for the Wildcats, it also gave them momentum heading into the winter break as they don’t play again until Jan. 3-4 at No. 11 Bowling Green State.

The Falcons eliminated Northern in the WCHA semifinals last year after the Wildcats did the same to them the year before.

Looking at the state of the Wildcats, there have been some positives and some lingering question marks. The biggest question has to do with goaltending, as NMU didn’t have a firm No. 1 netminder to start the season and none of the three on the roster have emerged as the guy to beat.

However, Kent has been stable in net and might have the edge going into the second half over John Hawthorne and John Roberts.

“I think you can only go off your last appearance, and in that game, he (Kent) definitely made progress,” Potulny said. “Those are games that give goalies confidence. The thing that’s been hard for me, it’s hard for them to feel confident when you get pulled from a game, or you get halfway through a game, and over the last five games we were changing goalies. But I’ve got to do what I think is the best way for us to maybe have a chance to win a game.

“So for (Kent) to complete that game against a really quality opponent and make some really important saves, going home for 10 days, that’s the last thing on his mind. I would think that he would go back and settle in a little bit, and hopefully feel good about that.”

The big positive, on the other hand, is that Northern has a more balanced scoring attack. Last year, the Wildcats relied heavily on its top line of Troy Loggins, Adam Rockwood and Denver Pierce to create offense, and the previous year, it was Robbie Payne who was the go-to player.

Now forwards Griffin Loughran and Vincent de Mey have been consistent scorers and younger players are starting to emerge as well, like Andre Ghantous.

“That’s really important because for a couple of years, we didn’t have that,” Potulny said. “The Rockwood-Loggins-Pierce line could score and then the first year, we had (Robbie) Payne with 24 (goals). It was almost like if those guys didn’t score, we didn’t have a chance to win.

“I don’t feel like that’s the case (now). We have a bunch of guys that are between five and 12 (goals). That makes a big difference when it doesn’t have to be Loughran every night or de Mey every night or (Joe) Nardi or whoever it is. Now you can have games where you’re not just relying on that top line and people can’t just focus on those three players and know if I shut those guys down, we probably have a good chance to win.

“That’s just the evolution of the depth of our program. We’re still building that. But we’re young, so there’s going to be some growing pains in that aspect.

“But I like the guys. I like our team. I think we’ve just been on the short end of the stick in games that we probably should’ve won.

“I think our (defensive) corps has had their ups and downs. They’ve had some very good stretches and they’ve had some stretches where they’ve played OK, but out of that group, I think coming in, the guy that’s probably played more and maybe better than we anticipated was (Tanner) Vescio. He’s really taken that ice. He’s plays a lot. He kills penalties. From a guy that we weren’t necessarily sure what we were gonna get, I think he’s really played well and that bodes very well for the future because of what we believe that some of those other freshmen ‘D’ can do.

“Whether it’s (Hank) Sorensen or Van Unen or whoever it may be. We know those guys will come around and I think Hank’s played well so far, but Tanner’s been a nice surprise.”

Overall, the season has been a bit of a surprise. The Wildcats got off to a fantastic start in October and were even ranked in the top 20 for a few weeks, but hit a lull in November that included a bad loss at then-winless Alabama-Huntsville. However, the big win over the Mavericks may be the boost the team needs to get back on track.

“We’ve been pretty good,” Potulny said. “Not great, not terrible. So pretty good. But now, we need to make some progress in the second half and we can’t have any more games that we should’ve won that we didn’t.

“We’ve got to find a way to win those games and make sure you keep adding points to the bank, because as we all know in this league home ice is king.

“Hopefully, we can continue to bag some points and be in a position at the end of the year, like we were last year, to make a run and catapult a couple people right at the end.”