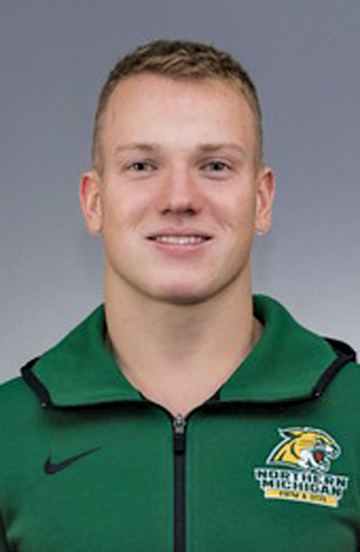 MARQUETTE — The nationally ranked Northern Michigan University swimming and diving teams get to test those reputations against multiple teams at the three-day Calvin College Invitational this evening, Friday and Saturday in Grand Rapids.

This is the Wildcats’ only meet during a midseason lull between early November and mid-January.

Both teams are ranked No. 11 in NCAA Division II as the men are defending champions at this meet after scoring 2,042 points last year against five other teams.

The NMU women were runners-up at Calvin last year, with Grand Valley State edging them out, 1,662-1,610, in an eight-team field.

In the early November meet, the Wildcats posted relatively wide margins of victory in dual meets against Wisconsin-Stevens Point, the women winning 203-86 and men 175-119. Between the two squads, NMU won 29 of 32 events.

The NMU men are 5-2 and have moved up from their preseason national ranking of 18th, while the women are 10-1 and improved from a preseason No. 15.

A pair of Northern swimmers have each been named GLIAC Athlete of the Week twice this season. Senior Rachel Helm earned the women’s honors the first two weeks of the season, while junior Ondrej Zach won the men’s award in the second week and once more after that.

Helm and Zach are just a few of the team’s swimmers and divers with nationally ranked times and scores in Division II.

Helm is eighth in the 100-yard backstroke and ninth in the 200 back, while her participation in the 400 medley relay put that group 12th.