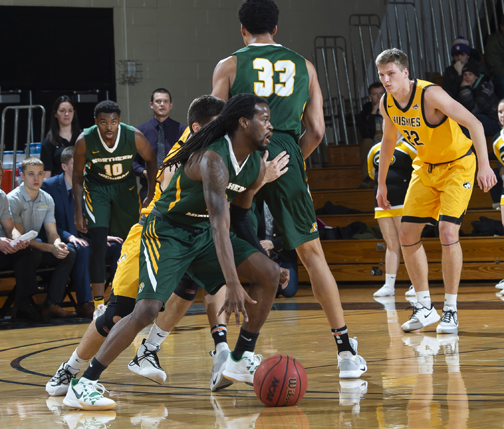 HOUGHTON — Marcus Matelski sank a 3-point bucket at the final buzzer to break a 61-61 tie and lift the Northern Michigan University men’s basketball team to a 64-61 victory at Michigan Tech in the Upper Peninsula rivals’ first meeting of the season at the Huskies’ SDC Gym on Sunday afternoon.

The contest was almost entirely a one-possession game for the final nine minutes with the lead changing hands several times. Matelski made it a two-possession game briefly around the five-minute mark when another triple went through the hoop for a 59-55 NMU advantage.

It quickly went back to being tied or a two-point game until Matelski’s game winner fell through the twine at the buzzer.

The senior guard joined a balanced scoring attack as five Wildcats scored 10 or 11 points. Matelski, and Dolapo Olayinka each had 11, while Troy Summers, Alec Fruin and Sam Taylor all put in 10.

Fruin and Myles Howard paced NMU rebounders with six apiece, while Taylor had a team-high three assists and Howard the team’s only blocked shot.

Former North Central star and MTU player Dawson Bilski led all scorers with 22 points, hitting a pair of 3-pointers as the Huskies made just 3 of 24 (13 percent) from long range. Matelski led all players with three triples in his six tries.

Northern got out to a fast start, using a 12-0 streak to build a 17-4 lead less than 10 minutes into the game. Though the Huskies scored the final six points of the first half, NMU still led by a comfortable 31-19 margin at halftime.

That was a portend of things to come, however, as Tech continued to whittle down its deficit to start the second half, getting it to single digits at 36-27 when Bilski hit a 3 less than three minutes after the break.

Owen White’s two free throws with 8:07 left gave MTU its first lead, 53-52, and it stayed nearly that close the rest of the way.

The Wildcats have now won three straight over the Huskies dating back to Jan. 26.

NMU hosts former GLIAC member Hillsdale at 5:30 p.m. Thursday before another home afternoon game at 1 p.m. Saturday against Ripon to close out 2019.

The Wildcats return to conference play at home against Ashland on Jan. 2. 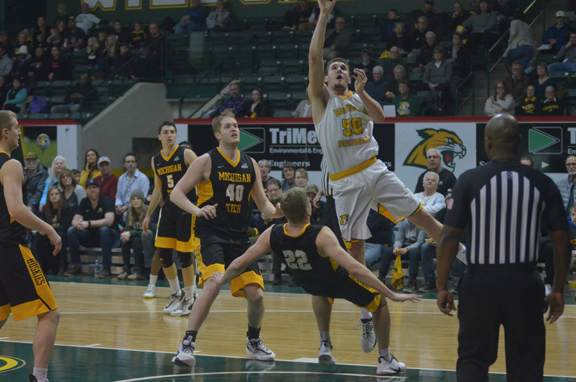 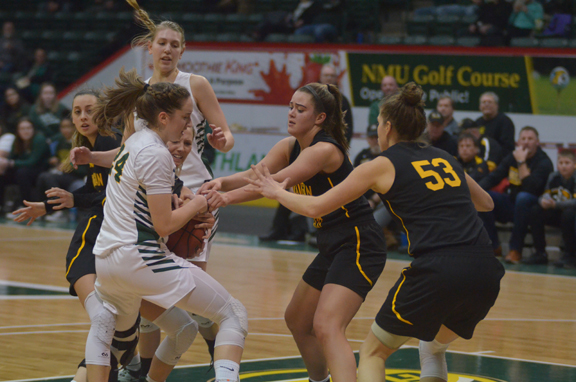