Ups and downs featured at opening of seasons: Northern Michigan University basketball teams try to hold course after winning, then losing in Illinois 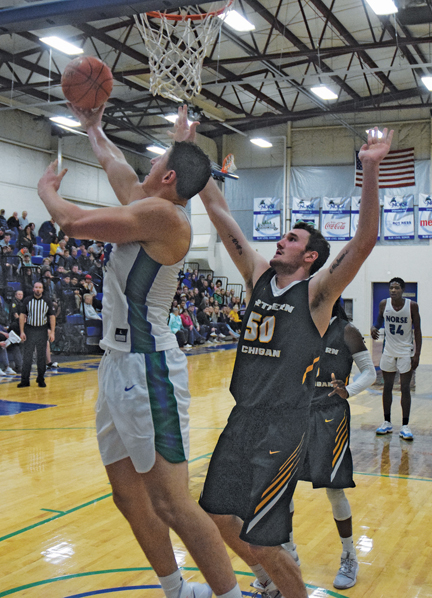 “As great of players as they were in high school, when they get to this level, they don’t understand that there are two ends to the court.” — Troy Mattson, NMU women’s head basketball coach, on adjustments

MARQUETTE — Last weekend was one of mixed results for the Northern Michigan University women’s and men’s basketball teams.

Each squad won its season opener at the GLIAC-Great Lakes Valley Conference Challenge, then struggled offensively in their second game, emerging from the weekend 1-1.

Now both Wildcat teams must regroup as they head to Minnesota for two more nonconference contests today through Saturday. 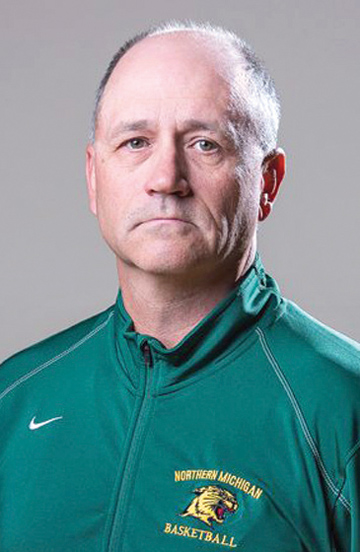 But the head coaches are taking different approaches. Women’s head coach Troy Mattson said Tuesday his squad is focusing on themselves and less on their opponents, a physical Minnesota State-Mankato team and Minnesota-Duluth.

“We’ve got so much to learn,” he said. “Just playing freshmen. There’re some programs in basketball that redshirt every freshman. We’re just in a position that we have to play two or three freshmen right now.

“It’s such an adjustment for them. As great of players as they were in high school, when they get to this level, they don’t understand that there are two ends to the court. We might be pulling in 20-plus-point scorers, but on the defensive end in high school they probably weren’t demanded to play defense or understand it as well as they need to at the college level. To understand that we play every second out there and not take plays off is really big.

“That’s things that they’ll learn and it’s just a matter of how quickly they will learn it so they can help us win basketball games.”

Men’s coach Matt Majkrzak is taking a different approach in what he calls the “early season” and is looking at the Wildcats’ upcoming opponents as they’ll face two quality teams in Duluth and Southwest Minnesota State.

“A lot of coaches say in the early season that we’re going to focus on ourselves and get better day in and day out,” he said. “Obviously, all that is true. That’s the cliche.

“In a lot of cases right now, we have to focus on our opponents because we need to guard stuff for the first time. We’ve seen our offense every day, so if we had to play ourselves, we’re pretty prepared. But we’re seeing different offenses and different teams that we haven’t seen maybe what they do day in and day out.

“So in practice right now, we are spending a lot of time on our opponents, especially trying to get our defense ready to guard against systems that might not be the same. That’s one thing that hurt us on Sunday and I don’t know if we weren’t fully prepared. (Saturday’s opponent) Lewis was an opponent that is very similar to who we are and I thought we guarded their stuff very well because we see it every day.

“But then McKendree was very different and I think that definitely hurt us a little bit on Sunday. So we need to do a good job of just guarding against different actions than what we see every day out of ourselves.”

Looking back at last weekend’s games, the women picked up a win over William Jewell on the strength of their defense, holding the Cardinals to just one point in the second quarter on their way to a blowout.

However, a day later Mattson thought that his team might have overlooked that although Lewis had lost to Michigan Tech, it was still a talented program.

“We pride ourselves on our defense, but their offense just fed right into our defense,” he said. “They got off to a great start on us, I think it was like 15-5, but then after that, they just struggled.

“We’re longer, a little bit more athletic and their offense just fed right into us. It just made it a lot easier for us to do all the things we wanted on the defensive end. We executed our plays on the offensive end. I was happy that it happened, but we kind of knew that going in that it would be tough for them to score at some point during that game.

“It was a perfect storm against us, to be honest with you. When we played the first game, we probably think we’re better than what we really are at this point. And then we watched Michigan Tech play Lewis and Lewis plays just terrible. You’ve got to credit Tech for that, too.

“Then we come back and watch William Jewell play Tech and William Jewell beats Tech, so we’re thinking this is going to be a piece of cake going against Lewis.

“Then the No. 20 team in the country showed up. It doesn’t matter how much you warn them at this point when you have people that are going to be playing out there. I tried to warn them that Lewis is going to punch us right in the face to start the game and they did and we weren’t prepared for it.

Majkrzak had similar feelings. He said that a win in his first game over Lewis as the Wildcats’ head coach was fun, but that in the following game against McKendree, the Wildcats just didn’t bring the level of game they needed to.

“It was a really fun locker room after that,” he said about the win. “We talked about how much they bought in and it was nice to see that rewarded right away.

“You know it’s gonna happen, but you don’t know when it’s going to happen. It was nice to just have that first game kind of be validation for a lot of things we’ve been working toward and working on. It was definitely really exciting.

“I think the big thing for us that I was concerned about after the first game, with it being the first year, was getting a lot of praise for our guys and even for us. We get all these texts and calls about how good you did and how great it’s gonna be. How we’re moving the ball now and shooting 3s now like it was some magic formula to basketball that we hadn’t seen before.

“I knew it wasn’t and I said right after the game that you have 20 minutes to enjoy it and then you need to refocus because one game is one game, and we’re still the same team we were.

“I don’t know how much of it was them buying into that false confidence, or just that we played a good basketball team and we didn’t play very well. But when I rewatched the film, the biggest thing was we just didn’t have it.

“Whether it was all that false praise getting in our heads, or it was the second night of a back-to-back and we only had 20 hours of rest time and had an 11-hour bus trip the day before.

“I just know that it wasn’t acceptable for what we want to be and it won’t happen again at least to that level as far as the energy and effort goes.”