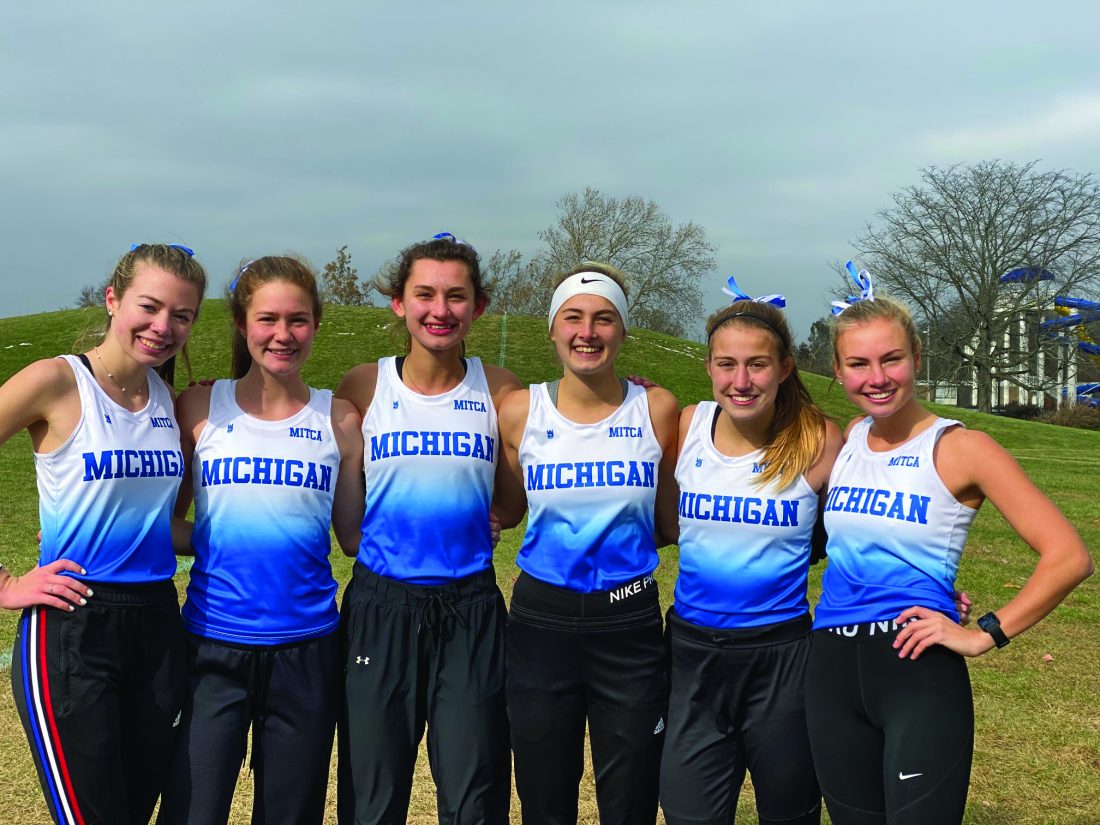 NEGAUNEE — When Negaunee runner Emily Paupore is running on a cross country course, she isn’t thinking too much except for possibly the task at hand.

And if she does, it’s about all the preparation she put into the race so she’s ready to win.

That type of focus is continuing to bring her success.

One month after she won the MHSAA Upper Peninsula Division 1 girls championship, Paupore competed in the Mid-East XC meet in Ohio and took seventh overall in 18 minutes, 45.6 seconds. She was eligible for the meet by taking third in a state qualifier against the top senior girls downstate as the top dozen runners moved on to the Mid-East race.

“It was a pretty good field,” she said of the downstate race. “It had some of the best girls in Michigan, so there was some really good competition.

“For this late in the season, usually times start to get a little bit slower because you’re going to get tired and you’ve been running for awhile.

“I was happy with my time. I placed well, so I was more looking for place than time.”

When Paupore got to Ohio, the competition was stiffer, but she found it just as enjoyable as she was working with teammates to win.

“It was super fun because I was racing on a very competitive team and I really just wanted to do well for my team,” she said. “So it made the experience so much better because you’re racing for something more than just your own time, you’re racing for your team’s time, too.

“I really had a lot of fun and I met some really cool people. It was an awesome experience. Michigan is usually pretty good and the Midwest as a whole usually has some pretty good runners. It was a deep field.”

The Mid-East XC race was also Paupore’s first real event after the U.P. Finals, so she was happy she performed well after an extended time off.

“That was my first big race since U.P. Finals, so it was kind of a long break and I was a little bit nervous to race again,” she said. “Of course, I still kept running, but without racing, you get into a little bit of a different mindset when you haven’t raced for awhile. So it’s kind of hard to go back to racing. This far into the season, trying to race so competitively, it’s a little bit different than what I’m used to, but it was super fun though and I enjoyed it.”

Paupore had one more cross country race even at this late date in the year and that was on Sunday at the Foot Locker Midwest Regional in Kenosha, Wisconsin. She placed 95th there in 21:08.3 against a nationally elite field.

She says she’ll now take a short break before starting the indoor running season, which will include four or five races downstate before moving back outdoors.

“I kind of enjoy racing indoors,” she said. “You don’t really have any weather factor or any wind or anything, so you can usually run some pretty fast times. Like I’m racing some of the best girls in Michigan when I race downstate and they push you really hard and you always have super good competition. It makes racing really competitive and I really enjoy it.”

Paupore has been recruited by several schools, including some NCAA Division I programs, but doesn’t know where she wants to go yet. Even though she’s eager to start her collegiate career, she wants to finish her career with the Miners on a good note and potentially set more U.P. records.