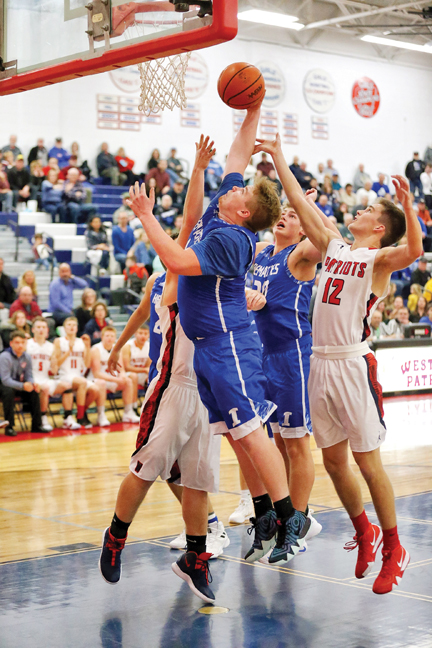 ISHPEMING — There’s a new boys basketball coach on the bench at Ishpeming, but it’s a familiar face as head varsity football coach George Niemi will be taking over on the hardwood, too.

Niemi is also familiar with his varsity basketball players since he was the Hematites’ JV basketball coach the past few years.

He knows already who his key players should be.

“We have two guys returning in Jake Kugler and Gavin Argall, who were varsity starters last year,” Niemi said. “We’re looking at a couple of kids, Chase Jensen and John Corkin, who were injured last year and didn’t play at all, to contribute.

“We really don’t have a junior class. All the kids that were on our JV team last year, for whatever reason, decided they weren’t going to play. So we’re going to be heavily senior-laden just like our football team was.”

Niemi thinks that experience will be a team asset, but more importantly, it will be his team’s efforts when they don’t have the ball on defense. He said when it comes to defense, he’s going to stick with a man-to-man strategy.

“Experience, yes, and I think our ability to just work hard,” he said about his team’s strength. “Defense, of course, is going to be one of our strengths this year. We’ve got some kids that just like to hustle and just like to come at you. I’m hoping that our defense is solid and we’ll see where the offense comes from.

“Just like football, we’re going to need someone to step up and score some points for us. We graduated a pretty darn good class last year.

“We’re predominantly a man-to-man defense team, but the last couple years, I’ve played around with a little bit of a zone at the JV level, and we might throw that in, but first and foremost, we’re going to learn how to defend man-to-man.”

While some teams have started practice, Ishpeming is a bit behind due to their longer football playoff run. But Niemi said his players have been working hard until they can get organized. Overall, he said that he’s just looking forward to getting things going.

“We’re having a couple open gyms right now, just trying to get their legs underneath them,” he said about last week. “Just get some shots up and things like that.

“I love working with the kids and I love Hematite basketball. I just love being in the gym and seeing the other coaches and watching the other kids. I’m really looking forward to it.”