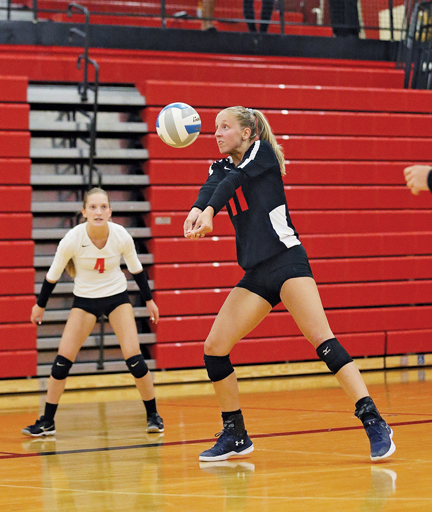 MARQUETTE — Outside hitter Seiler Hruska of Marquette has become a force to be reckoned with as just a sophomore in Great Northern Conference volleyball.

She’s been recognized for her abilities as the league’s Offensive Player of the Year in voting announced earlier this week.

Hruska, who led the Redettes to an 8-0 GNC record and the regular-season championship, and was joined by four of her teammates in earning league honors.

Escanaba’s Jalin Olson was named the GNC Defensive Player of the Year.

Here are the other league honorees: