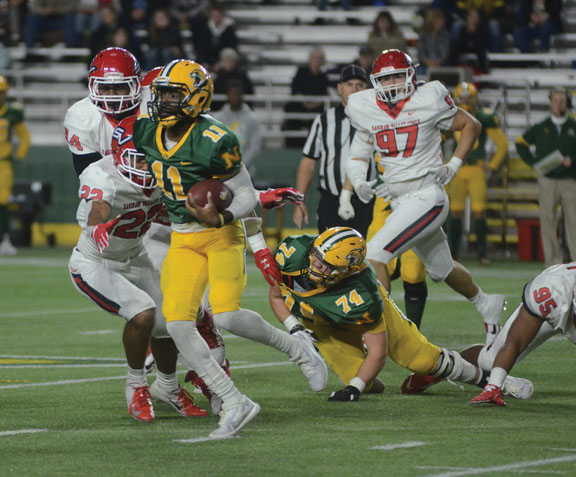 But the Northern Michigan University football team made it look like they could Saturday as the Saginaw Valley State offense torched the Wildcats defense for six first-half touchdowns, four on long plays as the Cardinals blew out NMU 56-10.

This was the Wildcats’ last home game of the season. It snaps a four-game losing streak for SVSU while extending Northern’s skid to eight.

After stopping the Wildcats (1-8, 0-7 GLIAC) on their first possession, Saginaw (5-5, 3-4) went to work on offense. A lengthy drive was capped off by Nate McCrary’s 3-yard touchdown run and with the extra point, the Cardinals led 7-0.

Northern had a solid return from Tyquan Cox on the ensuing kickoff, but the Wildcats offense couldn’t do anything with the good field position. Less than a minute later, the Cards proved that starting deep in their own territory didn’t matter as quarterback Ryan Conklin hit a wide-open Chad Gailliard for an 87-yard touchdown. The extra point then made it 14-0 Saginaw. 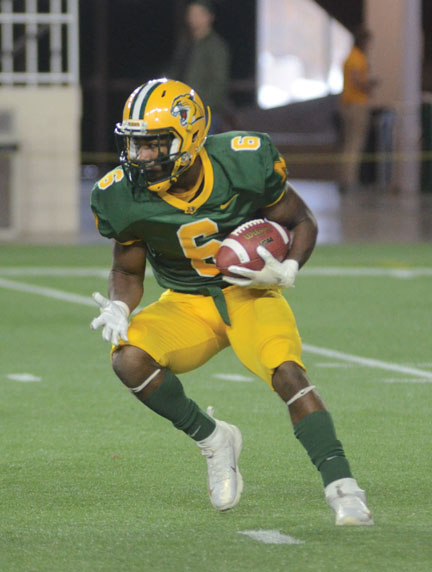 The Cardinals also scored quickly on their next position as Conklin hit Gailliard again, this time for a 61-yard TD pass for a 21-0 advantage.

NMU finally got on the scoreboard with 12:38 left in the second quarter. After driving past midfield, kicker Daniel Riser hit a 50-yard field goal to cut the Wildcats’ deficit to 21-3.

Just a few seconds later, though, McCrary busted loose up the middle for a 90-yard touchdown run and with the extra point, the Cardinals led 28-3.

However, the Wildcats didn’t give up. A minute after McCrary’s TD, quarterback Ryan Johnson hit an open Ben Loutsis by the Saginaw sideline and he took it 58 yards to the end zone.

Whatever momentum Northern had after that play disappeared when Saginaw got the ball next. The Cards put together a long drive that was completed on a 4-yard touchdown pass from SVSU backup quarterback Tye Mintz to Gavin Williams in the corner of the end zone. With the extra point, Saginaw took a commanding 42-10 advantage into the half.

Things didn’t really change in the second half. After getting stopped on their first possession of the third quarter, the Cards easily drove down the field with Gailliard finishing it off with a 15-yard touchdown reception from Mintz. The extra point extended Saginaw’s lead to 39 at 49-10. SVSU added one more TD, a 12-yard pass to Dominick Fiscelli from Conklin, to put the game away.

The Wildcats close out their season at Ashland on Saturday.