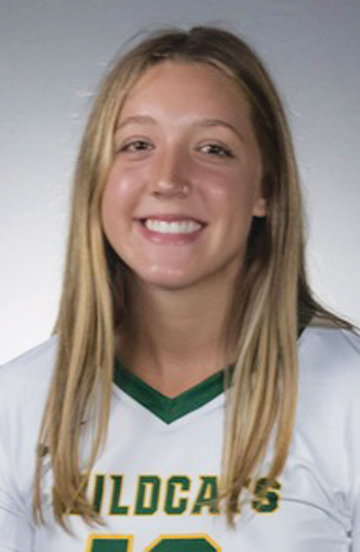 ASHLAND, Ohio — The Northern Michigan University volleyball team advanced through the first-round quarterfinals of the GLIAC Tournament with a road upset at Ashland, Ohio, on Wednesday evening.

The top four teams in the league — No. 1 Ferris State, No. 2 Michigan Tech, No. 3 Ashland and No. 4 Saginaw Valley State — hosted the next four, which included the Wildcats. The only other road victory Wednesday was posted by No. 5 Wayne State in four sets over SVSU.

NMU advances to play Michigan Tech in the semifinals, with that winner and the victor of Ferris State-Wayne State to meet in the finals for an automatic berth in the NCAA Division II tournament.

As the highest remaining seed — and the highest seed entering the tourney — Ferris State will host the semifinals on Saturday and championship match in Big Rapids on Sunday, with times to be announced, though the GLIAC website lists the Wildcats-Huskies match as the second semifinal to be played. 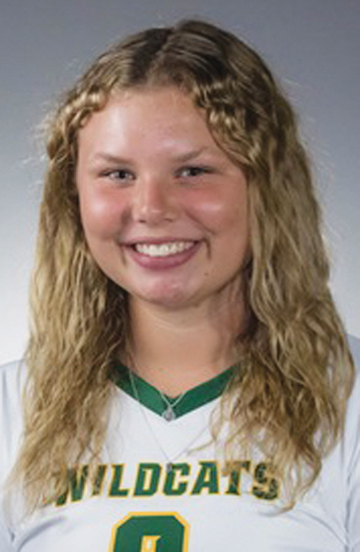 This marks the Wildcats’ second appearance in the semifinals in three seasons after NMU missed the tourney altogether last year, but got by Davenport in the quarterfinals before falling to MTU in the semifinals — against at Feris State — in 2017.

On Wednesday, Ashland jumped out to a 10-3 lead in the opening set before Northern roared back to tie it 20-20 after a service ace by sophomore Lauren Caprini.

Freshman Lauren Van Remortel answered a kill with her own kill to retie it 21-21 before Ashland added two points to take a 23-21 lead. Then NMU sophomore Lizzy Stark narrowed the gap with a kill, and an attack error from the Eagles again tied the score 23-23. Two more errors by the hosts gave NMU the win.

In the second set, Ashland tied the match 1-1 with a late run to break open a close score, though NMU answered itself to win the third set.

In the third, NMU jumped out to a 4-1 lead but the Eagles rallied to take a 13-11 lead. Northern freshman Abigail Durecki got a kill to pull within 13-12, which preceded three consecutive errors from AU followed by kills from NMU sophomores Hailey Wickstrom and Alyssa Milski to make it 17-13 in favor of the Wildcats.

After a point by Ashland, Durecki had another kill before senior teammate Sarah Kuehn followed an Eagle kill with a kill of her own. Ashland committed an error to make it 20-15, then scored three straight points to decrease NMU’s lead to 20-18.

Van Remortel got a kill before an Ashland point, then Stark smashed back-to-back kills to move the Northern lead back to 23-19. The Eagles scored again but Durecki got the score to 24-20, then Stark answered two points from the hosts with a kill to give NMU the set.

The fourth set was close early before Ashland built a six-point bulge, 20-14. The Wildcats pulled within two points twice, 22-20 and 23-21, first on an ace by Van Remortel and then a kill by Durecki. But an Ashland kill and NMU attack error ended the set with the teams tied 2-2.

In the deciding fifth set, the teams traded points early before a string of serves by Van Remortel turned a 3-3 tie into NMU’s 9-3 lead. The streak included three straight kills by Stark and an ace from the server.

back again, while an Ashland attack error ended the match.

Stark led the NMU with 19 kills while Durecki and Kuehn each added 16 and Wickstrom had 10.

Durecki led the net defense with five blocks, while Wickstrom and Stark each had two.